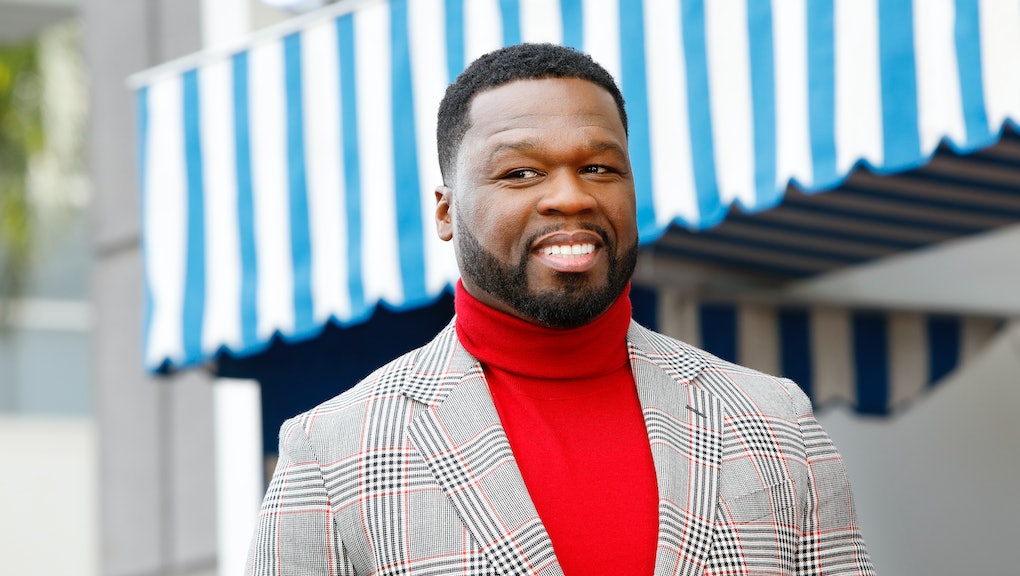 50 Cent and Donald Trump are actually perfect for each other

As hip-hop fans recover from last week’s shocking news that Ice Cube was working with President Trump, another rapper has come out in support of the president. Last night, 50 Cent shared his endorsement of Trump on Instagram.

Along with a screenshot showing Joe Biden’s proposed tax rates the New York native, whose real name is Curtis Jackson III, wrote “WHAT THE FUCK! (VOTE For TRUMP) IM OUT, FUCK NEW YORK The KNICKS never win anyway. I don’t care Trump doesn’t like black people 62% are you out of ya fucking mind.” The outrage came as a response to Biden’s plan to raise taxes for the wealthy — those making over $400,000 a year would pay 62% in New York City, 60% in New Jersey, and 58% in New York state.

Despite backlash from his initial post, he doubled down on his disapproval of increased taxes with another post this morning. But, many have pointed out that top earners in New York City likely won’t have to actually pay 62 percent due to deductions.

Back in 2017, 50 Cent claimed that Trump had offered him $500,000 for an endorsement, and help in reaching Black voters. But, he passed on the opportunity, explaining in an interview at the time “I was like, ‘Nah, that’s not good money. Nah, I’m not going to do that.” In 2016 he even tweeted, “Let us pray, lord please don't let Trump into office.

Now, it looks like the ‘Get Rich or Die Tryin’' hitmaker is happy to get behind Trump, even though he admitted himself that he “doesn’t like Black people." His support of the president quickly garnered praise from conservative pundits like Candace Owens and Tomi Lahren who commented “Welcome to the Trump Train.”