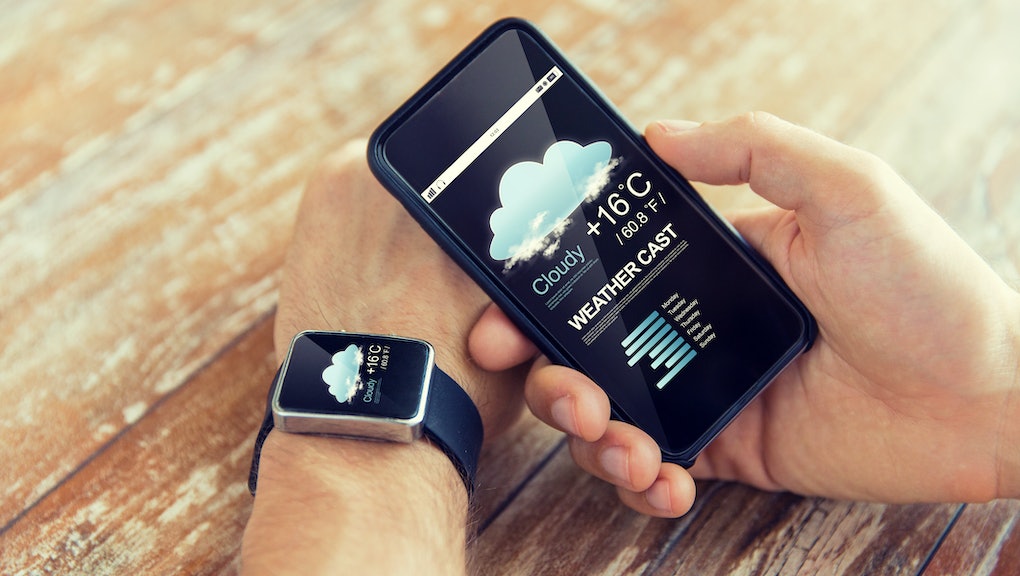 Tech companies are rushing to give consumers better products and better service. These updates rarely ever come cheap, though, and they may require more than just money. As cellphone companies start rolling out their new wireless signals, you may have to sacrifice accurate weather forecasts to have 5G service. That might not seem like a big deal but the House Science Committee has already expressed concern.

Globally, multiple countries have found themselves in a sort of race to implement 5G. Right now, it's available in 40 countries worldwide, and dozens of cities in the United States. Verizon alone offers 5G in 31 cities in the U.S., according to a Monday press release.

On its website, Verizon boasts that 5G is "one of the fastest, most robust technologies the world has ever seen." According to the company, 5G will power smart communities, super-connected autonomous cars, and more. This may sound great, but not everybody is sold on the idea.

Earlier this month, the House Science Committee published a bipartisan letter stating, "We are deeply concerned about the potential for degradation of our nation's weather forecasts. Earth observing satellites are critically important for protecting the lives and property of the American people from severe weather."

Essentially, cellular providers are fighting to get part of the electromagnetic spectrum. National Geographic described the spectrum as similar to water on a river. That's a limited supply and most of what's available is already being used for other kinds of communication like GPS, satellite controls, and more.

The issue with adding cellular providers' 5G isn't just a matter of space. Another problem is that that they won't make good neighbors to everybody else who is already using that spectrum. Jordan Gerth, an atmospheric scientist at the University of Wisconsin Madison, compared the spectrum to an apartment building.

“There’s some general expectation that everybody keeps relatively quiet. In the spectrum land, we have our meteorological application, our science applications, and those that require a very quiet environment and adjacent environment," Gerth told National Geographic. "But the telecom signals are typically very loud, and are also susceptible to leaking outside their space."

The House committee's concerns are largely stemming from a March report by the Commerce Department and NASA, which found the Federal Communications Commission "has proposed policy that could jeopardize the collection of vital information for weather prediction."

Despite these concerns, the Trump administration has continued to back 5G technology. According to BuzzFeed News, part of that is because the cellphone industry says that 5G will be a $565 billion industry by 2034.

The average person may not be aware of how much they rely on weather forecasts and can be frustrated by their unreliability. Some weather apps are notorious for giving out completely different forecasts from each other. But, it's about more than knowing if you need to ditch a jacket for the day.

These forecasts help predict severe weather like floods, storms, and hurricanes. With climate change causing an increase in extreme weather events, it doesn't seem wise to do away with one of people's few remaining protections.