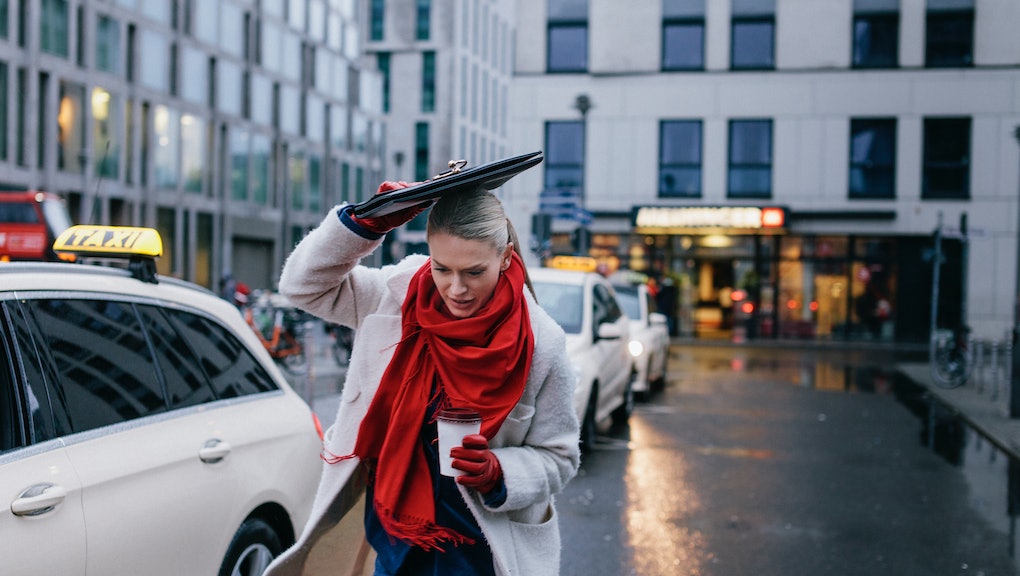 Why are weather apps still so unreliable?

It's early in the morning, you've just been shaken awake by your alarm, and it's time to get ready for the day. Without thinking much about it, you probably grab your phone and navigate to your weather app of choice so you can figure out what you'll be facing when you step out of the door. The problem is that those predictions are too often wrong, and you get stuck in a downpour without an umbrella or shivering in a short-sleeved shirt while gusts of wind make it feel like it's below freezing out. Complicating matters even more is the fact that if you check multiple weather apps, you might get completely different forecasts. Technology has come a long way in a short time, so why does it still feel like our weather predictions suck?

Why are forecasts different across weather apps?

You are undoubtedly familiar with the plethora of weather apps available. Services like AccuWeather, The Weather Channel, Dark Sky, WeatherBug and any number of others all promise to provide you with an accurate forecast. But if you check those apps separately, you'll sometimes see that they can't even agree on a forecast. That's because while these apps all ostensibly do the same thing, they rarely pull their data from the same sources. Eric Floehr, founder of ForecastWatch, tells Mic that each app gets its forecast from different places, utilizing different prediction models and relying on different meteorologists to interpret the data. "The big weather apps like AccuWeather, The Weather Channel and Dark Sky all create their own forecasts," Floehr explains. Some of those services also sell their forecasts, which apps like Yahoo's weather service and WeatherBug repackage in their own app — but that doesn't guarantee agreement, either. "Each company that creates forecasts uses different models, different processes, and are edited by different meteorologists," Floehr explains. "So different forecasts for the same location may be different, and some are generally more accurate than others."

Dr. Matthias Steiner, a senior scientist at the National Center for Atmospheric Research, echoed these sentiments. "There are many sources of potential differences," he tells Mic. "They may be caused by the use of different data sources ... quality control of the data, space and time scale for which the information is valid, rendering of the information [or] interpretation by the user of the information." Essentially, even if the data is the same — and there's no guarantee that it will be — it can still interpreted in different ways, which results in differing forecasts across apps.

In general, you will be better served using an app that creates its own forecasts. As AccuWeather has stated, forecasting is "an art as much as a science" and relying on a service that just relies on another source for its data means missing out on part of the art. "The information provided on weather apps is often, though not always, automated. As such, professional meteorologists are not monitoring and updating it," Jordan Gerth, honorary fellow at the Cooperative Institute for Meteorological Satellite Studies at the University of Wisconsin-Madison, tells Mic. Because weather changes quickly, even the most reliable computer models are subject to errors and inconsistencies. That's where having meteorologists who are familiar with the models and data comes in, as they can interpret the information and use their expertise and experience to help shape the forecasts.

What part of weather app forecasts can you trust?

In general, weather apps thrive in some areas and struggle in others. Luckily, one of the things that weather apps are best at is probably the purpose that you're using the service for in the first place: seeing what the day's weather will bring you. "Weather apps can be great for general weather information such as the temperature outlook for the week and whether you should grab an umbrella on the way to work," Gerth explains. Likewise, Floehr noted that most weather apps are "great with near-term temperatures" and even do quite well predicting temperatures several days in advance. "They do really well predicting climatologically normal weather," he says.

A comprehensive study of weather forecasts conducted by ForecastWatch bares this out. By analyzing more than 95 million forecasts from six major providers, ForecastWatch found that most forecasters manage to predict daily high temperatures correctly —within three degrees Fahrenheit — at least 70 percent of the time. Low temperatures proved to be trickier, but most providers were within three degrees more than 65 percent of the time. Furthermore, ForecastWatch research has found that five-day forecasts have seen a 40 percent improvement in accuracy over the last 12 years and are just about as accurate now as one-day-out forecasts were more than a decade ago. If you're checking your weather app of choice to see what the daily temperature will be, or even to plan out your outfits for the week, you can feel relatively confident in the accuracy of those forecasts.

What do forecasting apps consistently get wrong?

If you're looking at anything beyond daily or weekly temperatures, you may want to take forecasts with a grain of salt, especially as we find ourselves dealing with more and more extreme weather events that are difficult to predict — a side effect of climate change. Floehr said most weather apps struggle to accurately predict things like snowfall and thunderstorms. The reason: "Small differences in atmospheric moisture and temperature means big differences in what happens on the ground." He says even the smallest changes in these elements can be the difference between a light dusting and six inches of snow blanketing your city. As for convective storms, more commonly called thunderstorms, it's hard to know exactly where they will form, making it difficult to actually predict how big the storms will be and what will be affected by them. " Will it be five miles north, or south, or right on the current location? That could mean the difference in getting soaked or staying dry," Floehr says.

It's also worth noting when you see a percentage next to rain or snow in your app of choice. When an app tells you there is a 20 percent chance of rain, it's a way of expressing something called the probability of precipitation. On its face, processing that as a "20 percent chance of rain" means it more than likely will not rain, but that's not quite what the number actually means. Instead, it's an expression of how much of a given area can expect to see rain during the day. If you see a forecast that says there is a 20 percent chance or rain, what it likely means is that 20 percent of an area — your city, for example — will see rain during that period. Some forecasts express the figure as a prediction of both the likelihood of rain and, if it happens, how much area it will cover. But in general, expect that if there is a prediction of rain, it means some part of your area will be getting wet.

If you want to get the sense of if it might rain or snow, your app of choice is largely fine — just don't take the predictions as gospel. For more threatening weather, Gerth says that "tuning to a trusted media, government, or industry source that is familiar with your local area is most ideal."

Where should you get your forecasts from?

Just because your weather app can't nail the forecast perfectly every single day doesn't mean that you should give it up. In fact, for day-to-day stuff, your app should be reliable enough to count on as long as you understand what to expect from it. Temperatures are largely going to be within an accurate range. Floehr says, "Different providers do better in different areas, but you can't go wrong using any of the big, well-known weather forecasting apps like TWC, AccuWeather, or Dark Sky." You can check to see which app produces the most accurate forecasts in your area by checking Forecast Advisor, a service that measures the accuracy of major forecasters by their temperature predictions in different ZIP codes. Otherwise, you can trust your local meteorologists to have a good grasp on what the weather will be like in your area.