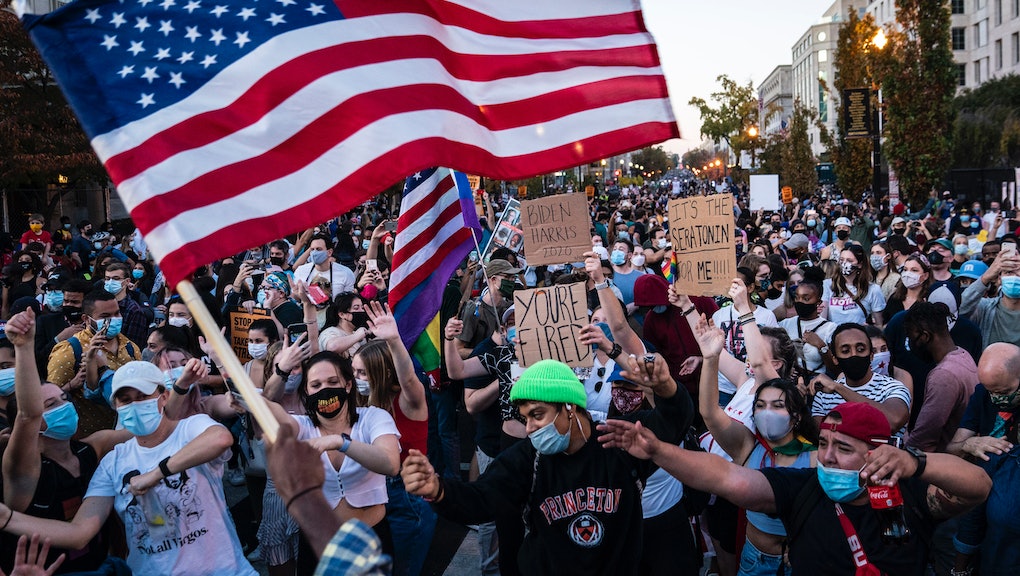 6 things that brought joy in 2020, a dumpster fire of a year

As divisive as this past year has been — maskers versus anti-maskers, Democrats versus Republicans, and racists versus good humans, etc. — it's almost comforting that we can all agree one thing: 2020 was a raging dumpster fire. While I'm excited about the change 2021 will bring, I'm tiptoeing into it, cautiously hopeful yet reasonably paranoid. One thing I will be taking with me into the new year, though, is my newly found resilience. Somehow, I managed to grab and hold on to some moments of pure joy in 2020, and judging from the IG posts, I know many of you did too.

The happy moments were like lifelines this year, dragging us to dry ground in the emotional and sometimes literal (shout out to the Gulf South) hurricanes. Here are the things that brought us the most joy this year. May they multiply exponentially for all of us in 2021.

Thanks to growing up in one city, moving to another for school, and then moving to NYC after graduation for a job, most of my closest friends don't actually live close to me. In any other year, that's a bummer, but not a crisis; we're good about getting on planes every few months to see each other. But that obviously didn't happen in 2020. And no matter how many video calls you try, none of them replicate the feeling of truly great hang with a best friend.

You know what gets close, though? Care packages. You can only send a great care package if you know someone really, really well, and receiving that thoughtfulness and intimacy via the mail is the next-best thing to an IRL hang. Shoutout to the books, specialty hot sauces, and fleece blanket shaped like a Belgian waffle that I got from friends this year — opening those boxes was the purest joy I could find in 2020. —Kimberly Alters, Politics Editor

Picking a positive highlight from 2020 is not an easy thing. It was a year of hot holy hell trash all around, but there was one thing that brought me — and countless others — a slight sense of joy: the Four Seasons Total Landscaping debacle. After one of the most intense, combative, and surreal presidential campaigns in history, Rudy Giuliani and the rest of Trump's legal team holding an impromptu press conference in the parking lot of a landscaping company wedged between a sex shop and a crematorium is one of the funniest things that has ever happened. Period. It was a brief, but glorious moment of pure hilarity in an otherwise very unfunny year. —Jonathan Smith, Innovation Editor

Election week in particular was draining and migraine-inducing. Personally, that week consisted of constantly refreshing outlets' election trackers and hearing loops of cable news election intro music. But when the press officially called Joe Biden as winner of the 2020 presidential election, I felt a sliver of hope for the first time in months. On that unusually warm Saturday, footage panned over crowds dancing in the streets, yelling from windows and rooftops, grins shining with unadulterated joy. It made me feel like I was living through the feel-good ending sequence of a movie.

The Biden administration has its work cut out, and our president- and vice president-elect certainly aren't perfect; this is no "Happily Ever After." But in a year that's made us all witnesses to immense pain and grief, Nov. 7, 2020 felt victorious. That day, some semblance of humanity had finally won. —Alisha Sahay, Social Media Editor

In April, during the height of the pandemic in New York, my friend Michael and I began an unusual routine: Each day we would meet at a nearby park and kick around a ratty tennis ball like a soccer ball for an hour, until 7 p.m., when the park would erupt in applause for the essential workers of the city and we'd join in.

And then we would return to our respective homes, where we'd do things like cook dinner alone and rewatch the governor's daily coronavirus updates. The routine — "soccis," we called it — was modest, I will be the first to admit: I remember friends laughing politely when I told them. ("It's like war-time," remarked one.) It wasn't much, but it was ours, and sometimes you take what you can get. —James Yeh, Culture Editor

As the official news broke that Joe Biden had defeated Donald Trump, the dull hum of cheers and honking intensified. I opened the window to let in the sound. Unseasonably warm air filled my apartment and almost immediately, I felt different.

The streets of Brooklyn quickly erupted into a bonafide celebration, and my partner and I rushed outside to join in the revelry. Grinning people passed, more than one drinking directly from an open champagne bottle. Cars driving past honked with abandon; one blared YG and Nipsey Hussle’s “FDT” as pedestrians cheered. Another had a pair of children, heads poking through a sunroof, smiling and waving flags. A USPS truck was met with such unbridled enthusiasm it took him several minutes to make it around the corner.

One Cobble Hill intersection turned into an impromptu parade, with people gathered on each side cheering and raising homemade signs in the air as cars drove by. In a surreal moment, a saxophonist playing “When The Saints Go Marching In” walked into the center of the street and was subsequently swarmed. Standing in the center of that intersection, surrounded by strangers, I started crying. I felt deeply connected to other human beings in a way I hadn’t all year, maybe even in four years. I felt an emotion swell in my chest I couldn’t name. Was it relief? No. It was something different, something that had become foreign to us — it was joy.

That night in Fort Greene, a spontaneous block party erupted as house music blared out the back of a van with a flag that read “Love Wins.” Masked strangers danced with abandon, radiating elation. It was perhaps the purest New York moment I'd ever experienced, and I let it permeate me. —Shanté Cosme, Executive Editor

Birthdays are huge in my family, and as mine approached in November, I grew more and more depressed that I wouldn’t be able to pop champagne and eat cake with everyone I love. But surprisingly, it was one of my best birthdays ever. Small and safe forms of decadence made it special, and one thing stood out: a shout-out from my favorite musician and all-around hero.

My team at work gifted me a cameo from Big Freedia, the queen diva. I clicked the link, and she popped up on screen, wishing me a personal happy birthday. And what’s more, she said she hopes to turn up with me one day soon. In a year devoid of those precious turn-ups I so badly craved, this Cameo sparked enough delirious joy to make everything, all of a sudden, feel better than okay. Freedia has been through hell and made it out with an unparalleled zest for love and life, and I can only hope to match that energy. As far as the friends who gifted me the Cameo, they truly hit the mark. I’d never felt so seen. —Rajul Punjabi, Wellbeing Editor

More like this
Tinder for anti-vaxxers is my actual nightmare
By Melissa Pandika
Could "chickenflation" tilt America toward a more plant-based diet?
By Tracey Anne Duncan
Will full FDA approval convince the vaccine hesitant?
By Melissa Pandika
Stay up to date