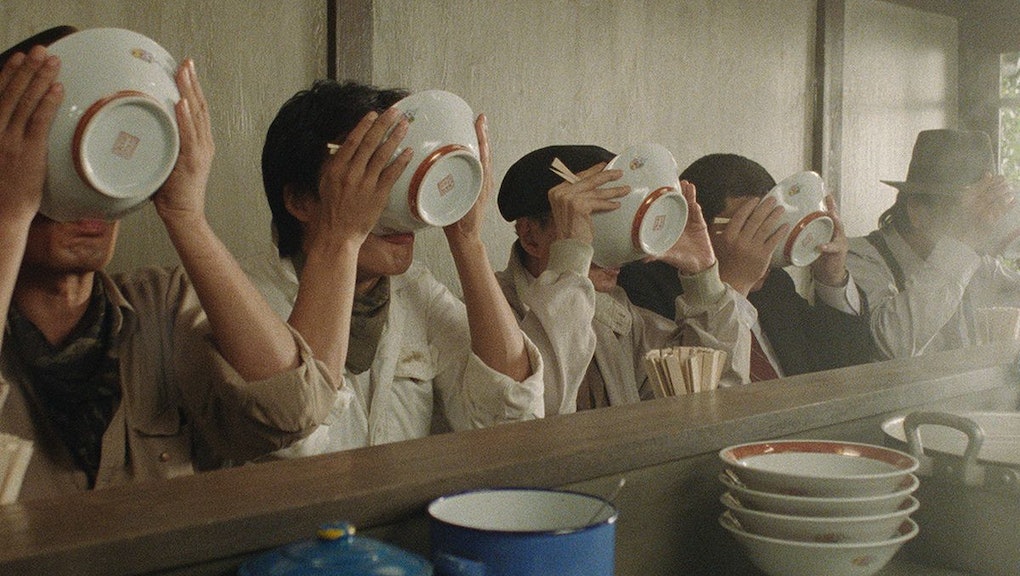 7 foreign movies to stream if you miss traveling

We’re getting closer to better days — the weather’s warming up, vaccines are being distributed in the millions per day, and there’s a genuine chance that this summer could be significantly better than the last. This doesn’t mean things are going fully back to normal, of course. Studios optimistically have big releases on the books for as early as June, when that might not be feasible. The music festivals and summer vacations are still going to happen for many, but for the more tentative, movies can be the best alternative for an international escape. So if you’re still feeling uncertain about hopping on a transcontinental flight, here are a few foreign language films to just slightly feel like you’ve traveled to the other side of the globe.

We begin with an out-and-out vacation movie, even if it winds up being the vacation from hell. The film’s central family thinks they’re going on another lavish ski trip to the French Alps, before it ultimately shakes their whole equilibrium out of whack. Ruben Östlund’s pitch-black comedy somehow wound up a viral sensation for its pivotal scene — a father abandoning his family during an avalanche, leaving them to figure it out on their own. It’s no spoiler to say that things don’t entirely go south from this point, but it still results in a great farce, masterful in its excavation of masculine fragility and responsibility.

This was an early pandemic watch for me, so when the film’s protagonist came across a flyer to “rediscover contact with yourself and others,” you can imagine how I might have received it! But Eric Rohmer’s The Green Ray winds up being another anti-vacation vacation movie, following a woman named Delphine, whose post-breakup listlessness sends her darting around France in search of... something that shakes the doldrums. Take it as a crucial reminder that being in huge crowds can still be a bummer if you aren’t up to the task, and that few cinematic pleasures are greater than aimless backyard conversation in Europe.

All right, here’s another bummer for you. To be frank, I don’t remember too much about this one besides being enthralled during a freshman dorm laptop viewing [REDACTED] years ago. Although Contempt doesn’t pack the loose innovations in form offered by Jean-Luc Godard’s more lauded Breathless, we instead get Brigitte Bardot and Michel Piccoli working out some irreconcilable differences in their marriage during a showstopping apartment clash. Consider it an added bonus that some of this plays out in the luxurious Capri, under the pretenses of Fritz Lang (fictionally) adapting The Odyssey.

What’s a vacation without the scrumptious, slurpable food? An absolute essential, whether it comes in the form of a shoebox-sized ramen restaurant, or transferring an egg yolk from one mouth to another in a hotel room. One of my favorite quarantine first-watches, Tampopo is an incredible food movie — capturing the pure romance and reverence for appreciating the perfect ramen. (“Contemplate the ramen, caress the ramen!”) This much was expected from the lead image on Criterion, but I was totally blindsided by the Tati-level playful vignettes that dart from Western to farce to mobster offshoots without warning. What a disorienting delight.

Olivier Assayas is simply one of the best living filmmakers, with such a knack for directing actors and an incredible range in filmography. Although most American audiences only came around to him by the time Clouds of Sils Maria and Personal Shopper were released, his early masterstroke Cold Water might just be the best place to start. Maybe the least overt tourism you’ll find from anything on this list, but by the end you’re left in the French countryside with melancholic lingering and a world of possibilities. Largely autobiographical, this follows Assayas’s own upbringing as the rebellious son of intellectuals. There’s a real danger to it all, and nothing more transporting than its centerpiece party sequence, with the long take soundtracked to “Me and Bobby McGee.” Sure, a kegger in an abandoned building can happen anywhere, but this has a remarkable sense of place and era.

Okay, another devastating bummer here, but this time from Hirokazu Kore-eda. Set in Tokyo, it follows a chosen family of — you guessed it, shoplifters — who work out a living arrangement all their own to navigate dehumanizing poverty in the city. Like all his best works, it’s another naturalistic, warm film that still probes some genuinely discomforting emotional terrain. There’s one true moment of levity, when they find their way to the beach, as seen on the poster, so consider that the closest Shoplifters gets to true escape.