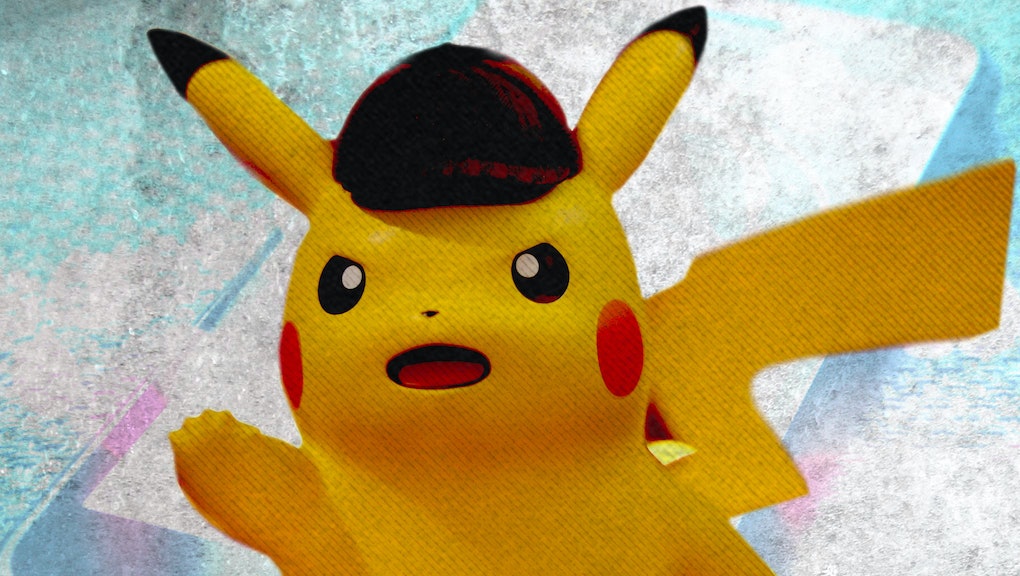 7 Pokemon apps & phone games for anyone excited about 'Detective Pikachu'

People have been buzzing about Pokémon again lately, and it's mostly thanks to the Pokémon Detective Pikachu movie that is launching into theaters on May 10. Judging from the trailers, the movie boldly updates the looks of all our favorite Pokémon to bring them to live action in shockingly creative and so-weird-it's-cute ways that tickle the fancy of excited fans. The hype, and nostalgia, is real. Is all this Pokémon talk starting to make you feel like digging out your Game Boy Color? Grab your phone instead — check out these official Pokémon mobile games that could scratch your Pokémon itch.

Pokémon Shuffle Mobile is the mobile version of the downloadable, free-to-play Pokémon Shuffle game for the 3DS. This cute entry into the puzzle genre takes the theme of the franchise — catching and training Pokémon — and applies it to a matching game.

Players are Pokémon trainers who set up a Pokémon team to use in a "battle" with other wild Pokémon. Trainers have a limited number of moves to defeat the other Pokémon, so make sure to use the right Pokémon for each stage! Your team's strength will depend on their levels, types, and abilities. Pokémon Shuffle Mobile features weekly events to give players new challenges to try.

Available on: Android, iOS, and 3DS

Magikarp is an infamously weak Pokémon that usually serves as a running joke in the series. Its specialty is flopping around on the ground like a, well, fish out of water that can't do anything. Even the Pokedex in Omega Ruby can't resist a dig on the poor thing. "Magikarp is a pathetic excuse for a Pokémon that is only capable of flopping and splashing." Ouch.

Well, look who's the joke now? Magikarp gets a moment to shine in the mobile game, Pokémon: Magikarp Jump. Players are trainers who are in search of a good Magikarp that can jump (more like flop, honestly) the highest in a contest of skill. Once you catch a Magikarp, you train them, feed and raise them, and keep them alive long enough to make it to the next jumping contest. The game is full of random events that can boost or break your efforts and, unlike other mobile games, has a definitive ending that keeps it from dragging on too long.

Does the phrase "first-edition holographic Charizard" still make you think of a time when kids were turning into card-collecting versions of Gollum protecting his precious ring? If so, Detective Pikachu might have you reverting to your old ways with a special promotion during opening weekend for a Detective Pikachu trading card. This card isn't just for collecting; it's part of the Pokémon Trading Card Game (TCG) that is also available online and on tablets.

Pokémon TCG Online brings the real-life card game to the virtual world with a digital board and card packs for people to purchase. Each digital card is like the IRL version with its own attacks and attributes for players to strategize and use. With these cards, trainers can battle and trade with others from all around the world to earn rewards. Pokémon TCG's basic rules can be intimidating for beginners at first, but fans and curious collectors might find it rewarding to give the game a try.

Available on: Android, iOS, and PC

When it first released in 2016, Pokémon GO made the news for its innovative attempt to bring Pokémon into the real world using augmented reality (AR). It was hit or miss with players at the time and many fans lamented the lack of gameplay features within the game. However, the game endured partly by introducing the franchise to many new people, including parents who wouldn't consider themselves hardcore fans. This phenomenon was notable enough that a team at the University of Washington did a study on it.

Now, the developers of Pokémon GO have updated and refined the mobile game enough to add more features like battling against other trainers, adding friends, giving gifts, and trading Pokémon. There are also seasonal events where you can catch an adorable Pikachu wearing special hats. Keep an eye out for a detective hat Pikachu for the release of the Detective Pikachu movie!

Here comes a strangely blocky and adorable addition to the Pokémon mobile lineup. Pokémon Quest is a game that features an adorable crew of Pokémon that live on Tumblecube Island. Players arrive on the island to go on an expedition while befriending Pokémon along the way. These Pokémon have abilities and strength that can help with your journey.

Instead of Pokéballs, you get ingredients to make various types of soup that will attract Pokémon to your camp. Different types of soup bring in different types of Pokémon, so experiment with as many combinations of ingredients as you can. Once a Pokémon decides to help out, you can lightly customize their stats and abilities through stat-boosting tablets, training, and transferring abilities. The game also features an auto-play mode for busier trainers looking to quickly level up as they work.

This is a digital board game with a captivating Pokémon twist. With Pokémon Duel, players can create a customized, masked character and participate as contestants in strategy-based duels. Here, Pokémon are figurines with a limited number of moves to cross the board. The Pokémon engage in battle to push other Pokémon off the board and reach the goal to win. You can fight through the main campaign against A.I. opponents or choose the option of battling against online, human opponents. Either way, you'll need to solidify your strategy to play and create good teams that will control the board for you.

All right, it's not really a mobile game. But, look, it's the closest we'll get to having a Pikachu around. Maybe not our own Detective Pikachu, but it's close enough, right?

Pikachu Talk is an app that allows you to talk with a Pikachu through Alexa or Google Home. Once you download and install the app, you can chat with Pikachu and ask questions for some very Pikachu-like answers. Since most Pokémon can only say their own names, and Pikachu is no exception (save for the one in the movie), this can make your conversations rather limited. But Pikachu will do its best to respond to questions and commands such as "say pizza ten times."

For longtime fans, these apps are fun, unique, and as close as we'll get to having a Pokémon of our own. And not even Justice Smith, who plays Tim in Detective Pikachu, can resist that dream.