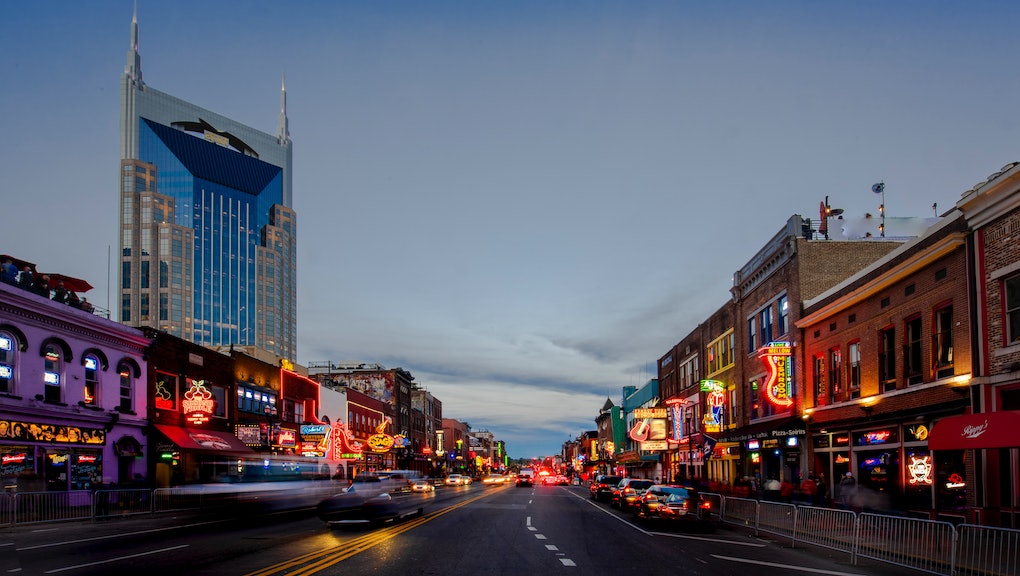 8 cities with great culture that are actually affordable

As what was supposed to be a two-week lockdown stretches into its twelfth month, more people are considering making drastic moves. Being stuck in cramped apartments in big cities with not enough green space has made some long for nature. Other folks feel liberated by not having to go to an actual office anymore and are looking for new creative places to explore. But most of our incomes have been impacted by the pandemic, so that takes all the cities touted as the most creative or progressive — a.k.a. San Francisco, New York, and Los Angeles — off the proverbial map. Here are some smaller, cheaper cities that might not suck for young creatives.

For art lovers, Beacon, NY is an actual beacon. It’s home to much loved art space, Dia: Beacon, and very close to the Storm King sculpture garden. Nestled in the Hudson River Valley, it’s got all the green space you could ask for and it’s less that a 90 minute train from NYC in case you start craving smog or real pizza.

Nashville has always been known as a mecca for music lovers, but these days it’s a haven for all kinds of artists. It’s racially diverse and there are a lot of queer folks there. Nashville sits on the Cumberland River near the Smoky Mountains, so you can live off-the-grid and on-the-cheap just a few miles from the city center.

John Waters and Deetrananda both hail from Baltimore, and that’s basically enough for me to recommend it, but in case you need more reasons, Baltimore has a prominent queer presence, is relatively progressive, diverse, inexpensive, and right on the Chesapeake Bay. It has a culture all its own, but it’s also super close to Washington, D.C. if you want in on some Capitol art or politics.

Asheville is like Austin’s mountainous cousin. It’s got great independent bookstores, coffeeshops, vintage clothing stores, and a really cool art scene. It’s pretty white and kinda hetero, but it feels like a place that is trying to welcome diversity even if it hasn’t gotten there quite yet. Asheville feels like the kind of city that would be real cool to live in if you could get 20 of your friends to come live in a converted school bus with you.

Some people are calling Bend the “next Portland,” and it seems like the dream of the 90s that died when Portland got pricey is indeed still alive in Bend. It’s cheap, liberal, full of artists, and it’s in the high desert so it’s got that kind of alien PNW beauty. A warning: Bend is also pretty white and not particularly queer unless you’re going for a Brokeback kind of vibe, but as always, your choices are valid.

Detroit is probably the least expensive city on this list, and therefore potentially one of the best for creatives who haven’t made Banksy yet. It’s seen a major uptick in diversity in the past decade and it’s always been one of the most progressive cities in the U.S.. Detroit itself isn’t the greenest, but it’s a quick trip to some real natural wonders. It’s not coming up on my gaydar, but that will inevitably change, as will any place where there’s art, concrete, and rent below $800. Someone just needs to write a song about it.

Richmond has been a great place to be kind of a punk for decades. The city is small, but extremely diverse, so there’s not just one great music or art scene, but several. Richmond is on the James River and close to some great National Parks. Unfortunately, it’s pretty politically conservative, but the proximity to several universities means that there are some progressive thinkers. Lock your doors, though, because this is the kind of place that teen goths go to commit crimes. True story, but honestly, I still feel like stealing someone’s TV is really a favor.

Kansas City is one of the most diverse cities in the Midwest. It’s known for its music scene and its barbecue. It feels a little het normie to me, but there’s tons of places to hike, so there must be queer people nearby, right? It’s also home to the Nelson-Atkins Museum of Art, which houses some amazing contemporary art.

This article was originally published on March 1, 2021