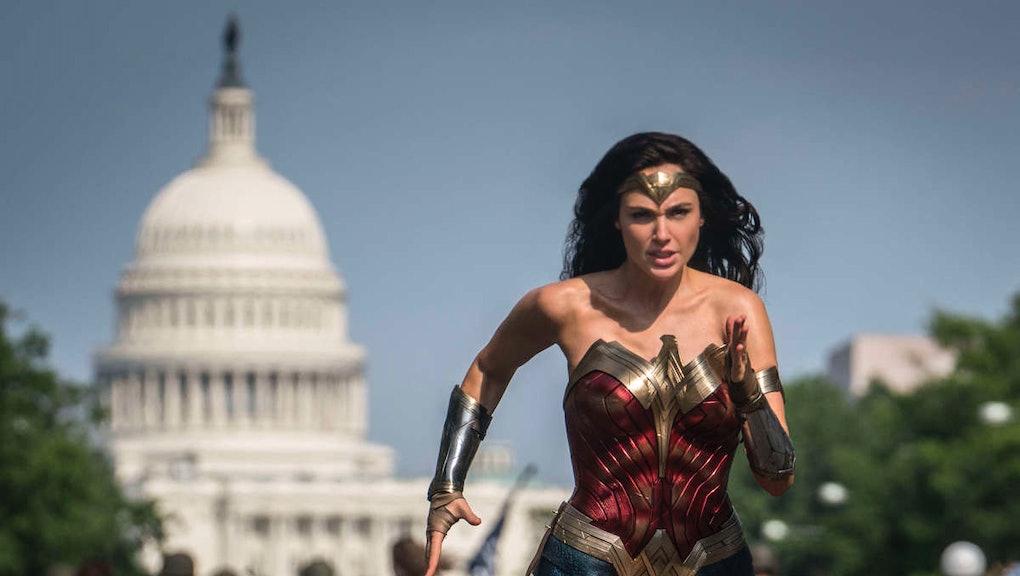 9 new fall movies to watch in theaters or on demand

Will it ever feel safe to go back to the movies? The viability of the film industry here in America hinges on our ability to get the pandemic under control, like other societies abroad have done. It’s been more than six months since COVID-19 shuttered cinemas; meanwhile, streaming has exploded as the safe entertainment option du jour for a coronavirus-wary public. Despite the havoc this year has wrought, there are still a bunch of new movies slated for fall 2020.

But before we dangle all the enticing entertainment “coming soon” in front of your eyeballs, an important disclaimer: lots of highly-anticipated films keep getting pushed back, because studios are seriously doubting that audiences will feel comfortable going to the movies anytime soon. Last week, Wonder Woman 1984 got pushed back from October to December, for example.

Filmmakers are still angling for big theatrical releases, when possible, though people are starting to get used to immediate access to big releases via streaming, like Mulan on Disney+. The release of Tenet in early September was supposed to help shore-up the film industry — or at least the movie theater business. But Christopher Nolan’s time-bending, explosion-filled epic hasn’t proved a big enough pull to bring people back to cinemas en mass.

Until coronavirus abates, the film biz won’t get back to normal anytime soon. But pandemic permitting, there are a lot of new movies slated for release, both in theaters and on streaming, that promise to help us all get through the uncertain months ahead. Here are our top picks:

Like so much of Miranda July’s work, Kajillionaire is bizarre, heart-wrenching, funny, and oh-so-smart. July wrote and directed the crime-comedy, about a family of scammers whose daughter (Evan Rachel Wood) finds surprising solace in a relationship with one of their targets (Gina Rodriguez). Kajillionaire is braving theaters on September 25, followed by an on-demand streaming release on October 16.

Sofia Coppola has reunited with Bill Murray — and this time she made something lighter than Lost In Translation. The father-daughter comedy-caper also stars Rashida Jones, as a woman worried her husband is cheating; Murray portrays her playboy father, who insists on helping her stake-out the shady dude. It hits select theaters on October 2 and Apple TV+ on October 23.

All the early buzz for Radha Blank’s directorial debut has been ecstatic. Bow down: the esteemed playwright also wrote, produced, and stars in The Forty Year Old Version. The film sounds smart and hilarious; Blank’s character, also named Radha, is a struggling playwright on the cusp of 40 who decides to take up rapping. The gorgeous film is shot in black-and-white and unlike anything else you’re likely to see this year. On Netflix October 9.

Wow, noting that a film was a breakout hit at Sundance feels so surreal. January of 2020 seems like it was eons ago, does it not? Anyhow, back in the before-times, Garrett Bradley’s documentary, Time, was heralded as the best thing at this year’s Sundance Film Festival. It follows the saga of Fox Rich, a woman from Louisiana raising six kids while simultaneously fighting for her husband’s release from a life-sentence in prison. Rich filmed herself over two decades; the emerging portrait of America, the criminal justice system, and the strength of humanity is reportedly intoxicating. In theaters October 9; on Prime Video October 23.

Riz Ahmed plays a heavy-metal drummer who’s losing his hearing in this arresting portrait of an artist struggling with loss from filmmaker Darius Marder. Sound of Metal first premiered roughly a year ago, at the 2019 Toronto International Film Festival, to warm reviews. In theaters on November 20 and streaming on Prime Video on December 4.

Call it the “hard-rock” companion film to 2019’s Portrait of a Lady on Fire: this queer period piece from director Francis Lee centers on the 19th-century romance between a paleontologist (Kate Winslet) and a married geologist (Saoirse Ronan). In theaters November 13.

Oh, the beleaguered “Bond 25” film, marking Daniel Craig’s last outing as the dapper 007. The film was supposed to grace cinemas way back in April, with Billie Eilish crooning the title theme, remember? Now, it’s tentatively slated for the end of November — though if the pandemic doesn’t play nice, this is one that’ll likely get pushed, again. Hopefully in theaters November 20.

As we noted up top, it’s been a long, long wait for Patty Jenkins’s second installment in the Wonder Woman film franchise. The 1980s-set superhero blockbuster was initially slated for the fall of 2019, before getting pushed to June 2020, then October, and most-recently to Christmas. Fingers crossed that’s a realistic release date! Slated for theaters December 25.