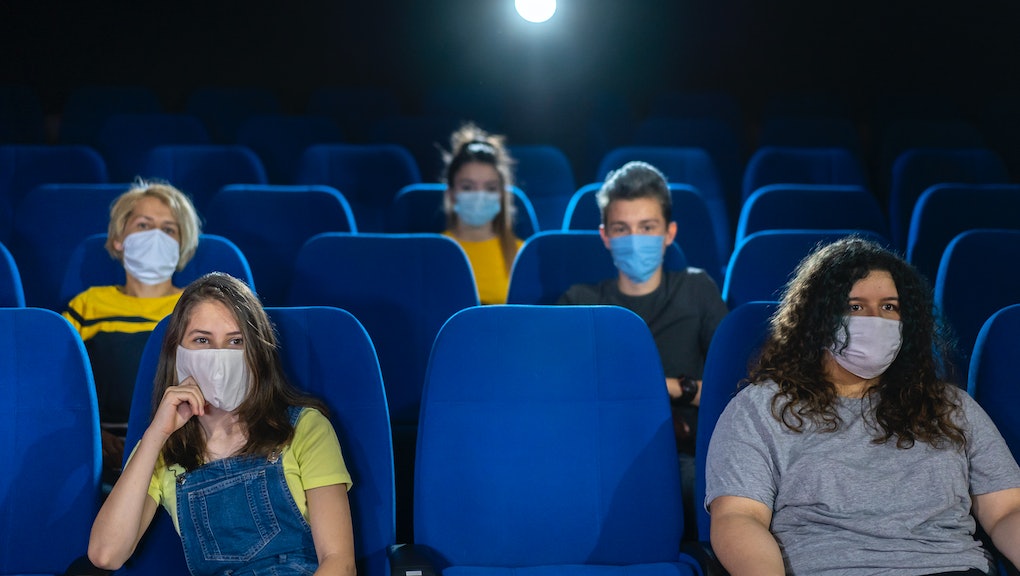 Movie theaters may never go back to normal

Like so many other cooped-up and stir-crazy Americans, I’d pay a hefty sum to be able to safely see a movie in theaters again. I don’t even care what’s playing. It’s not like I’ve been hurting for stuff to watch. On the contrary, my streaming queues have never been fuller. Being homebound has been an excuse to watch lots of old movies I was too young to see in theaters the first time around, like The Sixth Sense, which for the record is not spooky at all if you go in knowing the ending already, like I did. But I digress.

The coronavirus pandemic shuttered every movie theater in America (except a handful of drive-ins) in early March, and cinemas are facing an existential crisis of industry-shifting proportions. Lots of smaller cinemas might simply disappear. “You can’t prepare to be closed for 90 days. No business prepares for that,” Brock Bagby, vice-president of B&B Theatres, which operates more than 400 screens across the Midwest and South, told Vulture. The company’s been in Bagby’s family for nearly a century, and he’s trying to strike deals with his creditors and vendors, “but there may come a point where we say, ‘Here’s the keys if you want them,’ because we don’t have a choice,” he said.

Cinemas will weather the pandemic, of course. Some are already beginning to reopen, tenuously, in places like Georgia and Texas. But the moviegoing experience of the future is likely to feel a lot different from seeing a film in theaters just a few months ago. Almost like the way 9/11 forever transformed air travel, coronavirus has changed the way people think about sharing cramped communal spaces. At a minimum, cinemas will require masks and only fill theaters to partial capacity. Food and drink will probably be verboten for a while; temperature checks and nosy questions about your health could become de rigueur, too.

Theaters have to scrub away patrons’ memories of sticky floors and grimy armrests, as well. “I’m not a public-health official by a long stretch, but I know that we feel better going into places that seem to be self-caring when caring for us,” Lynda Obst, producer of films like Interstellar and Sleepless in Seattle, told Vulture. “I mean, the fact that theaters are in the dark makes them scarier, right? So I think people will have to enter the theater when they’re bright, and the place has to look super clean. They’re going to need to be white, and sanitary, and fun-looking, and upbeat.”

That brings us to another possible future of movie theaters: they could get gobbled up by tech companies. As Medium’s OneZero pointed out, that’d likely result in lots of slick computer and AI integrations, meaning cinemas could start to look like Apple stores in a few years, with screens everywhere. There’s reason to suspect this is where we’re headed, too.

When COVID-19 shut down non-essential businesses, it looked like AMC Theatres would be forced to declare bankruptcy. The company wasn’t financially sound before the pandemic, but it took on an additional $500 million in debt to weather the crisis. In early May, Amazon was reportedly nosing around to buy the beleaguered movie theater chain, which caused a sharp spike in AMC’s stock price.

Buying movie theaters makes a ton of sense when you think about the other endeavors companies like Netflix, Amazon, Disney and their ilk have invested in recently. These corporations are dumping millions into original content for their respective streaming platforms. They’re giving traditional studios a run for their money, producing serious films that’ve garnered clout, awards and accolades. But sharing revenue with distributors, the middle men, has never been ideal. If a company like Amazon owned movie theaters directly, it could make money no matter where customers decide to watch its films — IRL or online.

Netflix was making moves in this direction well before the pandemic, signing a long term lease on New York City’s iconic Paris Theater last fall and looking to acquire LA’s landmark Egyptian Theatre, too. Those locations are strategic: ownership of the Egyptian in Los Angeles County, for example, would allow Netflix to still qualify for awards consideration without having to adhere to traditional “windowing” rules agreed on by studios and distributors.

The film industry has actually been down this road before: the Golden Age of Hollywood was partly brought about by another pandemic. Producer Adolph Zukor, whose company eventually became Paramount Pictures, bought tons of struggling cinemas in the wake of the 1918 Spanish flu. His efforts made Paramount the first vertically-integrated movie studio, which could produce, distribute and screen all its own films, effectively creating the Hollywood studio system. The era lasted till 1948, when a landmark antitrust Supreme Court ruling dictated studios had to relinquish control of the theaters.

The Trump administration has taken steps to dismantle those rulings, however, which means there’s ample opportunity for Amazon, Netflix, Disney and the like to revive vertical integration once again. That might not be all bad. More likely, it just means coronavirus is accelerating inevitable change in the industry. But one thing seems certain: the road ahead seems rocky for current cinema owners, big and small.