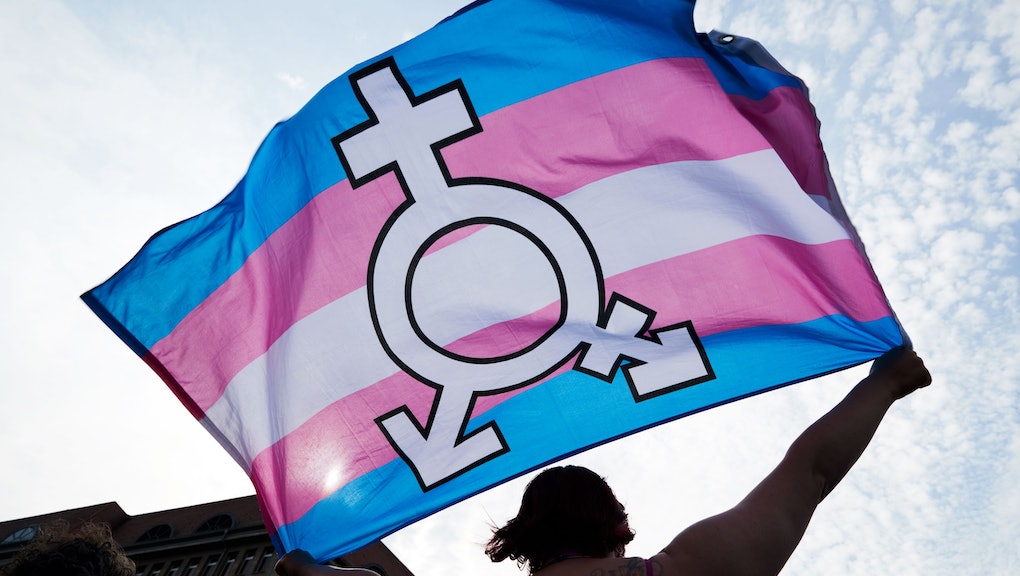 Another black transgender woman has been killed. According to the Dallas Police Department, authorities responded to a shooting at 6:40 a.m. on Sunday morning, and found Muhlaysia Booker, a victim of a vicious beating that had been filmed and posted online one month earlier, dead. Booker, 23, was killed by a gunshot wound.

Edward Thomas, 29, was arrested as a suspect in the beating, which took place on April 12. In videos recorded by onlookers at the scene, Booker can be seen on the ground while multiple men kick and punch her, calling her homophobic slurs.

There is currently no evidence that indicates that Booker's death was related to the attack, which occurred after a minor traffic accident, according to the New York Times. Thomas was charged with aggravated assault and was reportedly promised $200 to commit the assault by a voice heard on the video that has not yet been identified.

Booker suffered a broken wrist and concussion from the attack. After the video of the assault made national headlines, Booker spoke at a press conference about the attack.

“This has been a rough week for myself, the transgender community and also the city of Dallas,” Booker said in April. “This time, I can stand before you. Whereas in other scenarios, we are at a memorial.”

According to the New York Times, law enforcement have not identified any suspects in Booker's death. During a press conference, Assistant Assistant Chief of the Dallas Police Department, Avery Moore asked the public for assistance and condemned the murder.

“It is the DPD policy that we actively pursue murder suspects. We as a department hold human life dearly and precious as should everybody but we recognize not everybody does;" Moore said. "So speaking directly to them – I want you to know that the DPD has never tolerated murder and we never will so understand that we will actively, aggressively pursue you."

Lawmakers and politicians across the country have spoken out against Booker's murder, including presidential candidates Elizabeth Warren, Pete Buttigieg, and Kamala Harris.

According to the Human Rights Campaign, the three trans people killed this year – Claire Legato, Ashanti Carmon, and Dana Martin – were black trans women. Booker is the fourth. This number is likely higher, because there is no central database to report the deaths of trans people in the United States. In 2018, 26 trans people were murdered, according to advocates who work to track deaths that might not be properly recorded otherwise.

More like this
This couple's gender reveal stunt started a deadly wildfire. They're now facing 20 years in jail
By Joseph Lamour
What Madison Cawthorn packs for his flight: Heat
By Rafi Schwartz
Adam Kinzinger basically just outed his fellow Republicans as a bunch of cowardly phonies
By Rafi Schwartz
Stay up to date