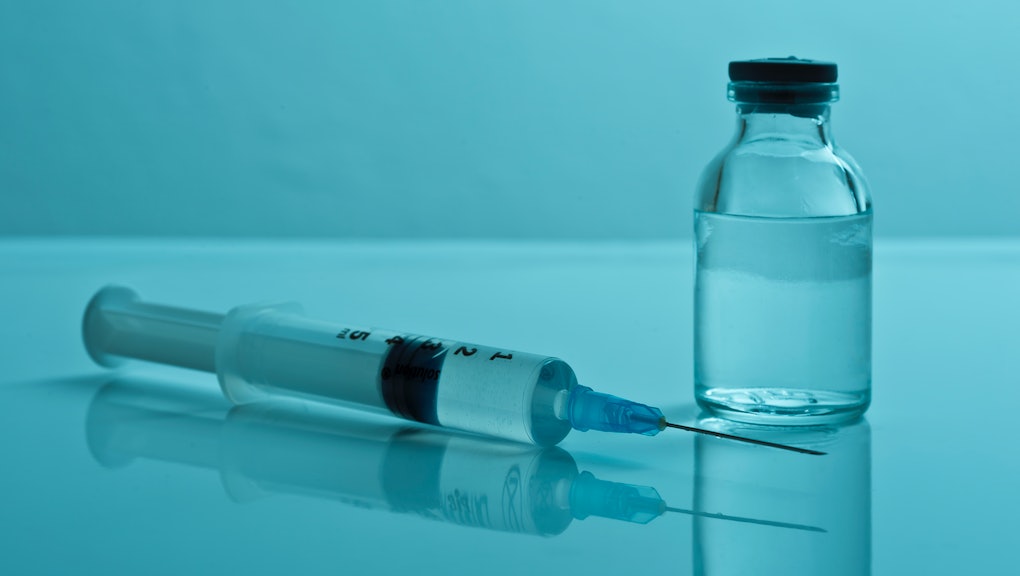 A coronavirus vaccine exists. Here's how long it might take to get to us

Within days of the news that a new strain of coronavirus, dubbed 2019-nCoV, was beginning to spread throughout China, researchers the world over began developing a coronavirus vaccine. There are currently about 6,065 confirmed infections, and 132 people have died of nCov in China thus far, so it makes sense that there’s a race to find both treatment and preventative measures. As it appears right now, though, the vaccine won’t be available to the public for about a year, according to the New York Times.

The concept for the vaccine began when Chinese health officials shared the genetic makeup of the virus on a public database on January 10th. Barney Graham, deputy director of the Vaccine Research Center at the N.I.H, and his team were in the lab the following morning trying to crack the code, the Times reported. Kizzmekia Corbett, the scientific lead for Graham’s coronavirus team, already had a system in place for developing a coronavirus vaccine after studying SARS and MERS, which are also in the corona family of viruses.

The theory behind the development of the vaccine is that scientists can prevent the virus from being able to get into the cells it attempts to invade. In other words, in order to create a vaccine, the researchers are trying to prevent it from invading a host’s cells, reported the Times. So, then, researchers are developing a vaccine that will create antibodies in a host (say, for example a journalist traveling to Wuhan) that recognize and fight off the coronavirus.

Graham’s team at N.I.H. already had information that would inform the creation of Wuhan coronavirus vaccine from working on the vaccines for MERS and SARS. By January 14th, several research teams from around the globe had enough information to apply for funding and begin the approval process for an nCoV vaccine, reported the New York Times. It’s testing and approval that takes precious time here. “If we don’t run into any unforeseen obstacles, we’ll be able to get a Phase 1 trial going within the next three months, which will be record speed,” Anthony Fauci, director of the National Institute of Allergy and Infectious Diseases at the N.I.H., told the Times.

The vaccine approval process has been fast tracked in China and the US, but because vaccines must be rigorously tested for both safety and efficacy in clinical trials, it could still be a year or more before consumers are able to access it. That may seem like a long time, given the seemingly quick spread of the virus, but an nCoV vaccine could still be important a year from now. “They may not help in the very early stages of an outbreak, but if we’re able to develop vaccines in time, they will be an asset later,” Richard Hatchett, the chief executive of the epidemic preparedness coalition, told the Times.

More like this
India's failed COVID response leaves young people scouring social media for oxygen
By Urmi Bhattacheryya
Didn’t get enough sleep? Here's how to survive the day, according to doctors
By Tracey Anne Duncan
What are COVID-19 escape mutants and how much do you need to worry about them?
By Melissa Pandika
Stay up to date