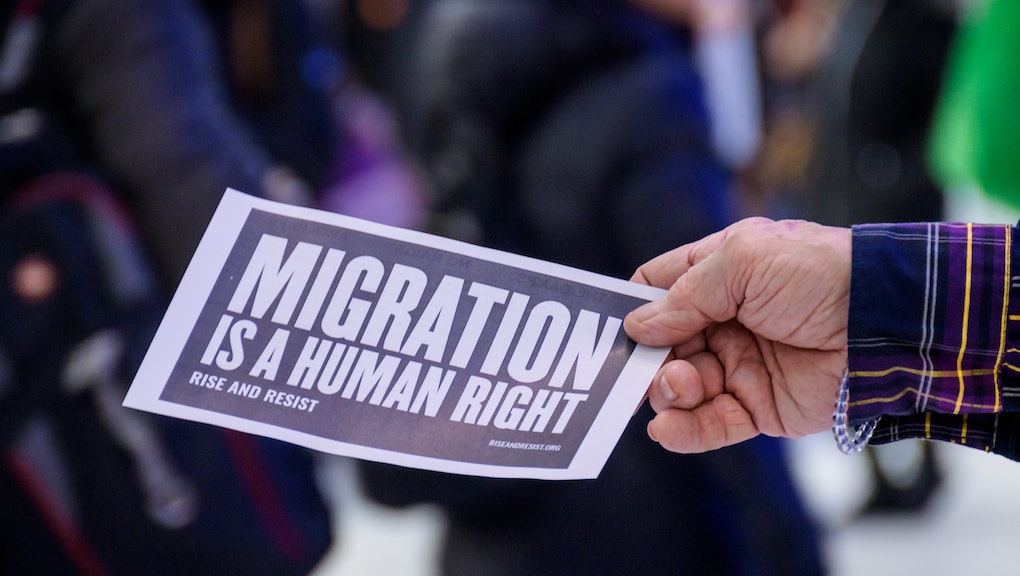 Last week, Texas Gov. Greg Abbott (R) announced that his state would no longer accept refugees, following an executive order by the Trump administration which decreed that state and local governments would have to consent to resettling refugees. “State and local governments are best positioned to know the resources and capacities they may or may not have available to devote to sustainable resettlement, which maximizes the likelihood refugees placed in the area will become self-sufficient and free from long-term dependence on public assistance,” President Trump said at the time in the executive order.

The results of Trump’s mandate have been playing out in scattershot fashion across the country. Towns have been passing ordinances in favor of or against allowing refugees, while 42 governors have committed to continue accepting them.

Not Texas, though. Last week, Abbott cited his “responsibility to dedicate available resources to those who are already here, including refugees, migrants, and the homeless indeed, all Texans.”

Now, though, a federal judge has temporarily blocked Trump’s order, blunting the attack on refugees' rights for now. District Judge Peter J. Messitte of Maryland instituted a preliminary injunction to Trump’s decision, declaring that it is “unlawful” to give localities right of refusal over resettlement. In his 31-page decision, Messitte decried the cruelty of Trump’s order and Abbott’s decision, noting that “many refugees may find themselves at least in limbo, denied services congressionally intended to help them effectively integrate into new homes.”

“Lest there be any doubt, giving state and local governments the power to consent to the resettlement of refugees — which is to say veto power to determine whether refugees will be received in their midst — flies in the face of clear congressional intent,” Messitte continued. He concluded that the plaintiffs, a pro-refugee group called The Lutheran Immigration and Refugee Service, would likely be able to prove that the rule was “arbitrary and capricious” and “inherently susceptible to hidden bias.”

In a statement, the group praised the judge’s decision. “We’re grateful to Judge Messitte for upholding the rule of law and ensuring that the United States remains a place of welcome for the world’s most vulnerable,” declared Krish O’Mara Vignarajah, president and CEO of LIRS. “We have been successfully collaborating with communities and federal, state, and local governments for decades, and this ruling allows us to seamlessly continue that life-saving work.”

Vignarajah was especially supportive of the fact that the ruling eliminates the requirement that resettlement agencies include so-called letters of consent from municipalities when seeking federal funding for their resettlement efforts. “This injunction provides critical relief,” said Vignarajah. “Those who have been waiting for years to reunite with their families and friends will no longer have to choose between their loved ones and the resettlement services that are so critical in their first months as new Americans.”

The judge’s decision will almost certainly be appealed, and the fight over the president’s executive order will likely spend the next few months making its way through the court system. Still, for the moment, refugees and those fighting for their civil rights can breathe a sigh of relief.

More like this
New York has set aside a massive, first-of-its-kind fund for undocumented workers
By Rafi Schwartz
Um, Biden's big immigration deal seems pretty similar to Trump's
By AJ Dellinger
The Chauvin trial is incapable of delivering real justice
By Vanessa Taylor
Stay up to date