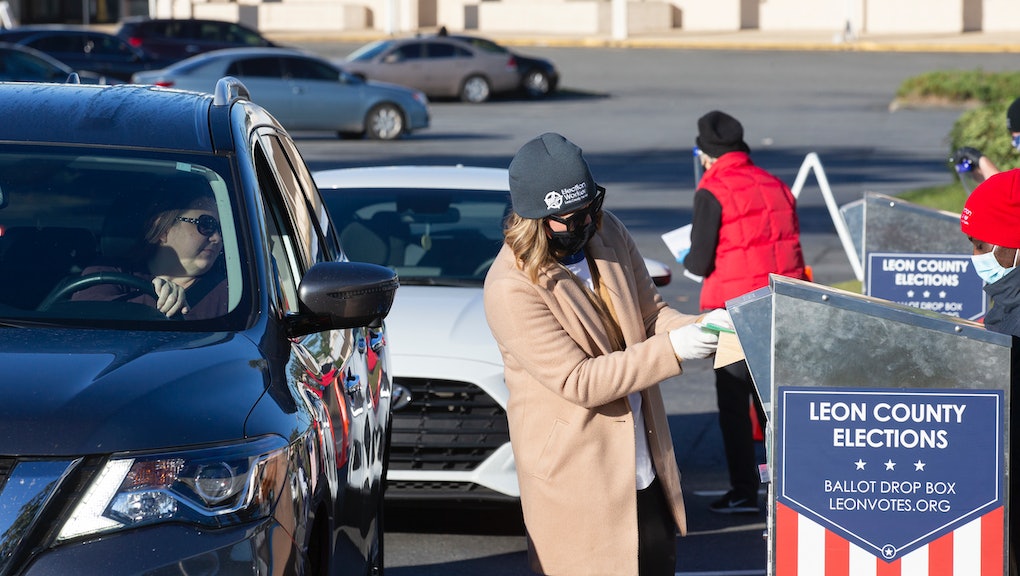 As the coronavirus pandemic continues to rage across the United States, record numbers of Americans have turned to mail-in ballots as a means of avoiding the risk of infection that in-person voting can bring.

But the massive influx of absentee and mail-in votes, coupled with President Trump's ongoing efforts to baselessly cast doubt on the legitimacy of those ballots, means that scrutiny of how those votes are collected and counted will be crucial in deciding the presidential election's ultimate victor. Complicating matters even further is the United States Postal Service's transparent attempts to reduce its delivery capacity and speed under Trump mega-donor Postmaster General Louis DeJoy — an effort widely believed to be part the administration's overall plan to skew the election in its favor.

It is in this context that U.S. District Judge Emmet G. Sullivan on Tuesday ordered a massive sweep of USPS facilities in multiple states — many of them key battlegrounds that could tip the scale toward one candidate or another — to ensure that no ballots have been left unaccounted for. Per Judge Sullivan's order:

Defendants shall send Postal Service inspectors or their designees, to processing facilities in the following districts and direct them to sweep the facilities between 12:30 p.m. EST and 3:00 p.m. EST to ensure that no ballots have been held up and that any identified ballots are immediately sent out for delivery.

Sullivan's order applies to postal facilities in: "Central Pennsylvania, Philadelphia, Detroit, Colorado/Wyoming, Atlanta, Houston, Alabama, Northern New England, Greater South Carolina, South Florida, Lakeland, and Arizona." Crucially, Pennsylvania, Florida, Georgia, Texas, and Arizona all represent hotly-contested states in the presidential race, any one of which could be responsible for victory in both the popular and electoral vote.

Sullivan's order is his latest in a weeks-long series of rulings intended to maintain – and in some cases increase — the USPS's capacity to process mail-in ballots. Late last month Sullivan ordered the Postal Service to reverse its self-imposed limits on how much and how frequently it could collect mail, and on Sunday he ordered the agency to affirm and follow through on the "extraordinary measures" in place to ensure ballots are processed and delivered on time.

More like this
Oops, the Arizona recount the MAGA crew demanded actually took votes away from Trump
By Rafi Schwartz
This poll shows just how strong Trump's hold on Republican voters is
By AJ Dellinger
I hope Marjorie Taylor Greene never logs off
By Rafi Schwartz
Stay up to date