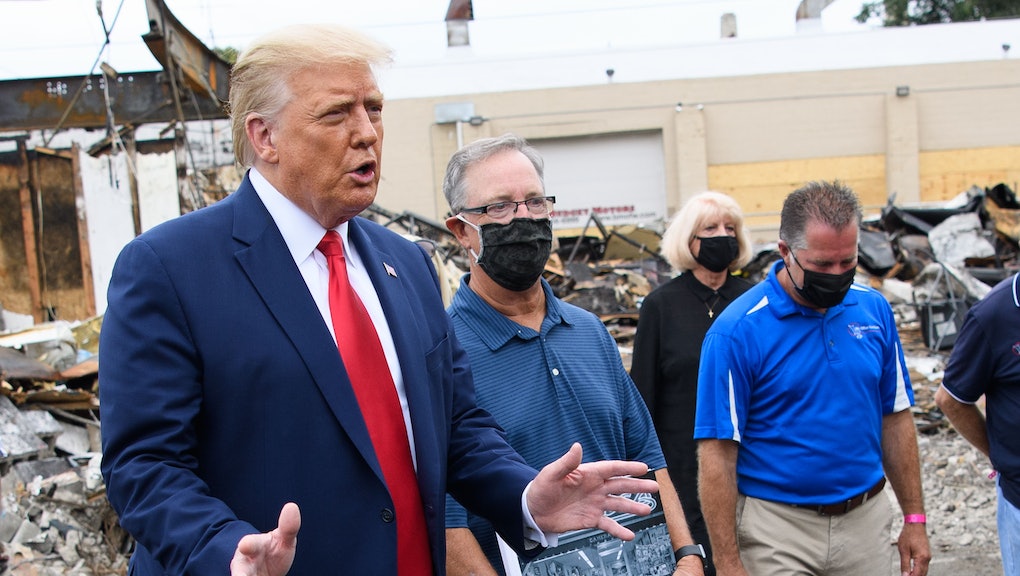 Usually, when a visiting president comes to town, most people would thrill at the opportunity to take a picture with the commander in chief at their place of business. Not so, however, with President Trump, whose recent visit to Kenosha, Wisconsin, was less about helping heal a city ripped apart by police violence and a subsequent vigilante killing, and apparently more about scoring political points off the backs of a community still reeling from a week of protests.

When Tom Gram was approached by the White House last week to see if he'd be interested in posing with the president outside Rode’s Camera Shop, the Kenosha-area business he's owned for the better part of the past decade, which was burned during last week's protests, he quickly turned down the offer, explaining to the local NBC affiliate that "everything [Trump] does turns into a circus."

"I just didn’t want to be involved in it," he added.

Trump, however, seemed more interested in securing a dramatic photo op than comforting a community in pain. So when the president stood outside Gram's damaged storefront, he introduced the man next to him as "John Rode III, owner of Rode’s Camera Shop" and stood expectantly as Rode lauded the White House.

"I just appreciate President Trump coming today, everybody here does," Rode said at one point.

The problem, WTMJ reported, is that while Rode may own the property upon which the camera shop stood, he hasn't actually owned the shop itself for eight years. But that didn't stop the president from framing Rode as the rightful proprietor of a business which, Trump claimed, could have been saved if only he'd been able to send in federal troops "a day earlier."

Understandably, Gram wasn't thrilled to see his storefront used as a political prop by a president who didn't seem to care just whose business was actually damaged during the Kenosha protests.

"I think there’s a lot of good people in this community," Gram told WTMJ. "To say that only law enforcement is correct is not the message we need to hear right now."

Mic reached out to the White House for comment about how Trump and Rode were connected, and why the president referred to Rode as the "owner" of the camera store. We did not receive an immediate response.