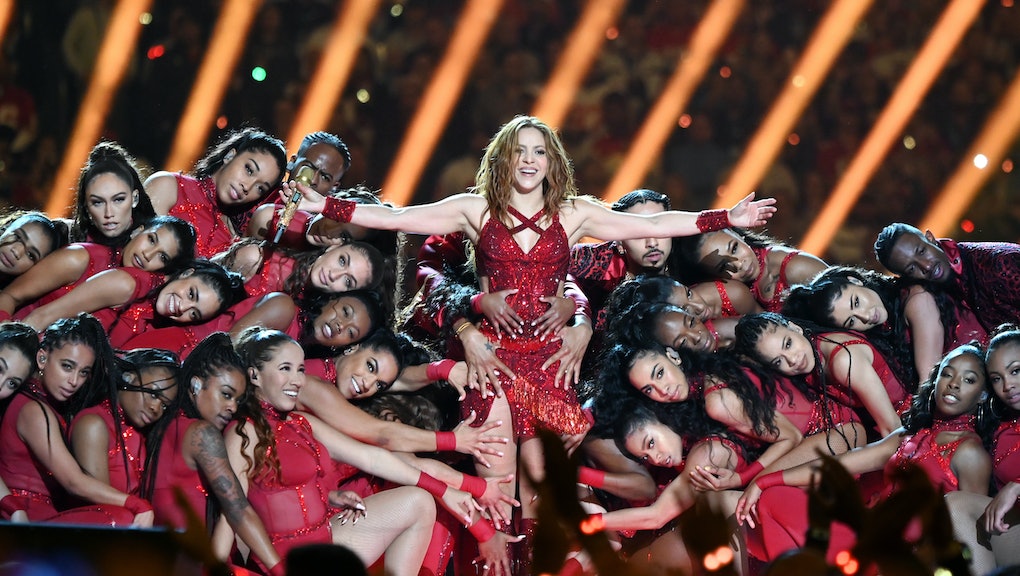 It’s not the first time the Super Bowl halftime show has sparked outrage, and it won’t be the last. Although Jennifer Lopez and Shakira’s groundbreaking performance was roundly applauded by viewers and critics, one man is deeply offended the pop stars made him… feel something.

Dave Daubenmire, a far-right Christian commentator from Ohio, turned to Facebook to find an attorney to help him file a lawsuit accusing the halftime show of "pandering pornography" and "contributing to the delinquency of a minor." He’s looking to sue the NFL, Pepsi (which sponsored the show), and local TV stations — basically anybody he can blame for putting his family "in danger of hellfire.”

Sir, if hell is a place where Shakira plays guitar in sparkling red boots and a bustier, you can sign me right up. One ticket down the River Styx, please.

The video is probably a marketing scheme to plug Daubenmire’s podcast. He’s gotten far more attention from the media than he likely deserves — this blog included, perhaps. Plenty of people openly mocked him.

In a follow-up video addressing the hubbub, Daubenmire said he’d spoken with an attorney and is seeking a significant settlement.

While I personally don’t think someone like Daubenmire ought to have a platform, it’s also important to examine how easily he espoused his views to a broad audience. Perhaps unsurprisingly, Daubenmire says he is a Trump supporter. The minister’s views seem to align pretty closely with those of the men who currently occupy the White House, the most powerful platform of all.

Daubenmire spewed some pretty vitriolic, misogynistic crap in his rant about the Super Bowl. His videos — and there are tons of them — are filled with similar hate and vitriol. But I can’t help but wonder how quickly Daubenmire would be shut down if he wasn’t an elderly white man, or if his views weren’t so widely accepted as de-rigeur bigotry.