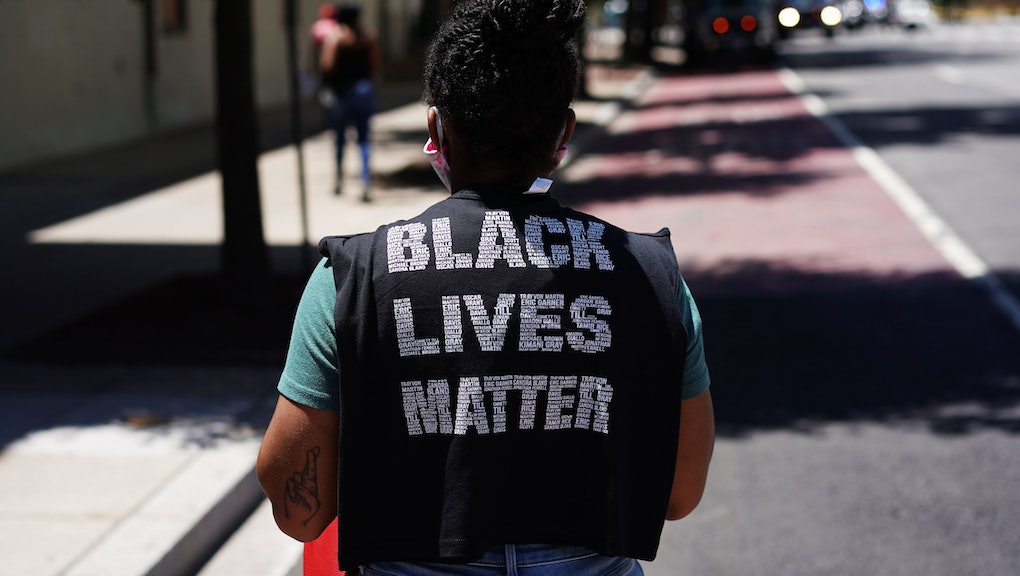 A case of voter suppression in the South may forecast a tumultuous Election Day. Officials fired a poll worker who prevented people wearing "Black Lives Matter" shirts from voting at the Dave Wells Community Center in Memphis, Tennessee, on Friday, Oct. 16.

According to CBS News, the employee (who wasn’t named, but is probably a Karen or Ken) working at the community center claimed their denial was due to a Tennessee law prohibiting voters from wearing items bearing the name of a candidate or political party while at a polling place. This worker said the statements, which included “Black Lives Matter“ and “I can’t breathe“ on both T-shirts and face masks, are tied to the Democratic Party.

If you follow the train of thought there, this worker thinks only Democrats want Black people to live fairly and freely in the United States. (Racial equality is a partisan issue, now? Neat!) The worker didn’t even report the denial of an unknown number of voters, either. Instead, a witness called the Shelby County Election Commission and reported the action to them directly.

This isn’t the only case of shenanigans at a voting station in the U.S., with early voters in Virginia having to deal with a staged rally full of Trump supporters that was 100 feet from a polling location in Fairfax, Virginia.

Early voting has hit record numbers this election cycle, likely because of the pandemic fueling fears of being in large groups of people, and also maybe the importance of the current choice between wildly different candidates for president.

Unfortunately, many elected officials have sounded an alarm that isn’t there claiming that voter fraud is one of our country’s most pressing issues — instead of, maybe, a certain virus that’s been going around. This likely is causing some to police anybody who "looks like" they might be fraudulently voting — an impossible task because it has been reported time and time again that the threat of fraudulent voting doesn’t really exist. Yet, this hullabaloo over voter fraud has further inspired people to bully anyone who might look like they wouldn’t vote for the COVID-19-Survivor-in-Chief.

Hopefully, those unfairly disenfranchised folks went to a different polling station that same day. Everybody who has the right to vote deserves to without conflict, especially in this divisive time we live in.

More like this
The push to legalize psychedelics has ignored Indigenous communities
By Suzannah Weiss
How to support Black and Asian American friends without exhausting them even more
By Melissa Pandika
Nearly half of Asian Americans have experienced at least one racist incident, per a new survey
By Rafi Schwartz
Stay up to date