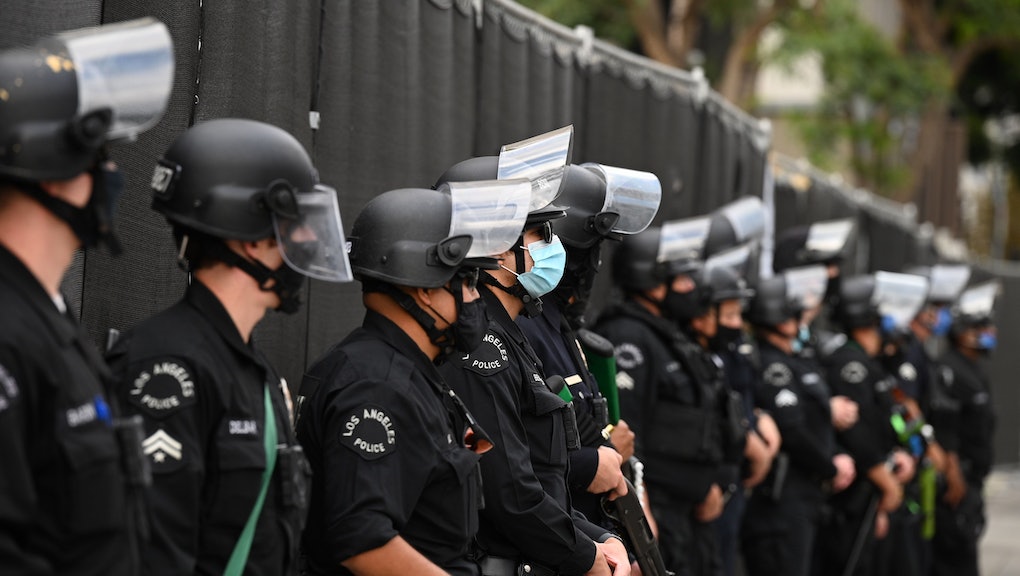 After a spring and summer which saw criminal, social, and racial justice protests rock communities across the country, efforts to abolish, defund, or somehow reform law enforcement in the United States have become one of the most significant — and significantly fraught — domestic policy debates in the nation.

For California Assemblyman Reggie Jones-Sawyer, that debate is not so much question of defunding and abolition, but rather one of development — specifically the mental and emotional sort.

"These jobs are complex, they’re difficult, and we should not just hand them over to people who haven’t fully developed themselves," Jones-Sawyer explained to The Sacramento Bee during a recent interview about AB-89, his just-proposed bill that would mandate all incoming police officers in the state of California possess a bachelor's degree, or be at least 25 years old.

"Studies have shown that a college education reduces the likelihood of using excessive force significantly," Jones-Sawyer told San Francisco's KGO-TV. "We should have the best and the brightest who carry a gun and have to make life and death decisions."

His bill, introduced in the California Assembly on Monday, cites several studies showing a negative correlation between a police officer's age and their likelihood to use deadly force, suggesting that "high rate" officers involved in multiple instances of violence typically tend to be younger, and indicating that officers who have completed a bachelor's degree "were less likely to use physical force than officers with only a high school graduation."

While several states already have age and education requirements for police officers on their books, Jones-Sawyer's bill setting an age minimum of 25 for all new cops would be the highest age threshold in the country if it passes.

The San Francisco Police Officers Association is less enthusiastic about the bill. "We don't want to limit people from being able to apply simply because they lack the resources to get a college degree, or simply don't meet the minimum age requirement," SFPOA president Tony Montoya told KGO-TV.

Erik Maness, the president of the California Peace Officers’ Association, had similar concerns. "We have not taken any official position on the bill, but worry that this approach would derail recruitment efforts of military veterans under the age of 25, and of those from disadvantaged and underrepresented communities who may not have every opportunity to get a bachelor’s degree prior to seeking a career in law enforcement," Maness told Vice.

Still, Jones-Sawyer is optimistic that his bill offers a new future for law enforcement in California. "This could be the beginning of changing the entire way that policing is done on the front end," he told the Bee. "Then we can let the bad cops retire on the back end."