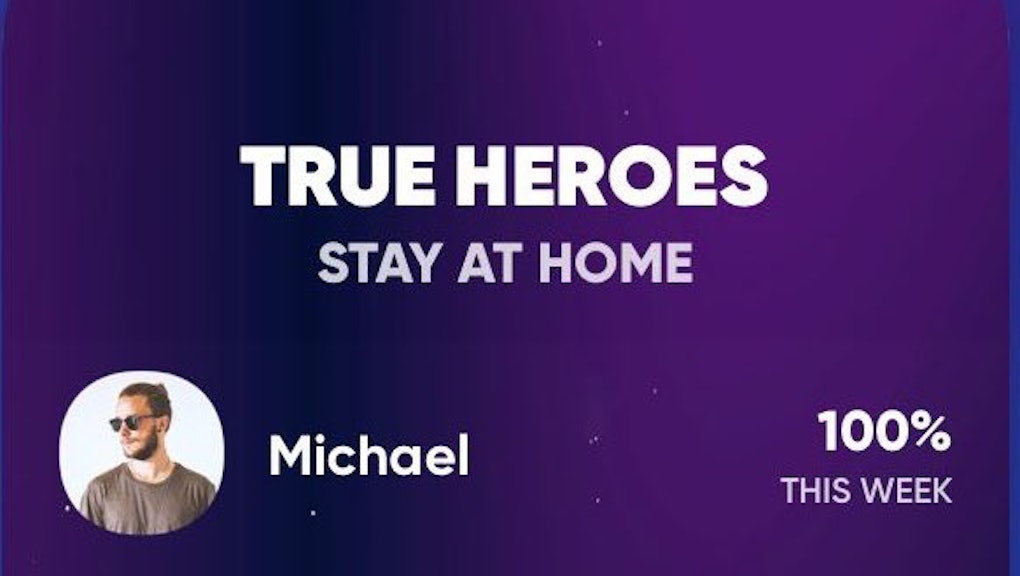 How do apps designed to help you get out and explore avoid becoming obsolete when a global pandemic forces everyone inside? One company may have found a solution. The location-sharing app Zenly has made a game out of social distancing.

Describing itself as a "live map of your friends and family," Zenly is meant to make linking up with people easier. But the app is switching things up for the duration of the coronavirus pandemic. Earlier today, CEO Antoine Martin announced Zenly's new leaderboard feature on Twitter.

Rather than encouraging people to head outside, the feature ranks five of your friends based on who has been home the most. By doing so, it’s creating a fun challenge that turns staying safe into a contest at which you can beat your friends. It’s especially ideal for the more competitive-minded among us.

Martin credited a tweet from Josh Constine, TechCrunch's editor-at-large, for the idea. On March 15, Constine tweeted, "Someone should build a quarantine gamification app where you rack up points for minimizing movement of your GPS dot."

The company told the Verge that you won't be able to participate in the game unless you have a "home" in the app. Adding a home can take a few days because Zenly needs access to your location and to figure out your daily habits.

This isn't the only coronavirus-related feature Zenly has released. Last week, the Snapchat-owned company unveiled a map feature that shows the number of coronavirus cases in a state or country. TechCrunch reported that Zenly updates the map three times per day using data from the John Hopkins Center for Systems Science and Engineering.

On the whole, this is less creepy than some of the other tech pitches around coronavirus. Earlier this month, the Washington Post reported that the U.S. government was in talks with some big companies to glean location data. Instead, Google said it would limit the access that the federal government has. While concerns have been raised about using phones to track people with the virus, Zenly’s update seems slightly more benign, as the point of the whole app is to share location data. It’s a clever way to make social distancing more, well, social.