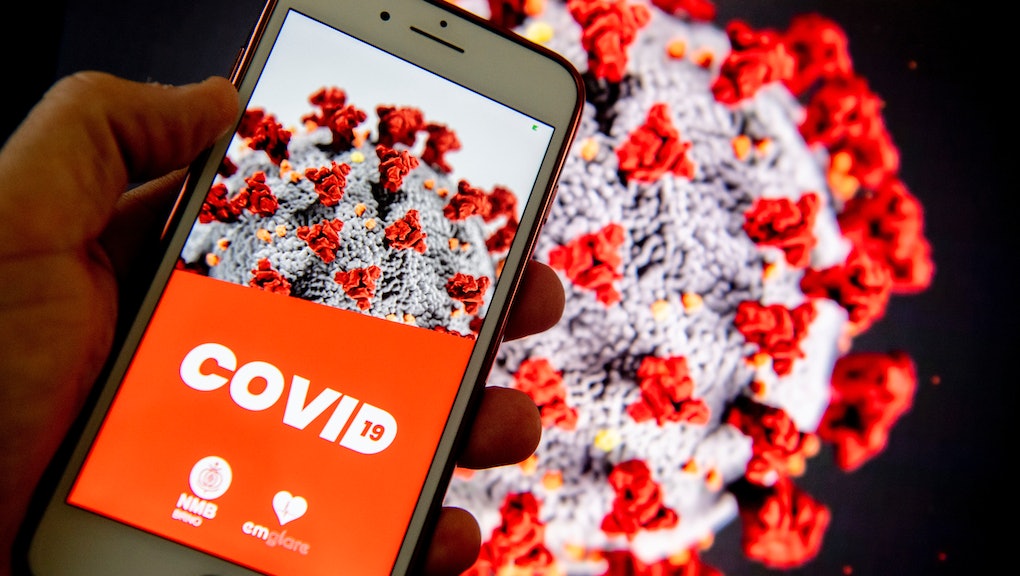 Over the last few years, Americans have grown increasingly suspicious of big technology firms. This skepticism has been driven largely by data breaches, massive misinformation campaigns, and other abuses on the companies’ platforms. But after a month or so of quarantine, forced to re-center our lives around the internet, many are finding newfound gratitude for the technology we had grown weary of. According to a survey conducted by National Research Group, a whopping 88 percent of Americans say they have a "better appreciation" for technology because it has played a bigger role in our lives during the coronavirus pandemic.

There certainly seems to be a little bit of Stockholm Syndrome at play for many who find themselves stuck living their lives online. After all, it was just one month ago that a study from Gallup and the John S. and James L. Knight Foundation found that a majority of Americans viewed technology as a major contributor to societal woes rather than a solution to them. The survey found that 84 percent of Americans trusted tech companies "not much" or "not at all" to make the right decisions on moderating their platforms. Similarly, 77 percent of respondents expressed concerns that the biggest tech companies — Google, Apple, Facebook, and Amazon — have amassed too much power. It seems that when these tools could be classified more as luxury than total necessity, these types of concerns were front and center. But as millions have remained sheltered in place for a month or more — with more quarantine time yet to come in many places — the concerns of monopolistic behavior and moderation failures may have fallen by the wayside in favor of the convenience and reliability of these platforms.

It's also worth noting that for the most part, many of these companies have stepped their game up in the midst of a crisis and tried to provide the tools needed to communicate with loved ones, translate school and work to online services, and fill in the gaps to deliver and collect essential information where the government has fallen short.

Facebook announced a plan to invest $100 million in local newspapers and other journalistic outfits so they can continue to produce content and inform communities throughout the pandemic, and has been tracking coronavirus hot spots to help identify outbreaks. Google has pledged $800 million to help support small businesses feeling the crunch of the pandemic, as well as offering free cloud services to academic institutions and researchers studying the spread of coronavirus. The company is also working with Apple to develop a contact tracing system that will help health officials track the spread of the virus and inform people who may have been exposed to it. Apple has promised $15 million to fund food pantries and charities across the country, launched a $50 million relief fund for musicians, and granted waivers to Apple Card holders to skip monthly payments for the time being without penalty. Amazon has created a $25 million relief fund for its drivers and is one of the few companies still hiring right now.

That's not to say that all of these companies have been beacons of virtue during the pandemic. Amazon is still facing scrutiny for failing to adequately protect its warehouse employees and for being unable to live up to its promise of two-day delivery on many products and being difficult about offering refunds. Facebook sent home most of its human moderation team and let AI take over the task, which almost immediately saw thousands of legitimate sites marked as spam on the platform. But for the most part, these companies seem to be trying to rise the challenge. Even with increased reliance and activity on these services, there have been few outages to report. That's not to say anyone is thrilled by the idea of the world remaining like this for much longer, but the situation has appeared to have bought the tech industry some good will for the first time in a while.

More like this
He made a cryptocurrency called SCAM. Now he's trying to make it legit
By AJ Dellinger
7 climate podcasts to help you make sense of the future
By AJ Dellinger
Space debris from a rocket launch is currently hurtling toward Earth
By AJ Dellinger
Stay up to date