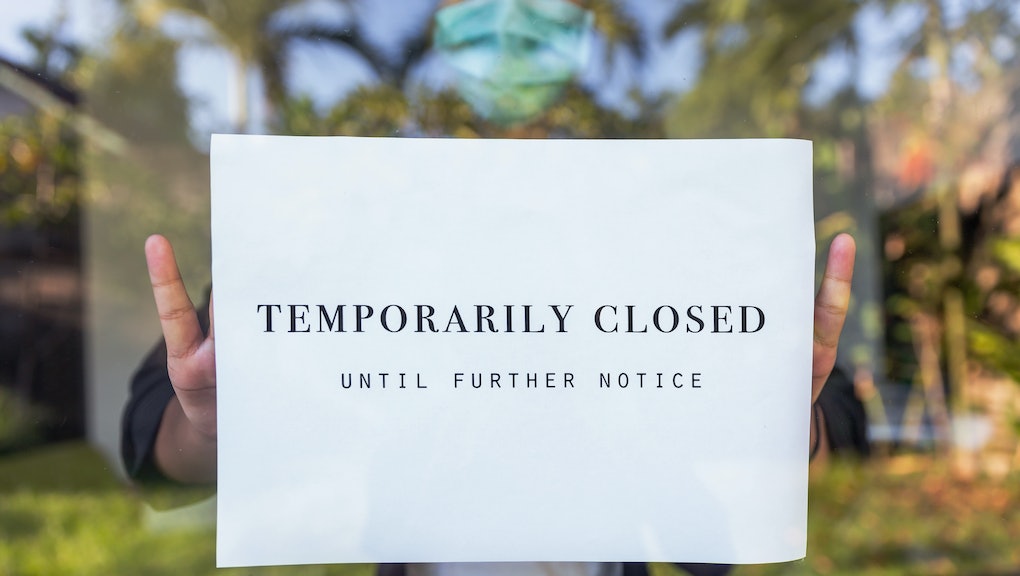 A staggering 40 million Americans have filed for first-time unemployment benefits since the country began to lock itself down in March due to the coronavirus pandemic. That number, representing an estimated 25% of the entire United States workforce, comes as the Department of Labor reported Thursday that more than 2.1 million people filed for unemployment insurance over the past week — the 10th in a row in which unemployment applications topped 1 million, thanks to the economic fallout of COVID-19, and its subsequent mix of business closures, stay-at-home orders, and social distancing measures.

While unemployment application numbers have been slowly decreasing from the peak of nearly 6.9 million in late March, the pandemic-induced economic collapse has pushed America into Great Depression-levels of joblessness and stock market volatility. America had never recorded a single week of 1 million jobless claims before coronavirus hit.

As The New York Times reports, the astronomically high unemployment application numbers may only tell part of the full story about the state of America's labor force, as they may be the aggregate of both over- and under-counting between different states. The data could also include efforts by some states to clear their unemployment backlog; in Florida, for example, the sheer volume of applicants overwhelmed the state's processing capacity, prompting Republican Gov. Ron DeSantis to purchase more than 70 computer servers and redeploy 2,000 state workers to help address the swell in unemployment requests.

Compounding the anxiety over America's floundering economic circumstances is a Washington Post report Thursday claiming the White House will break with decades of precedent by withholding a regularly released economic forecast due out this summer, for fear that it would confirm the country's obviously calamitous financial state. That messaging, needless to say, would contradict President Trump's efforts to project the impression that the country is on a quick rebound as he barrels toward a re-election fight in the fall.

"It gets them off the hook for having to say what the economic outlook looks like," former Congressional Budget Office Director Douglas Holtz-Eakin explained to the Post.

Next week, the Bureau of Labor Statistics will release its monthly jobs report, where it is expected to estimate an unemployment rate of around 20%, nationwide. Still, some economists predict that the fall will see record recovery numbers as businesses reopen and people are rehired from temporary layoffs or furlough — numbers that should be taken with a grain of salt, though, as the U.S.'s handling the pandemic has led to far steeper economic decline than in similar countries.

More like this
Trump wanted to quarantine Americans at Gitmo last spring, according to a new book
By Rafi Schwartz
SCOTUS just dealt a unanimous blow to the NCAA over student-athlete compensation
By Rafi Schwartz
Rainbow-washing is all the rage among the big corporations this month
By AJ Dellinger
Stay up to date