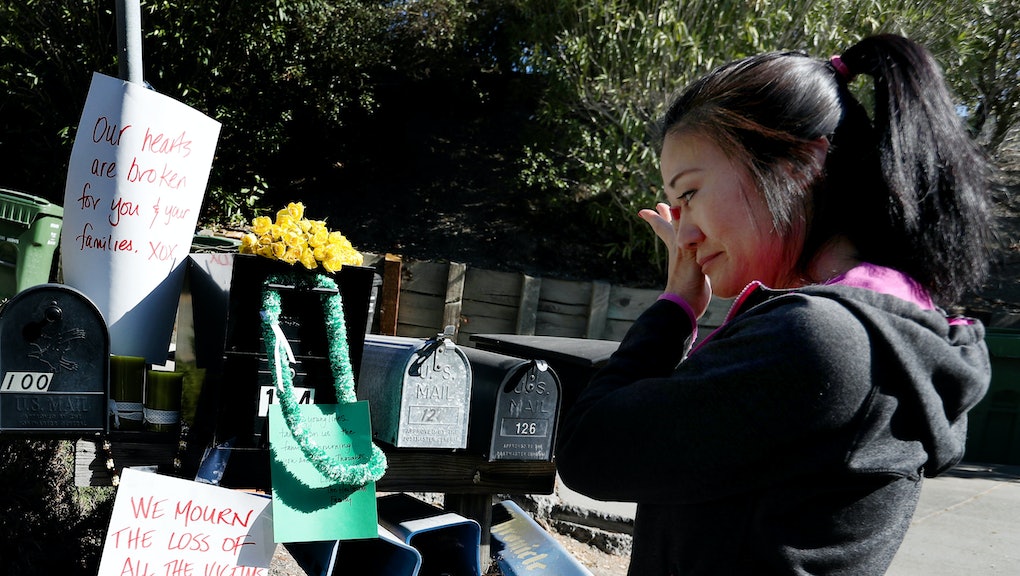 Airbnb is changing its policy on party rentals following a shooting at a California Airbnb that left five people dead last Thursday, October 31. The home where the murders took place was rented on Halloween under suspicious conditions; the Associated Press reported that the renter claimed her family had been affected by the nearby wildfires and was looking for lodging for the night. The one-night rental set off a red-flag for the Airbnb host, who made sure to explain their property’s no-parties-allowed policy.

Neighbors called the owner after the 100-person party was underway, and the owner, in turn, called the police. But by the time the police arrived, the shooting had already taken place.

It isn't yet evident who committed the murders and according to several sources, no arrests have been made yet. The victims have been identified as Tiyon Farley, 22, of Antioch; Omar Taylor, 24, of Pittsburg; Ramon Hill Jr., 23; and Javin County, 29; and Oshiana Tompkins, 19; of Vallejo and Hercules.

Laneisha Epps, Taylor’s stepmother, told KGO-TV that the family is grieving deeply after this unexpected catastrophe. "That's the tragic part, everyone for Halloween was getting dressed up having fun, thinking they were coming home," Epps told KGO News. "To get that call was devastating."

Orinda, the city in California where the shootings took place, has a short-term rental occupancy max of 13 people, so parties like this aren’t legal in Airbnbs there. Documents submitted by the city show that the owner of the property had received previous occupancy complaints and illegal parking violations from Airbnb rentals, which he resolved, The Associated Press reported. The homeowner was allegedly so frustrated by the treatment of his rental property that he had security cameras installed. But by the time he checked the cameras on the night in question, the party, which was listed on social media as an “Airbnb mansion party,” was reportedly already in full swing.

Airbnb responded to the tragedy quickly on Monday, via Twitter. Brian Chesky, the CEO, co-founder, and head of community at Airbnb tweeted the company’s plans to prevent something like this from happening again. “Starting today, we are banning ‘party houses’ and we are redoubling our efforts to combat unauthorized parties and get rid of abusive host and guest conduct, including conduct that leads to the terrible events we saw in Orinda,” Chesky tweeted on Monday.

What exactly does that mean? A first step, Chesky stated, will be to expand manual screenings of high-risk reservations. Formal regulations haven’t been rolled out yet, but presumably, they will be using more human oversight to prevent potentially dangerous rental situations. “Second, we are creating a dedicated ‘party house’ rapid response team,” he tweeted. “Third, we are taking immediate action against users who violate these enhanced guest policies.”

While Chesky seems ready enough to address the missteps that may have contributed to the tragedy, skeptics are concerned about how Airbnb will implement these trust-based policy changes.

More like this
Queer in the country: How rural life is helping some LGBTQ Americans thrive
By Christopher T. Conner
An ode to quarantine meals that got us through the pandemic
By Melissa Pandika
The benefits of rose tea, explained
By Tracey Anne Duncan
Stay up to date