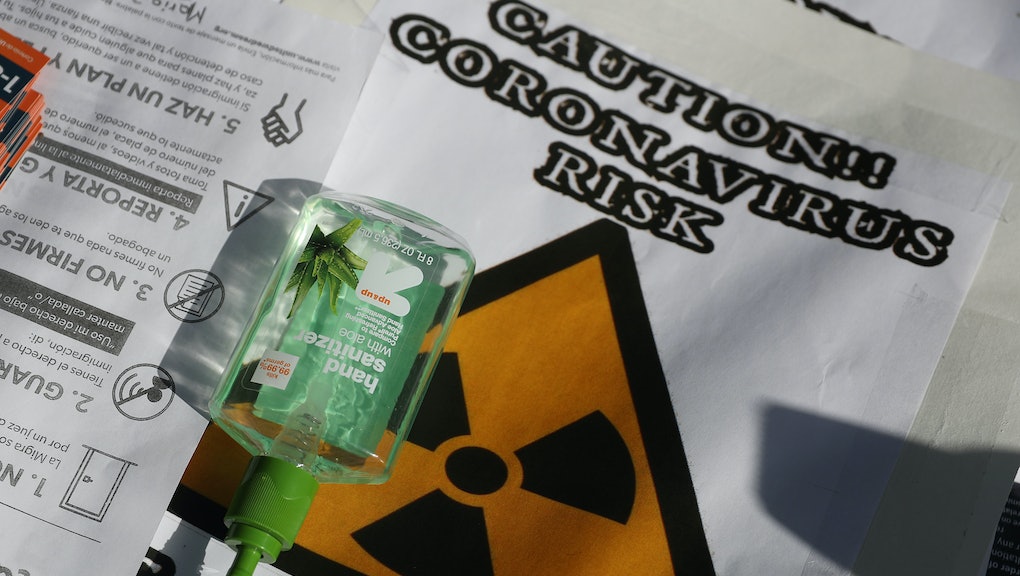 On Monday, ProPublica reported that 19 migrant children in U.S. custody at a Chicago shelter called Heartland Human Care Services had tested positive for coronavirus. On Tuesday, that number had nearly doubled to 37, the organization said, reflecting the reality that the virus transmits quickly and especially between people in close quarters. For already vulnerable unaccompanied migrant children, that means that being taken to a detention center can be a danger to their health — and one that the government may be downplaying.

While coronavirus cases have generally been less serious in children than in adults, these positive tests mark a turning point in the coronavirus outbreak for those in U.S. government custody. The federal government is essentially the legal guardian of children who are placed in custody of the Office of Refugee Resettlement (ORR) when they arrive in the United States with no parent. Letting them get sick is a testament to the conditions of shelters and this administration's attitude toward immigrants, advocates say.

Research shows transmission is highest in places where individuals are forced to live in close proximity with one another, which is why officials are concerned about those held in jails, detention centers, prisons, and now, shelters for children who are immigrating.

Two employees also tested positive at the shelter, ProPublica reported. The outlet also noted that last week, the ORR had only confirmed six coronavirus cases among minors in U.S. shelters, all of which were reported in New York. "ORR has not provided updated figures, despite repeated requests since Friday," ProPublica noted.

"We are operating under the assumption that we will see additional positive diagnoses as we receive results from the other tests that have been administered," the statement read, "and the steps we are taking to ensure the health and safety of our participants and staff are based on that assumption."

The organization has stated that children who test positive for COVID-19 are immediately moved into an "isolated environment," though the statement does not expand on what that means exactly or what kind of medical care the children have received. Workers at the shelter who tested positive were encouraged to stay home to reduce the spread of coronavirus and were also provided additional personal protective equipment, the statement said, such as N95 masks, gowns, and gloves.

Lydia Holt, a spokesperson for the ORR, told Mic in an email that none of the children who have tested positive while in federal custody have "required" hospitalization. Neither the statement from Heartland Alliance nor from the ORR detailed the severity of the symptoms.

The ORR, run by the Department of Health and Human Services, works with organizations at the state level to temporarily house children seeking to immigrate who are unaccompanied by parents. Heartland Alliance operates three shelters for children up to age 17 who are immigrating; as of March 20, the organization hasn't accepted any new children into their shelters, a fact it attributes to the Trump administration's decision to halt immigration and allow border agents to deny asylum requests outright at the U.S.-Mexico border.

Holt wrote in the email to Mic that the ORR has stopped placing children at shelters in states hardest hit by the coronavirus outbreak, such as New York, California, and Washington, out of an "abundance of caution." A total of 87 children, whom the ORR refers to as "unaccompanied alien children," have tested positive for COVID-19 while in custody of the federal government, Holt said.

The Homeland Security Act of 2002 mandates that children seeking to immigrate to the United States without their parents must be "promptly placed in the least restrictive setting that is in the best interest of the child." A majority of the 2,500 children in ORR custody are from Guatemala, El Salvador, and Honduras, and as of February, the average stay in a shelter contracted out by the government was 55 days. There has so far been little information offered publicly as to how coronavirus is impacting the resettlement efforts.

More like this
FEMA said it would reimburse cities for housing homeless people. Most cities ignored the offer
By AJ Dellinger
Biden has hit his 100th day in office. So what's next?
By Rafi Schwartz
The CDC's eviction freeze has been unfrozen by a federal judge
By Rafi Schwartz
Stay up to date