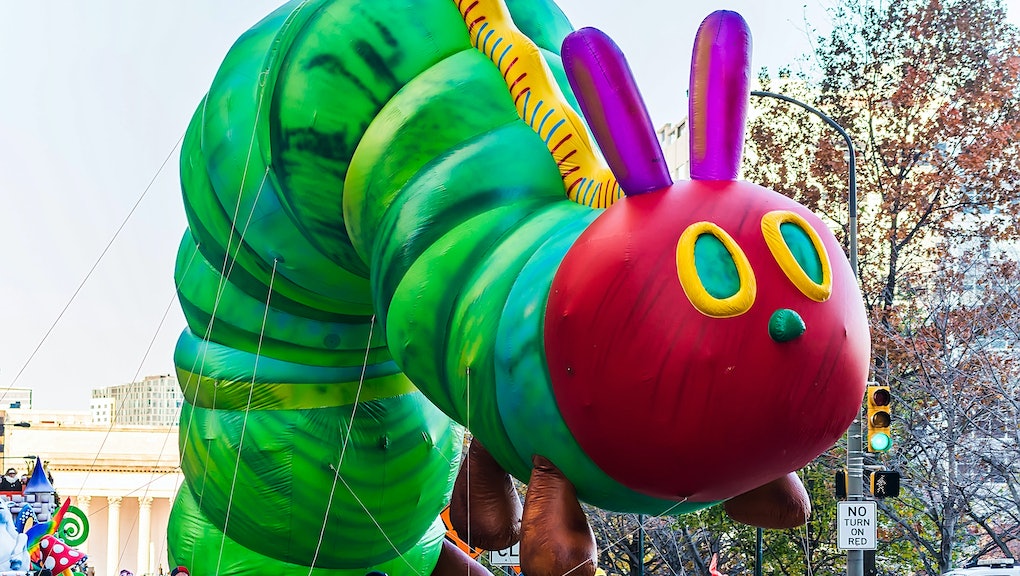 Every year, humans produce more than 300 million tons of plastic waste — the vast majority of which is not properly recycled. Between 4.8 and 12.7 million tons of plastic ends up in the oceans each year, according to research published in the journal Science. While it's waste to us and damaging the planet, all that plastic is a food source to the tiny caterpillar larvae of the greater wax moth — more commonly referred to as a wax worm. The tiny insects first came to light in 2017, when researchers discovered that they can digest plastic. But now, thanks to new studies published last week in the journal Proceedings of the Royal Society B: Biological Sciences, scientists have a better understanding of just what happens when a wax worm eats plastic — and it may just help humans figure out how to break down the material.

After running a series of tests, researchers found the creatures' guts contain microorganisms that can degrade and process plastic. Not only that, but the larvae are capable of subsisting for an entire year on plastic alone. After testing on three groups of caterpillars — one fed honeycomb, another plastic, and a third starved entirely — scientists found that the plastic diet resulted in an "increased microbial abundance" in the creatures' gut microbiomes. Essentially, eating plastic activates more bacteria inside the worms' stomachs, allowing them to digest the material like a more traditional food source.

"We found that wax worm caterpillars are endowed with gut microbes that are essential in the plastic biodegradation process, " Christophe LeMoine, an associate professor and chair of biology at Brandon University in Canada, told CNN. "This process seems reliant on a synergy between the caterpillars and their gut bacteria to accelerate polyethylene degradation."

These caterpillars are not the only creatures in the wild that are technically capable of eating plastic. In fact, there are more than 50 known species of so-called "plastivores" capable of digesting the otherwise non-biodegradable material. But the wax worm is particularly adept at this task, thanks to its standard diet of honeycomb. In the wild, the wax moth is a pest, leeching off of the wax in bee colonies and often causing problems for beekeepers. But that diet has equipped the insect well for its role in getting rid of our plastic waste. Honeycomb wax is made up of chains of carbon and hydrogen molecules known as hydrocarbons, which are nearly identical to the makeup of the plastics on which humans have become so reliant. To the wax worm, there is little nutritional difference between eating honeycomb wax and plastic.

But before we stop concerning ourselves with plastic waste and start releasing armies of worms to clean up our old milk jugs and salad containers, it's worth noting that while they are capable of eating plastic, they aren't exactly speedy eaters with bottomless stomachs. Researchers found that it takes 60 wax worms about a week to eat a matchbook-sized square of plastic. When you consider that rate in light of warnings that there could be more plastic in the ocean than fish by 2050, it becomes obvious that we will need to adapt other approaches or risk being overrun by waste.

"The problem of plastic pollution is too large to simply throw worms and there is still a lot to do before we can parlay this work into making a meaningful contribution," Bryan Cassone an associate professor of biology at Canada's Brandon University, told Newsweek. However, they may hold the key to better understanding how the process of biodegrading plastic works, which could enable the creation of tools that would be capable of eliminating some of the waste that is overflowing at landfills around the world.

Ridding ourselves of plastic waste will require significant changes in the materials that we rely on, but wax worms may just help us figure out how to deal with all the waste that we've created.