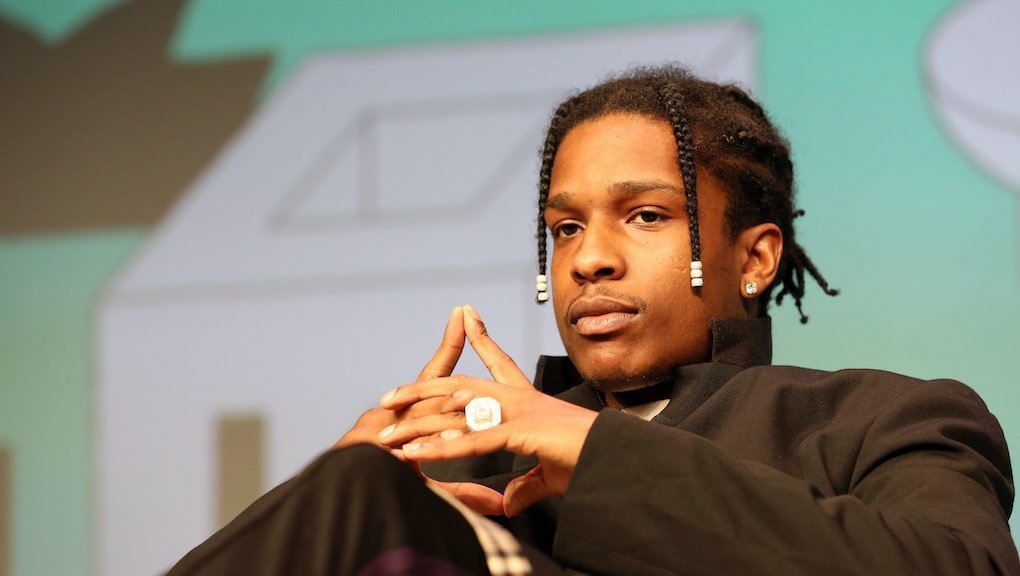 Gordon D. Sondland, the US ambassador to the European Union, seems to be using every chance he gets to work A$AP Rocky into his public testimony before Congress today.

During his opening remarks, Sondland told the House Intelligence Committee (and the public following along at home) that, “It’s true that the president speaks loudly at times, and it’s also true — I think we primarily discussed A$AP Rocky.”

A$AP came up at another point in today’s hearings, too. A member of Congress asked Sondland how he remembered a specific call with the president, on July 26. “Yeah, what refreshed my recollection was when he mentioned A$AP Rocky,” the ambassador said.

Perhaps Sondland is trying to infuse the impeachment hearings with enough “pizazz” that Americans pay attention. When he brings up A$AP, the ambassador grins slightly like he knows this is a ridiculous thing for him to say… but also like he’s kind of enjoying it and thinks dropping the rapper’s name makes him cool-by-proxy. It’s all very of-the-Trump-era and very weird.

How did A$AP Rocky get pulled into the Ukraine scandal, you might ask? This July, a few weeks before Trump began making quid pro quo calls, the rapper was arrested in Stockholm after street fight was caught on video, and Rocky spent almost a month in Swedish jail.

Meanwhile, Kanye West asked the president to intervene on A$AP’s behalf, the White House saw an opportunity to appeal to the Black community, and like magic Trump had Rocky sprung from jail by early August.

There was just one condition: that Trump get a “thank you.” But he never got one. Evidently, once A$AP was home safe, his team stopped responding to the Trump team’s text messages, which is just embarrassing.

Now, Sondland is dragging A$AP back into the political spotlight, in the context of impeachment, which he can’t be too happy about.

But what’s actually super chilling is that, thanks to the witness testimonies these last couple weeks, the public has a pretty vivid picture of the sorts of issues the president was concerned with in late July: freeing a rapper from an overseas jail and bribing a foreign nation to investigate his political rivals.