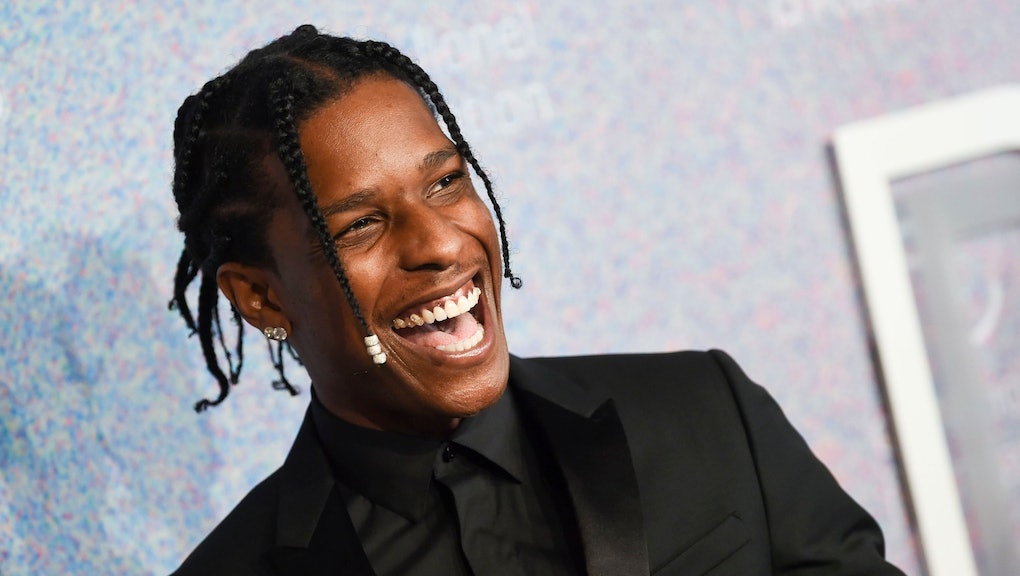 After a month-long saga, A$AP Rocky’s fate has been determined. In July he was arrested on charges of assault after footage of an altercation between Rocky and a man named Mustafa Jafari on the streets of Stockholm, Sweden surfaced. Rocky was found guilty by the Swedish government for assault on Wednesday, but he wasn’t sentenced to any more jail time — the Swedish judges determined that the month he already served was enough. Instead, he will be ordered to pay $1,300 to the man who made the allegations against him.

According to the New York Times, Senior Judge Per Lennerbrant determined that the assault wasn’t of a “serious nature that a prison sentence must be chosen.” Lennerbrant was one of four judges presiding over Rocky’s case, who determined that Rocky’s claim that he acted in self-defense against Jafari wasn’t valid. “Based on two witness statements, the court finds the defendants were not subject to imminent attack,” their judgment said.

Rocky was initially arrested on July 3, four days after he was filmed in an altercation with Jafari. Based on videos released after the arrest, it appeared that Jafari instigated the fight — he could be seen attacking one of Rocky’s bodyguards in footage posted to Instagram, and was reportedly following the musician and his friends for several blocks.

Within a week of Rocky’s arrest, an online petition, #JusticeForRocky, garnered hundreds of thousands of signatures calling for his release. The Change.org campaign was shared by celebrities like Nicki Minaj and Meek Mill, while artists like Tyler, the Creator and Vince Staples swore off the Scandinavian nation altogether. Kim Kardashian and Kanye West also got involved, which led to President Donald Trump’s very loud advocacy.

Jafari was cleared of any wrongdoing on July 22. If Rocky had been found not guilty, the Swedish government could have been liable for the income he lost while he was in jail — but with the guilty verdict, the government is off the hook.

Rocky returned to the States on August 2. On Instagram, he wrote a heartfelt thank you to all the people who supported him while he was incarcerated. “Thank you from the bottom of my heart to all of my fans, friends, and anyone across the globe who has supported me during these last few weeks I can’t begin to describe how grateful I am for all of you,” Rocky wrote. “This has been a very difficult and humbling experience.”

He performed for the first time on August 12, at the Real Street Festival, in Anaheim, California. During his performance, he asked the crowd to keep praying for him ahead of Wednesday’s verdict. He also previewed a snippet of a new song with Juicy J, produced by Juicy J and Metro Boomin.

According to Rocky’s lawyer in the case, Slobodan Jovicic, it’s unclear whether the rapper will appeal his guilty verdict. “The question is whether he’ll have the energy and stamina to do this one more time given all the circus around it,” Jovicic told the Times.