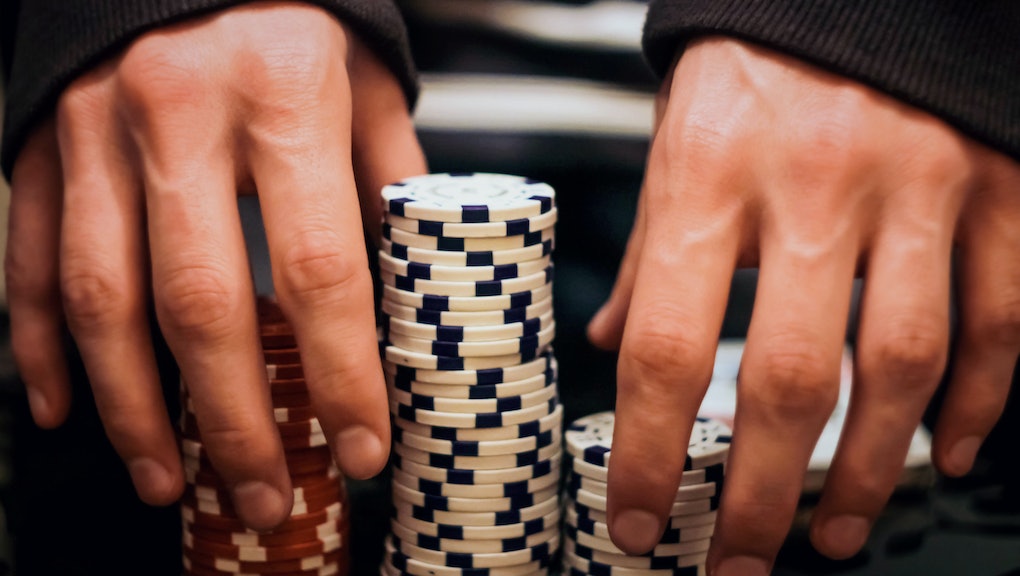 AI is getting really good at poker and video games

If you're looking for the point at which humanity started to lose the war to the machines, look no further than the developments of this past week. On Thursday, researchers at Facebook’s artificial intelligence lab and Carnegie Mellon University revealed a Texas-Hold ‘em-playing bot named Pluribus who has wiped the floor with some of the best gamblers on the planet. Just one day earlier, it was announced that Google's AlphaStar AI would be unleashed on StarCraft II players to take on opponents, one-on-one, online. AI is quickly moving into gaming spaces that are dominated by humans, absorbing their strategies, and straight-up kicking their ass.

Pluribus, the successor to another poker playing bot known as Libratus, spent nearly two weeks emptying the pockets of poker champs. Researchers said the AI system faced off against 12 different pros, all of whom have racked up more than $1 million in poker winnings over the course of their professional playing careers.

In just twelve days and more than 10,000 hands played, Pluribus won an average of $5 per hand, adding up to an absurd $1,000 of winnings per hour. The money was provided by the researchers to incentivize everyone to play aggressively, so it's not like the bot wiped out anyone's savings account. Researchers described the results as a "decisive margin of victory" for Pluribus, which played at a "superhuman” level. What an AI would do with tens of thousands of dollars, one could only imagine.

Because draining cash from professional poker players isn't enough for our robot overlords, AI is also beating people for free at StarCraft II. For years now, Google's DeepMind team has been developing an AI system called AlphaStar which is capable of dominating one of the most complicated and strategy-heavy real-time strategy games around.

The machine has already trashed a number of professional gamers after amassing the equivalent of 200 years worth of StarCraft II knowledge through extensive training and programming. It won head-to-head matches against StarCraft tournament champions in a live competition that took place earlier this year, finishing with a record of 10-1 against human opponents.

Now, AlphaStar is going online. The AI will be available in a limited number of public matches starting this month, in which StarCraft II players may randomly get paired up with the AI for a one-on-one competition. The blind trial will allow European gamers to opt in for a chance to face off with AlphaStar. If selected, they'll have a chance to take down the AI that has likely only gotten smarter since it was first revealed. Odds are, those lucky few that are selected will get wiped out with the type of speed and efficiency that makes a person reevaluate every decision that they have made up until that point.

AI has been creeping into human gaming spaces for years now, slowly improving to the point that it can beat us at all of our own games. Chess-playing AI regularly best the most talented players in the world. AlphaGo, an AI system designed to play the ancient abstract strategy board game, became the first computer system to top a human player in 2016. AI systems have gotten so good at games invented by humans that they've started to play against themselves and learn how to play more like humans, just so they can even further destroy us. Maybe if we keep training AI on games, they'll develop a gaming addiction that will stop them from taking over the world. At this point, it may be our only hope.