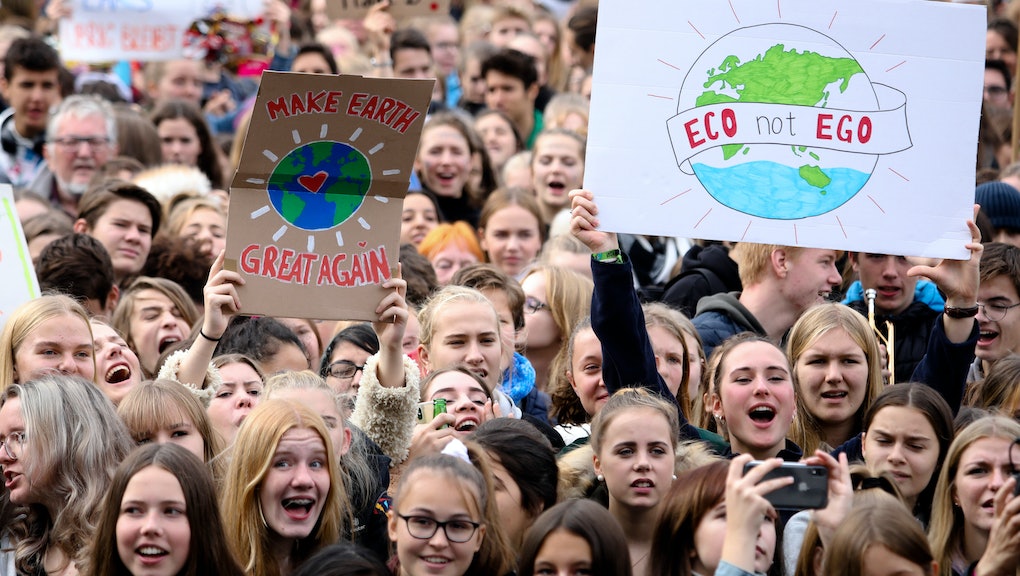 Under the Obama administration's stricter environmental protections and regulations, the United States managed to cut down on pollution and produce cleaner, healthier, more breathable air. That trend came to a screeching halt once Donald Trump took office. According to a new study conducted by a team of economists at Carnegie Mellon University and published by the National Bureau of Economic Research, air pollution in the U.S. has not simply stopped getting better, but has actually gotten worse since Trump became president. It marks the first time that air quality in the country has dropped in more than a decade.

The short version of the study goes like this: Between 2009 and 2016, the amount of air pollution — calculated by measuring fine particulate matter in the air — declined by 24.2 percent. Each year, air quality got progressively better. From 2016 to 2018, that trend started to reverse. Since that point, the amount of fine particulate matter has actually increased by 5.5 percent. The increase was noticeable in multiple regions across the country and, while it may seem like a somewhat small uptick, actually has done a considerable amount of damage. Researchers estimate that worsening air quality is responsible for 9,700 premature deaths in 2018 alone and damages of $89 billion to the economy.

To be clear, there are a number of factors that have caused this decline in air quality, some of which are out of the realm of the federal government's control. The study found that California saw the worst change in air quality over that period, and it certainly wasn't for lack of regulations. The state suffered some of the most devastating forest fires in its history during those years, including the Camp Fire that is considered the most destructive on record — torching more than 153,000 acres of land and more than 18,000 structures. The result of those fires produced a 12.5 percent increase in fine particulate matter in the air, according to researchers. The state also saw a large percentage of the projected fallout from the worsening air quality, with 43 percent of premature deaths occurring in California.

While those fires have a number of causes — from massive safety failures from the state's largest utility company and conditions made possible or exasperated by climate change — that don't necessarily stem from a position taken by the Trump administration, there has also been an effort by the president and his cohorts to strip away environmental protections and encourage behavior that results in increased air pollution. According to the New York Times, Trump has already completely rolled back 10 environmental rules designed to limit air pollution and emissions, with another 14 still in the works. That includes loosening a rule that dates back to the Clinton administration that limited the amount of toxic emissions allowed by major industrial polluters, upending laws that set strict limits on pollution from new power plants and stopping enforcement of a rule that banned the use of hydrofluorocarbons in consumer and industrial air conditioners and refrigerators. That, on top of a complete disinterest in taking into account the effects of pollution and greenhouse gases while pushing for more dirty-burning fossil fuels like oil and coal has likely contributed to the worsening of our air quality. Essentially, polluters have been given the green light to do their worst, and they're happily taking the administration up on that offer.

That might be good news for the fuel industry, which has taken up a stronghold within the ranks of the Trump administration, but it's not so great for the rest of us. Air pollution isn't a flashy issue because there are rarely immediate deaths associated with it and it's hard to notice, but degrading air quality also means degrading the quality of life for most people. Air pollution has been linked to all sorts of adverse health outcomes that hurt people in even unexpected ways. That includes things like increased risk of heart attacks, brain damage, degenerative eye disease and issues with memory loss. While it may take days or weeks off the lives of people in a quiet fashion, air pollution is without a doubt a health hazard for just about everyone.

What's most frustrating about the reversal caused in part by the Trump administration's policies is that it is undoing essential progress that had been made in recent years through a series of pretty simple and effective policies. A study published by the Atmospheric Chemistry and Physics Journal last year found that environmental regulation was largely responsible for increasing air quality, and the result was a 50 percent drop in deaths associated with air pollution between 1999 and 2010. That improvement was attributed largely to enforcement of the Clean Air Act, as well as moves by states like California to place restrictions on vehicle emissions.

It is worth it to invest in our air quality. Eliminating air pollution improves the quality of life for just about everyone by limiting health risks. Even if you choose to look at it from just an economic standpoint, it make sense to protect our air. Worse health means more people in need of medical assistance, more people becoming physically ill and unable to work, leaving the workforce and hurting the economy. If you can't bring yourself to care about making sure that people are healthy, maybe a healthy economy is enough of a reason to justify eliminating air pollution. Unfortunately neither of those are enough to convince the Trump administration to protect the air rather than the interests of the fossil fuel industry.