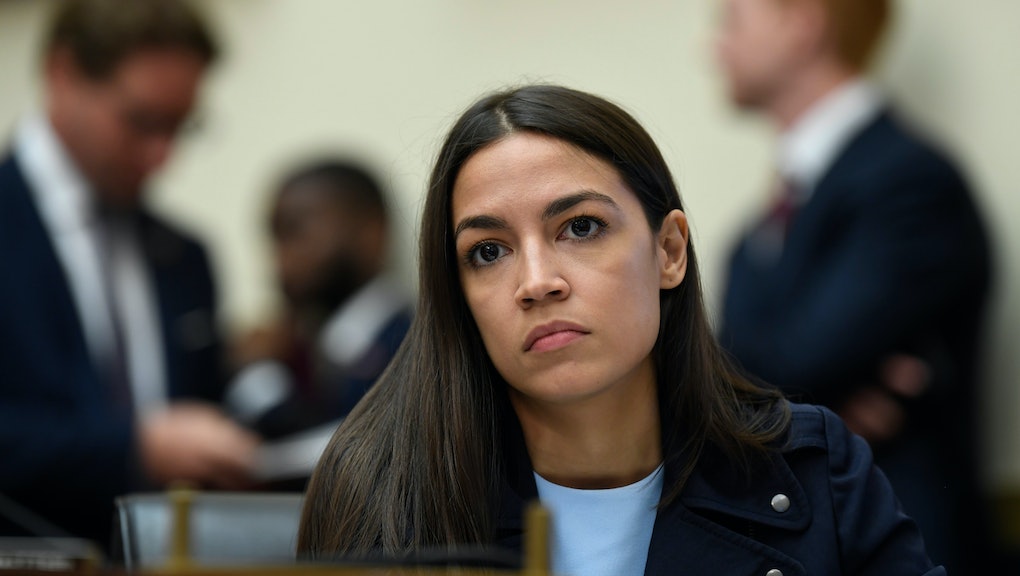 On July 9, two people who are currently blocked by New York Rep. Alexandria Ocasio-Cortez's personal Twitter account announced that they were suing the congresswoman. Former state assemblyman Dov Hikind and Congressional candidate, and Youtube personality Joseph Saladino, each filed lawsuits seeking a court order demanding that Ocasio-Cortez unblock them from viewing her account.

Saladino and Hikind's lawsuits were announced on the same day that the 2nd U.S. Circuit Court of Appeals in Manhattan ruled that President Trump was not allowed to block critics on his personal Twitter account. Judge Barrington D. Parker ruled that Trump blocking people from seeing his page was a violation of the First Amendment.

"In resolving this appeal, we remind the litigants and the public that if the First Amendment means anything, it means that the best response to disfavored speech on matters of public concern is more speech, not less,” Judge Parker wrote, according to the New York Times.

Following the ruling, Saladino and Hikind both shared tweets regarding their blocked status with Ocasio-Cortez, and referenced the decision against Trump as inspiration for their lawsuits. “Trump is not allowed to block people, will the standards apply equally?” Saladino tweeted. “Stay tuned to find out!”

In a press release shared with The Hill, Saladino further elaborated on why he was suing a sitting member of Congress over being blocked on Twitter. “If we can’t talk to one another, the whole system breaks down," Saladino explained. “Look what is happening in my district when entrenched NeverTrumpers are confronted by America First ideas. Like it or not we live in the same city and we need to be professional.”

Hikind on the other hand, was a bit more straightforward with his announcement of the lawsuit. "See ya in court," he wrote on Twitter.

According to HuffPost, Ocasio-Cortez blocked Hikind and Saladino when they criticized her for calling the migrant detention centers at the United States border "concentration camps." In an interview with Fox News, Hikind accused Ocasio-Cortez of blocking several other people from viewing her account, as well, and said that the politician is "acting cowardly and should be ashamed of her attempts to silence me."

Hikind also called the Congresswoman a hypocrite, claiming that although she brags "about the millions of followers she has," she's afraid of his comments. He is actively seeking out other people reportedly blocked by Ocasio-Cortez to join in his lawsuit, but so far, he's only been joined by Saladino, who is most widely known for recording racist prank videos for his Youtube channel, where is he known as Joey Salads.

Ocasio-Cortez's representatives have declined to comment on the lawsuits. Hikind told the New York Times that he is confident he will win his case, because of the legal precedent set by the ruling on Trump's private Twitter account. "I know she can’t win,” Hikind told the paper.

His lawyer, Jacob Weinstein, believes Hikind will win because of the First Amendment. “It comes down to the First Amendment,” Weinstein told the Times. “Twitter is a public forum. Imagine a politician is giving a town hall. Imagine if they only select people they like.”