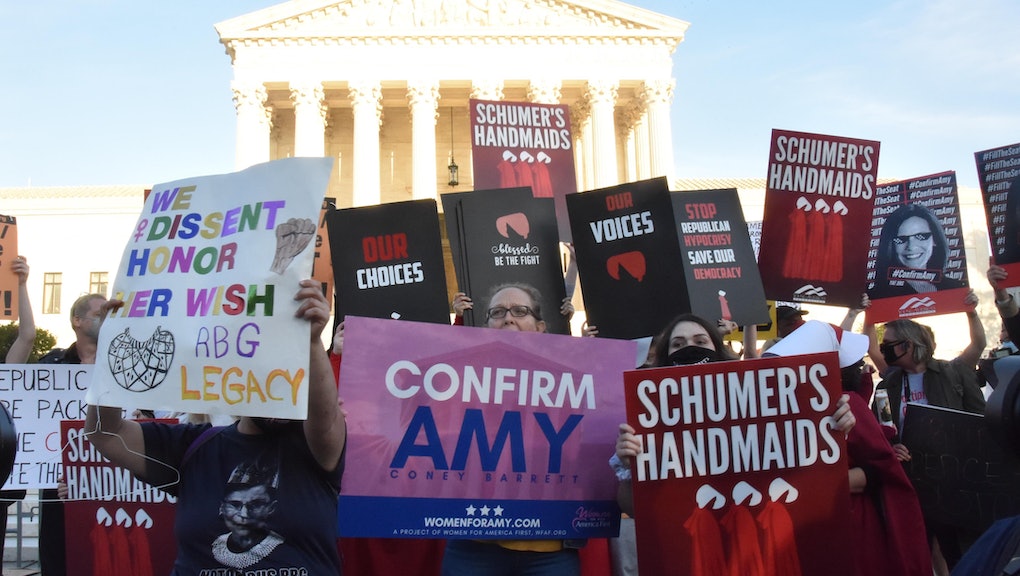 With the presidential election just days away, much of the chatter around the tragicomically rushed confirmation of new Supreme Court Justice Amy Coney Barrett has been focused on if and how she will rule on the various voting rights and election-specific cases that threaten to nuke what's left of American democracy. But while people are (justifiably) worried about the newly solidified right wing of the Supreme Court stacking the deck against the will of the voters on Nov. 3, one of Barrett's first rulings as Supreme Court justice could be even more consequential for millions of Americans, without having anything to do with the GOP's various election shenanigans.

The case of Fulton v. City of Philadelphia, Pennsylvania is essentially as follows: Catholic Social Services had, until recently, been contracted with Philadelphia's government as one of the many agencies and organizations tasked with matching foster children with prospective homes. That relationship, describe by Philadelphia in one of the briefs filed for the case as having "long been a point of light in the city’s foster-care system," ended in 2018 after the group was accused of refusing to place children in homes with same-sex parents. Sharonell Fulton, one of the foster parents with CSS, sued the city, and last winter the Supreme Court agreed to hear the case after a lower court ruled in favor of Philadelphia, saying the city had not discriminated against CSS due to religion but had rather acted in accordance with its own non-discrimination policies.

The case is effectively another referendum on whether protecting religious freedom allows for discrimination against the LGBTQ+ community, particularly in cases concerning state and municipal government contracts. It also opens the question of how much control a local government should be able to have over the groups it contracts with. Put another way, the question becomes: Is the right to discriminate based on religious objections baked into the Constitution itself?

As Vox's Ian Millhiser notes, even before Barrett took the bench to fill late Justice Ruth Bader Ginsburg's still-warm seat, the conservative-leaning court was most likely going to rule in favor of expanding the definition of faith-based discrimination by agreeing with Fulton and CSS. But with the addition of Barrett fully skewing the court to the hard right, the ratification of yet another discriminatory precedent is virtually guaranteed.

Fulton v. City of Philadelphia, Pennsylvania is scheduled to be argued before the court on Nov. 4.

More like this
A Philly foster agency can continue discriminating against LGBTQ families, SCOTUS rules
By Rafi Schwartz
Supreme Court justices' political leanings: A guide to the 2021 court
By Vanessa Taylor
The GOP has tried to kill Obamacare for a decade. SCOTUS just saved it for a third time
By Rafi Schwartz
Stay up to date