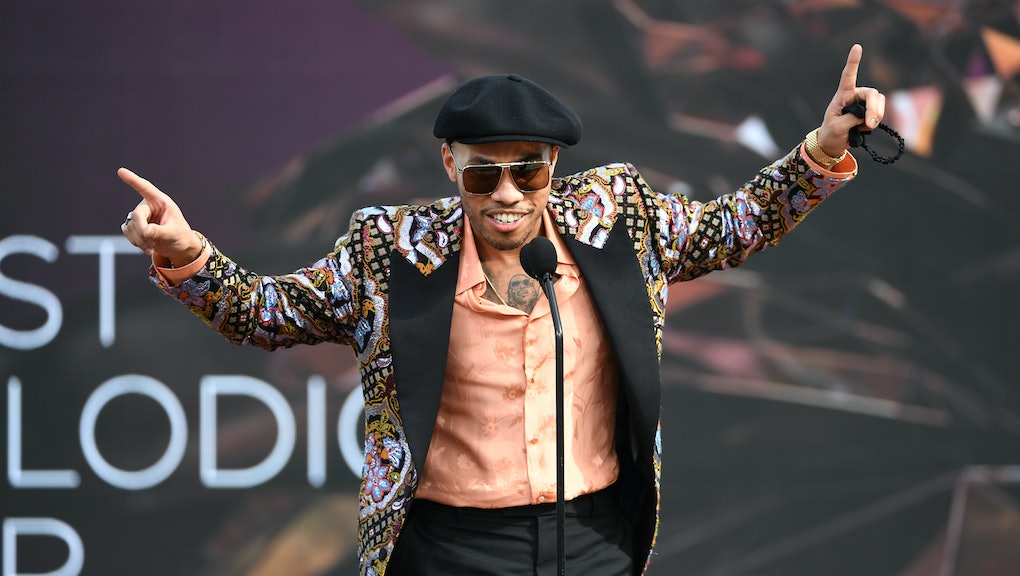 Posthumous releases have always been clouded in moral ambiguity. Artists spend whole careers fighting for complete creative control over their art, and grappling with their message. Creatives obsess over their creations; it's just the nature of the beast. But when family members, prior collaborators, and estates take it into their own hands to release work from an artist after their death, it's impossible to know if the deceased would consent to the world consuming what could be very private or unfinished work. For at least one artist now though, Anderson .Paak, we know he absolutely does not consent to posthumous releases as he had the clause from his will tattooed on his arm and posted it to his Instagram stories.

The tattoo reads, "When I'm gone, please don't release any posthumous albums or songs with my name attached to them. Those were just demos, and never intended to be heard by the public." It feels like performance art in a way. It's succinct and to the point, while also being its own meta commentary in a way on the posthumous releases of others.

Posthumous releases have a storied legacy. In some ways they can be transformative of how we see an artist, like in Originals (2019), a collection of Prince demos of songs he wrote that were made famous by other artists. In the same vein, without Janis Joplin's Pearl being released three months after her death, there would be only one solo record from the icon who passed tragically young. The argument becomes more complex in that regard, with people earnestly wanting to put out the music of those lost so early in their lives that they didn't have the chance to — as is the case with artists like Pop Smoke, Aalyiah, Selena, and Mac Miller. Regardless, .Paak has made his personal wishes very clear, and we'll see if other artists do the same in the coming years as the issue could become more prevalent over time considering the technological ease to record these days, and the everlasting nature of the internet.

More like this
It’s never been more clear that we need a Diddy and Jermaine Dupri VERZUZ
By Keith Nelson Jr.
Lil Nas X’s ‘Montero’ is a vulnerable guidebook on self-acceptance
By Brandon Yu
Lil Nas X delivered his baby, 'Montero,' along with an ill-fated love story
By Kara Weisenstein
Stay up to date