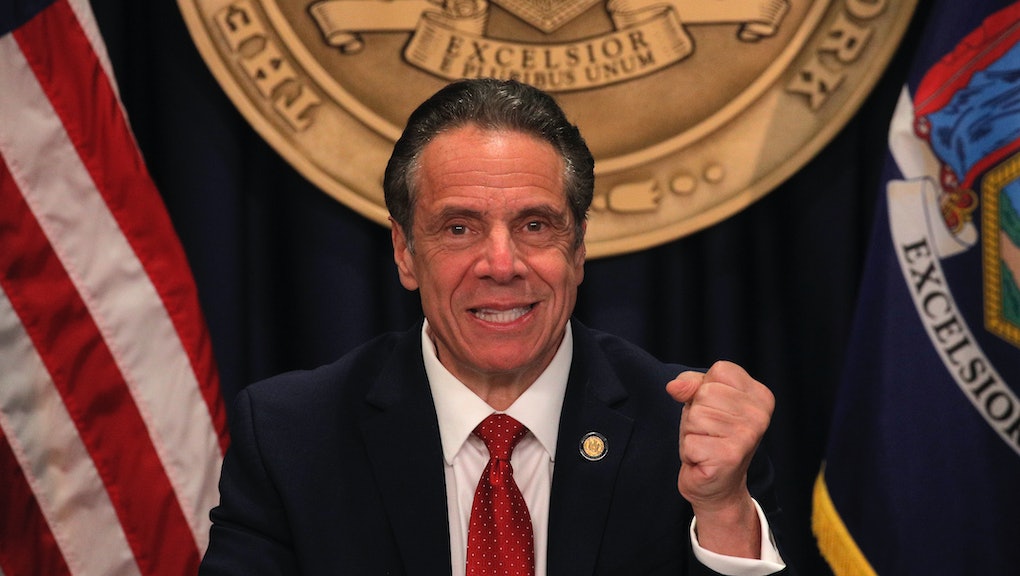 New York Governor Andrew Cuomo inked a lucrative book deal in the early months of the pandemic, back when he was still lauded for his daily COVID-19 updates and people self-identified as "Cuomosexuals."

It's weird to think back on that time, knowing what we do now. In March 2021, The New York Times reported that Cuomo aides rewrote a report hiding how many nursing home residents had died in the pandemic. Around the same time, multiple women accused the governor of sexual harassment. Following another Times report that Cuomo aides had helped write and promote his book, New York's attorney general Letitia James opened an investigation into his use of state resources on the vanity project.

Cuomo's memoir, American Crisis: Leadership Lessons From the Covid-19 Pandemic, came out in October 2020. That was before any of these scandals erupted, but the book sold horribly anyway. According to NPD BookScan, only 50,000 hardcover copies of the book have been bought, which isn't nearly enough to recover the publisher's investment.

Speaking of which, Crown, a division of Random House, promised to pay Cuomo an eye-popping sum. On Monday, the governor's office disclosed he was expected to earn more than $5 million on the book. He pocketed the bulk of it last year, $3.12 million — $1.5 million after taxes and deductions, with a donation of $500,000 to United Way of New York for COVID-19 relief and vaccination efforts, according to a statement provided to New York Times. and he's slated to get another $2 million in installments over the next two years.

According to the Times, the revelation of Cuomo's huge payday shocked publishing insiders. Former presidents are known to collect multimillion-dollar book advances, like Bill Clinton, who sold his memoir for around $15 million, or the Obamas, who got a collective $65 million for their autobiographies. But Senator Elizabeth Warren, who's written three books in recent years, has only gotten $3.5 million in advance money since 2013. She got just $250,000 last year for her most recent memoir. And Ted Cruz disclosed he got a $400,000 advance in 2020 for his book.

Cuomo's first book, All Things Possible: Setbacks and Success in Politics and Life, also sold terribly. We're talking just over 3,000 copies. That sort of track record doesn't square with the $5 million advance for the governor's sophomore effort. "There’s no question that they lost their shirts," Mike Shatzkin, founder and chief executive of Idea Logical, a publishing consultancy, told the Times. "Cuomo was the beneficiary of what can only be characterized as a bad commercial decision."