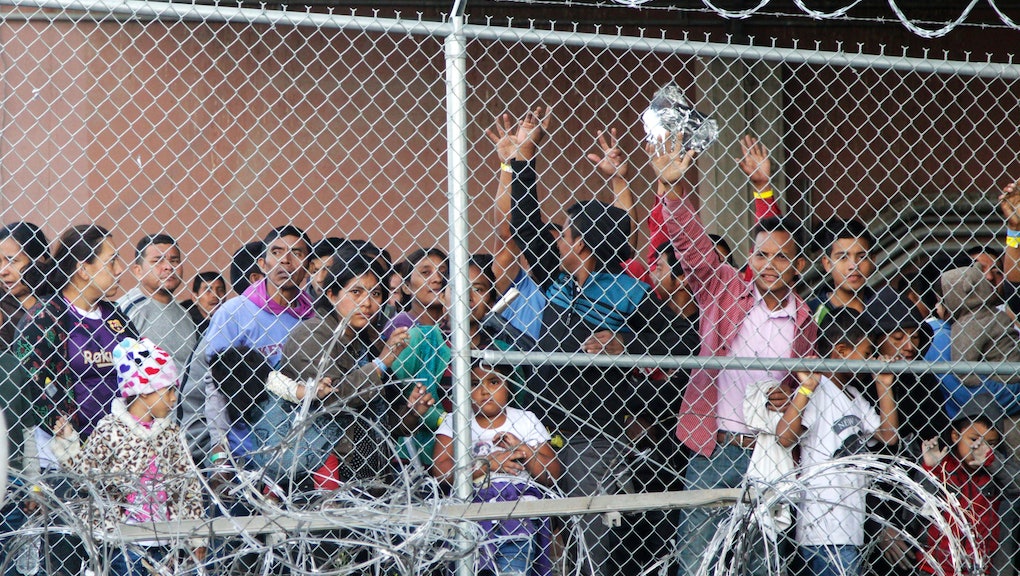 Another migrant child died after being detained by the U.S. government

An unidentified 2-year-old child died on Tuesday night after spending weeks in the hospital after being detained by U.S. immigration enforcement, according to the Washington Post. The toddler is the fourth child to die after being detained in the last six months. According to NPR, the boy entered the country with his mother on April 3.

The child was detained with his family by Border Patrol near El Paso, Texas after crossing into the country at the Paso del Norte International Bridge. The child was reportedly taken to the hospital three days into his detention, on April 6, when his mother alerted officials that he was ill. On April 8, the family was released from U.S. custody, with an order to appear in immigration court.

Guatemalan General Consul Tekandi Paniagua told reporters the boy was hospitalized for a month leading up to his death by pneumonia — though the cause of death has not been officially confirmed. Customs and Border Protection have declined to comment on the case, or provide any details about the death. The Washington Post was informed about the death through an anonymous source and the Guatemalan Consulate.

The 2-year-old died just a few weeks after a 16-year-old Guatemalan boy named Juan de León Gutiérrez died in a Texas children's hospital after being detained by Border Patrol. He was in the custody of the Office of Refugee Resettlement at the time of his death. León Gutiérrez reportedly left home hoping to purchase salt and corn for his family, who were surviving on one meal deal a day.

In December 2018, two other children, 7-year-old Jakelin Caal and 8-year-old Felipe Gómez, also died after being detained by Border Patrol. An autopsy revealed that Caal died from streptococcal sepsis. The New York Times reported that doctors who reviewed the autopsy determined that she would have been visibly ill hours before she received medical attention, while she was detained.

Gómez came down with an extremely high fever in a New Mexico processing center, after he and his father were detained for six days. He was pronounced dead on Christmas Eve. An autopsy determined he died of flu complicated by sepsis.

For years, activists and lawmakers have decried the conditions inside immigration detention centers, and reports from the Human Rights Watch have long documented substandard medical care which has resulted in death. In February, the New York Times reported that thousands of children reported being sexually abused while detained by ICE. Yasmin Juarez, the mother of a 19-month-old who died from a respiratory infection in May 2018, six weeks after being released from an ICE detention center, is suing the U.S. government for $60 million in a wrongful death suit.

The cause of death for the toddler has not yet been determined.