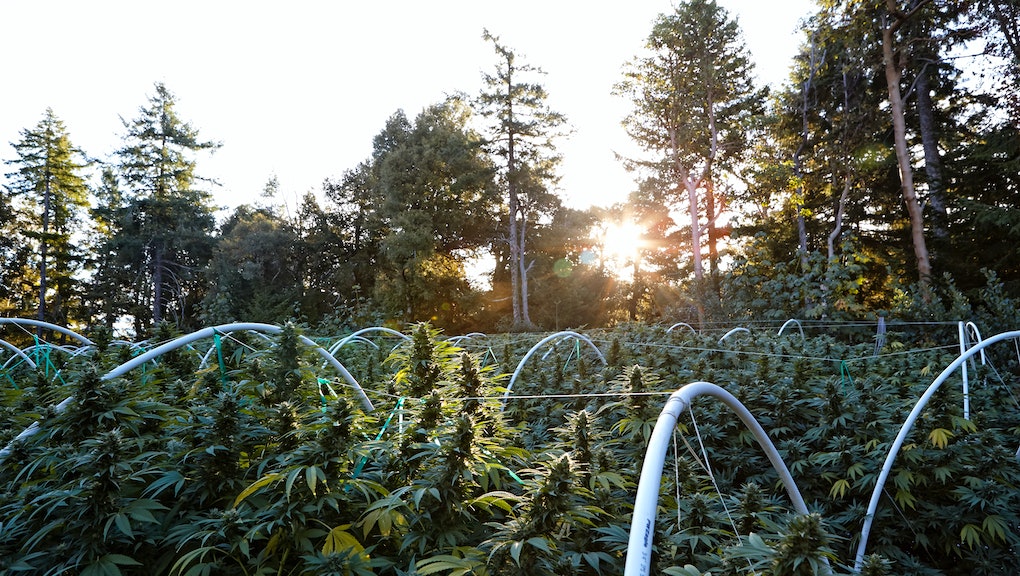 Another reason to legalize weed: It'll be better for the environment

There are plenty of reasons to legalize weed, from deescalating the drug war that has wrongly incarcerated tens of thousands of people to expanding the ability to study and understand the effects of the drug. But here's one more: to protect the planet. Turns out, the continued federal criminalization of weed is actually contributing to climate change. The reason why is a little wonky, but as a report from Politico explains, the fact that the federal government still considers weed an illegal substance restricts the ability to sell it across state lines, which forces growers in some states to use energy-intensive practices to meet demand.

Here's the quick version of what's happening: States in colder climates and with more restrictive laws have to do most of their growing indoors. That requires a whole industrialized set-up, with high-powered lights and artificial climate control,to create the ideal growing environment. All of that also happens to rack up a huge energy bill. According to a study published by the Lawrence Berkeley National Laboratory, indoor cannabis production requires as much as 2,000 watts of electricity per square meter. Overall it's costing about $6 billion per year, and it's responsible for more than 1% of total energy use in the United States — the equivalent of adding 3 million cars to our roads.

The state-by-state breakdown looks even worse. Take Massachusetts, for example. According to a report from MassLive, the indoor cultivation of cannabis there is now responsible for 10% of the state's entire industrial electricity usage. In Colorado, a recent study found that the state's cannabis farms have a larger carbon footprint than its coal mines. Given all this, it shouldn't come as a major surprise that weed is the most energy-intensive crop grown in the country.

By contrast, states that have fully legalized both the sale and the production of weed (and have better climates for growing the plant year-round) can do their growing outdoors, which sucks up significantly less energy. That same study from the Lawrence Berkeley National Laboratory found that there is just 50 watts of electricity per square meter needed to grow weed crops outside — a reduction of 97.5% of the total energy consumption.

Here's where the decriminalization part comes in. If the federal government allowed weed to be sold across state lines, farms that produce weed in a more environmentally friendly way would be able to expand their offerings and sell to other states. Like other crops, there are just some regions that are better equipped to grow cannabis than others. Farmers would be able to set up shop in states where it's easier and more environmentally friendly to grow the crop, knowing they'd still have the whole country to sell to.

There's also the fact that by legalizing the drug, the federal government could implement regulations for farmers to make sure they are growing in an eco-friendly way. Currently, states can create their own standards, but they're often flawed. Illinois, for instance, requires growers to use energy-efficient LED lights — but that's just making the best of a bad situation, as growers still have to build massive warehouses in which to use the lights, which still suck up lots of energy.

Outdoor growing isn't a cure-all for the environmental footprint of cannabis. It still requires tons of water and happens to grow best in a region where that particular resource faces a scarcity problem. But shifting growing to regions where less harm is done to the planet would still be a significant improvement. After all, nothing kills your high quite like thinking about the carbon footprint of your joint.

More like this
Greta Thunberg calls out G7 leaders for their frivolous and wasteful meeting on climate change
By AJ Dellinger
A 400-mile climate march ended with protesters crashing Ted Cruz's front yard
By AJ Dellinger
GOP Rep. Louie Gohmert has some truly appalling questions about outer space
By Rafi Schwartz
Stay up to date