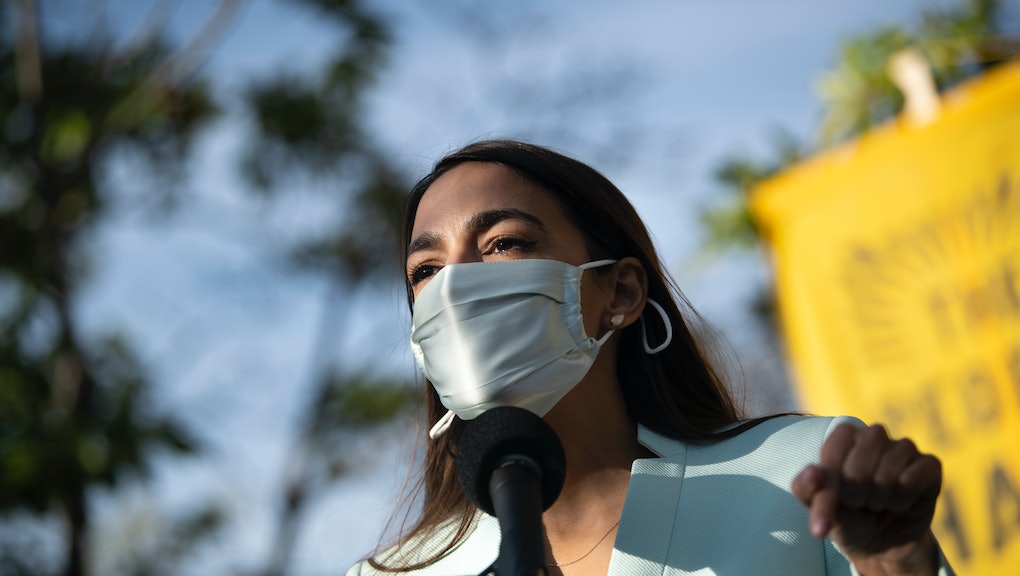 The first week since the Capitol siege has fueled as many questions as answers. How close did rioters come to using their zip ties on members of Congress? To what extent were they aided by Capitol police and possibly even other Hill insiders? How much deadlier could this have been? During a stirring Instagram Live stream on Tuesday night, New York Rep. Alexandria Ocasio-Cortez (D) alluded to a terrifying, traumatic close call last Wednesday, which left her fearing for her life.

“I had a pretty traumatizing event happen to me," she said during the stream. "And I do not know if I can even disclose the full details of that event, due to security concerns. But I can tell you that I had a very close encounter where I thought I was going to die."

Over an hour-long stream, Ocasio-Cortez excoriated her Republican colleagues who inflamed election conspiracy theories in the months leading up to the Capitol riot. She called for the impeachment of President Trump, a vote for which begun Wednesday, along with the resignation of Republican Sens. Ted Cruz (Texas) and Josh Hawley (Mo.), who were instrumental in contesting the vote — and, in Hawley’s case, who fist-pumped the mob before heading into the chamber.

The past week has seen little reflection from Trump’s Republican enablers in Congress, save for the stray few who are set to defect in a last-ditch effort to save face. Aside from the representatives who’ve tested positive for COVID-19, days after locking down with maskless members of Congress and staffers, Ocasio-Cortez suggested that another security concern she had was that some of her more extreme peers on the Hill might compromise her location to the insurrectionists:

AOC’s livestreams are often a crucial peek into the congressional process, demystifying the more arcane aspects of her job on Capitol Hill. And now with the scarcity of official information following the Capitol siege — save for Tuesday’s Justice Department presser and the tremendous reporting that’s helped string the sequence of events together — Ocasio-Cortez’s Instagram account has become a candid glimpse into a violent attack that the general public still doesn’t fully grasp.

A number of House Republicans reportedly want to cast their vote to impeach the president, but fear the blowback of credible death threats from their constituents. But Ocasio-Cortez’s Instagram stream reiterates what was already blatantly clear: These threats are always an ambient presence in her day-to-day life, and last week was just the closest they’ve come to actualizing.