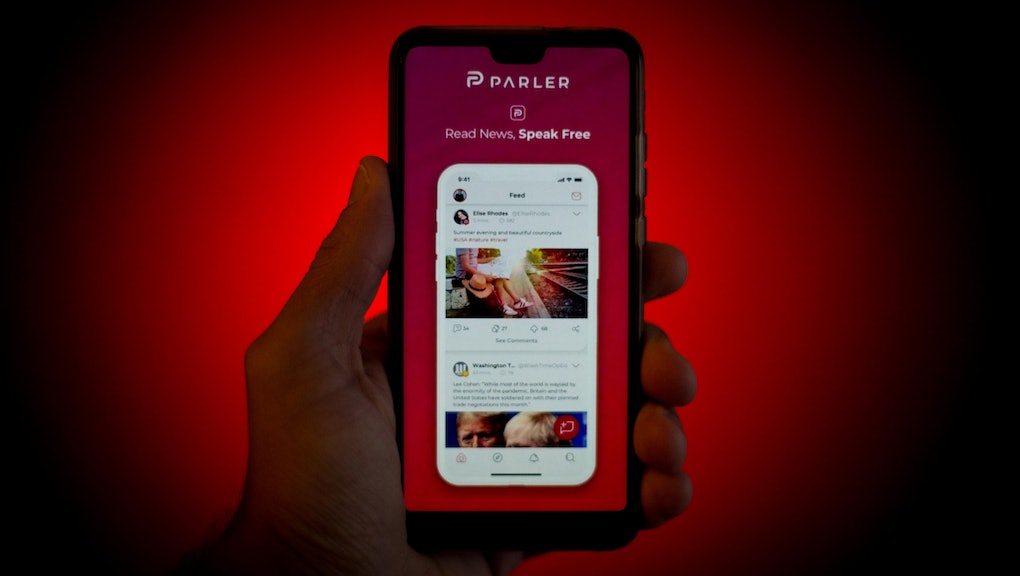 Apple is letting Parler return to the App Store

The far-right Twitter clone that was the platform of choice for many of the people who carried out the riot at the U.S. Capitol is coming back to the Apple App Store. In a letter sent to Republican lawmakers, Apple said that it would allow Parler to return to its mobile app platform after the social network laid out plans to better detect and moderate hate speech.

Parler was removed from basically every major online platform — including Apple's App Store, the Google Play Store, and Amazon Web Services — following the Jan. 6 coup attempt carried out by supporters of former President Donald Trump. Reports from Gizmodo revealed that GPS data scraped from Parler placed some of its users inside the Capitol during the riot that resulted in five deaths. It was also revealed during a lawsuit in which Parler tried to force its way to getting service reinstated that the platform was hosting lots of vile messages that included racist screeds and calls for killing lawmakers. Of course, that was pretty obvious to anyone who spent any time scrolling through the site's feed, which is filled with hate speech.

Apple gave Parler the boot for failing to moderate user-generated content. According to the company's guidelines, apps hosted in the App Store "should not include offensive or discriminatory content, including that which is likely to humiliate, intimidate, or harm a targeted individual or group." Unfortunately, that is all basically Parler's calling card. So it makes sense that the app would be sent packing.

But while Apple dropped Parler, it didn't outright ban it. The company has always left open the possibility of restoring the app if it manages to comply with the company's guidelines. According to the letter Apple sent to Republican Utah Sen. Mike Lee and Republican Colorado Rep. Ken Buck, the company communicated with Parler to craft moderation policies that would put Parler back in compliance with Apple's rules. On April 14, Apple approved a proposed update to Parler that would fit the requirements of the App Store. Parler is expected to once again be available on iOS devices including iPhones and iPads as soon as the update goes live.

Mic has reached out to Apple for comment on the company's decision to reinstate Parler. We will update this story if we hear back. Unlike Apple, Google and Amazon have declined to allow Parler to return to their platforms, citing the app's failure to implement effective content moderation policies.

It's hard to read Apple's decision to let Parler return to its platform as anything more than setting the company up for inevitable failure. Since basically getting blackballed from the internet after the insurrection attempt, Parler has returned thanks to the support of a Russian web host, and the company's leadership has made little effort to actually make the platform more palatable, going so far as to oust the founder for suggesting stricter content moderation.

However, it seems Apple is the company's one real weakness. Having a mobile app is important for the Twitter clone, and getting back in the App Store is basically the only viable way to reach iPhone users thanks to Apple's walled-garden approach to apps. Parler talks a big game about standing its ground, but its return to the App Store means that it acquiesced to Apple's demands. Either Parler will quickly get taken down again because it can only keep up the appearance of decency for so long, or it will exist as a neutered form of the supposed "free speech platform" that it claims to be.

More like this
Why is Facebook this confused over letting Donald Trump back?
By Rafi Schwartz
Instagram now lets you add pronouns to your profile. Here's how to do it
By AJ Dellinger
UFOs are real but might not be aliens — and that's somehow more terrifying
By AJ Dellinger
Stay up to date