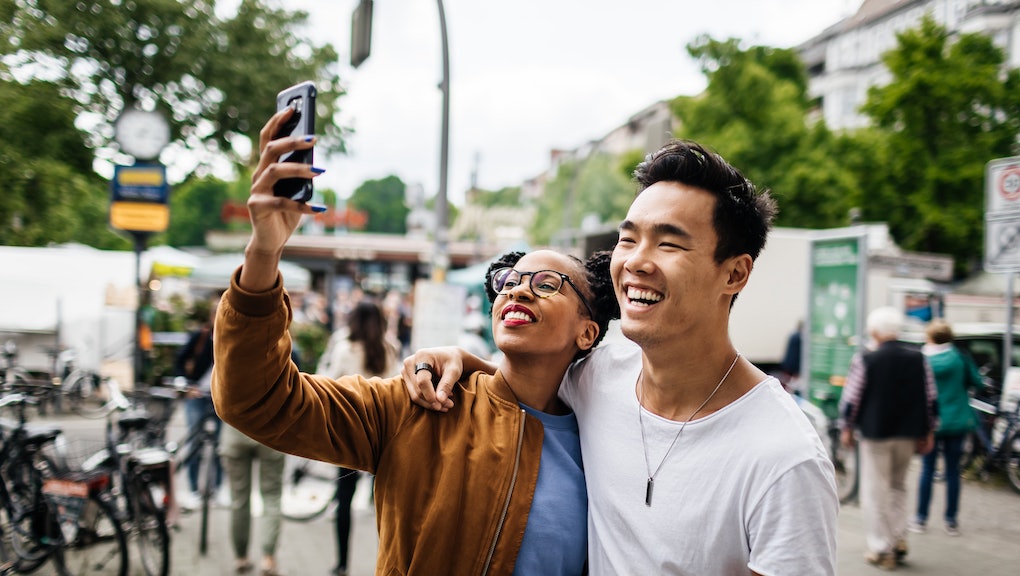 Are couples becoming monogamous too fast?

Plenty of our contemporary dating rituals are painfully drawn out. We spend weeks cautiously flirting on dating apps, months remaining in undefined gray areas, and, if we're looking for monogamy, our ego sometimes makes us dance around this fact in a very strange way. But when we actually find someone we'd like to be monogamous with that's another story.

According to a Google survey of 3,058 individuals in February of 2015 by Mic, the most common timetable for having the exclusivity talk in a relationship was less than four weeks. A full 45.2% said they dated their current partner for less than a month before taking themselves off the market while 28% of respondents said it took them just one to two months.

If a month sounds like a surprisingly short time to contemplate a monogamous partner, know that for a lot of people, it really isn't. Perhaps the game has changed. Here's what to consider.

A lot can happen in four weeks

According to a dating survey conducted by Time Out of 11,000 people worldwide, people decide to go exclusive and stop seeing other people after six dates — which, for many, falls in line with the one- to two-month mark. They officially declare themselves a couple after nine dates, on average.

So how can one month of six dates turn into an exclusive relationship? Let's do the math. People tend to spend at least three to four hours on a good date (and that's a conservative estimate), which means after six dates (assuming no sleepovers), you've spent almost 24 hours together.

According to Time Out, the average time it take for people to get to the sex part is 3.53 dates; previous surveys have estimated that we're willing to both kiss and sleep with someone after just two to five dates. That means after six short dates, 20-somethings are bound to have kissed, had sex multiple times and spent cumulatively an entire day with the person they're just beginning to date.

Six dates might not seem like enough to build intimacy, much less prompt an exclusivity conversation. But depending how physical those dates get, they can. Judging by the data, we're making out and having sex (shocking, we know), which can actually be a big deal. A 2013 study from the Archives of Sexual Behavior found that the primary function of first kisses it to determine mate suitability and has a meaningful effect on pair bonding — what study author Robin Dunbar called the "Jane Austen" assessment.

Theoretically, the more we engage in physically intimate behaviors with our partners, from kissing to casual sex, the more likely we are to form meaningful bonds that can lead to the real-deal girlfriend or boyfriend talk. Sounds pretty idealistic, but hey.

Plus there's evidence that heightened levels of the bond-forming hormone oxytocin are responsible for driving those butterflies as well as maintaining long-term connections. With a jolt of hormones, some researchers found that "falling in love" (or, let's be real, lust) only takes one-fifth of a second. That's a lot less than six dates.

That physical and emotional intimacy is amplified by behaviors that connect us faster and more frequently to the people we've just met. As reported by Slate, a 2014 State of Dating in America survey found that 78% of singles expect to be communicated with in some way within 24 hours of a really good date, with 31% of people ages 25 to 29 citing texting as a good means of asking someone out. Then there's the texting between dates (although the practice remains controversial).

That constant contact fosters feelings of support and communication that make relationships last. According to the Pew Research from 2014, "41% of 18- to 29-year-olds in serious relationships have felt closer to their partner because of online or text message conversations."

Those texts, emoji-filled as they may be, are shortcuts to intimacy. In a small study of texting and relationships, Amanda Klein of Towson University found that, during "the early stages of a relationship or in casual dating scenarios, texting is an ideal mode of communication, as it helps reduce uncertainty and lessen anxiety," according to the Huffington Post.

That increased communication, plus the physical intimacy, is jumpstarting relationships in a way not previously seen. In the early to mid-20th century, young daters were actually likely to keep their options open; women were discouraged from eating over a man's house during the evening, and young people were advised to date as widely as possible before getting "pinned." According to surveys from the University of California Press from 1960, 51.6% of boys in their senior year of high school went on two dates a week, while fewer than half were going steady with anyone.

Fast, but not warp speed

When it comes to being "exclusive," six dates, or less than four weeks, isn't so nuts: We've had sex with the person, we've definitely spent time in their apartment and we're probably exchanging mid-afternoon texts. It's the perfect terrain between something casual and something incredibly serious — but it's past the point where you're just leading someone on.

After six dates, spending time with that person becomes a considerable investment. It's not crazy to want to start assessing whether to move on or really commit.

This article was originally published on March 2, 2015

More like this
A mother and daughter have been charged with murder after performing a back alley butt lift
By Melissa Pandika
What is sploshing, the food fetish that's taking over TikTok?
By Melissa Pandika
This anxiety study is a really passive-aggressive reminder that wealth equals happiness
By Ian Kumamoto
Stay up to date