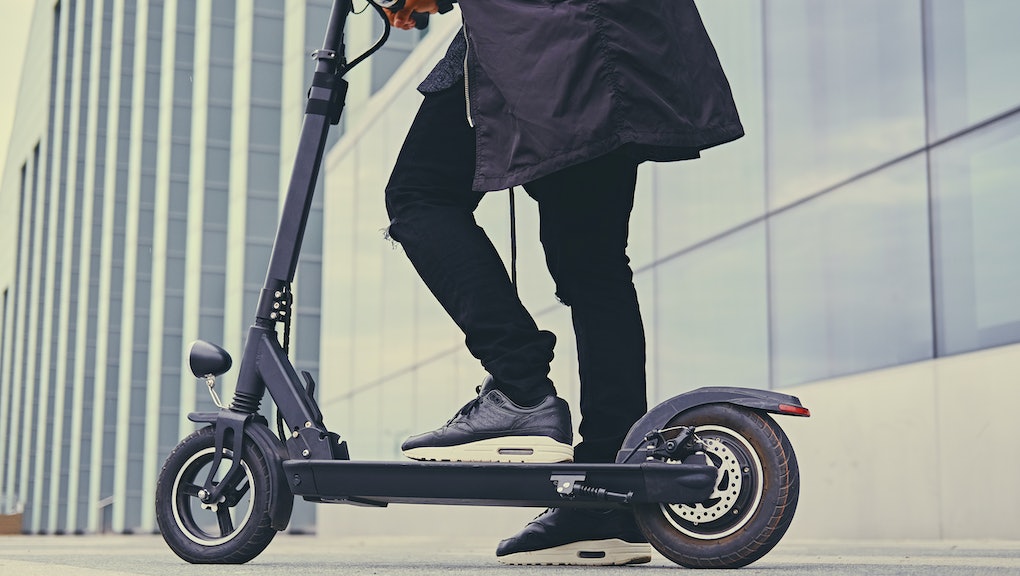 Are e-scooters safe? Not really, but these cities are trying to change that

If it seems like hordes of scooters just showed up on your sidewalk out of nowhere over the past year, you’re actually not wrong. Startups like Lime, Bird, Skip, and others have taken a “better to beg for forgiveness than wait for permission” approach to their launches which has resulted in many cities seeing scooters pop up on their sidewalks literally overnight without any time to put adequate safety measures in place. And when you see fellow city dwellers zooming around sans helmet the question of whether e-scooters are safe to ride down already congested streets and sidewalks (especially after similar questions about e-bikes) becomes even more pressing.

City and citizen-level reactions to “The Year of the E-Scooter” have varied, ranging from enthusiasm to outrage. However, as ridership skyrockets, the primary issue faced by scooter lovers and haters alike is the uptick in injuries and even fatal accidents that have occurred since e-scooters started popping up in 2018. According to a report from the National Association of City Transportation Officials (NACTO), the number of trips taken via “micro-mobility” vehicles (including bike shares, dockless bikes, and now e-scooters) has more than doubled since 2017. As a result, more city governments are taking action to keep people safe and develop more proactive ways of collaborating with startups in the future.

Austin, TX has been at the forefront of this effort and recently collaborated with the U.S. Center for Disease Control (CDC) on an e-scooter-related injuries study that revealed that at least 190 people in Austin were injured while riding a scooter between September and November of 2018. Of those 190 individuals, 15% showed evidence of a traumatic brain injury and less than 1% had been wearing a helmet while riding.

As significant as those numbers sound, the report’s authors admitted that only injured riders who went to, “Austin-Travis County Emergency Medical Services (ATCEMS) or presented to an emergency department (were included in the study). The investigation did not identify those who sought medical care at urgent care facilities or private physician offices or those who were treated later in time.” For this reason, the total number of riders affected could actually be much higher than originally reported.

In response to the overall rise in scooter safety issues, some cities, including Austin, Birmingham, AL, and San Francisco, have tried to regulate or ban scooters outright for operating without city permits, illegally parking on sidewalks, and for actively lobbying against safety measures requiring riders to wear helmets.

Similarly, the Texas State legislature also has Senate Bill 549 up for consideration that would ban scooters from sidewalks, require all users to be over the age of 16, and allow cities to create restricted areas where they can’t be used at all.

“It’s like the wild, wild west out there with no rules,” state Sen. Juan Hinojosa, D-McAllen, told the Texas Tribune. The goal of the new legislation, which recently passed the State Senate and is on its way to the State House of Representatives, will allow Texas cities to establish minimum requirements for scooter safety.

On the flipside, e-scooter companies are recognizing that working with cities and riders to improve safety is actually better for business than taking them by surprise. For example in advance of Austin’s South by Southwest (SXSW) conference, Lyft released a Guide to Good Scootiquette to educate riders about safe and courteous behavior as a cyclone of scooters descended on the city’s sidewalks and highways.

Similarly, the e-scooter company Bird which has periodically been on the outs with various cities for lobbying against safety regulations and operating without permits, has released a new GovTech platform that it hopes will not only patch things up but help other cities work with the company more effectively.

The platform is available via a free downloadable application programming interface (API) that gives cities access to a wide variety of features including customizable geo-fencing to tell riders where they can and cannot park, age verification to ensure riders are 18 years of age and older, and a City Dashboard (pictured below) that gives municipal administrators access to anonymous, aggregated data about rider trips within the city.

City transit advocates hope that greater collaboration between governments and startups will preserve people’s access to increased mobility (particularly in areas where public transit isn’t an effective option) and encourage private sector innovation. At the same time, as chaotic as “The Year of the E-Scooter” has been, companies like Bird have been quick to note that the uptick in micro-mobility use has put positive pressure on cities to work harder at making sure streets are safe for riders by investing in better sidewalks, increased bike lanes, and less car-centric infrastructure.