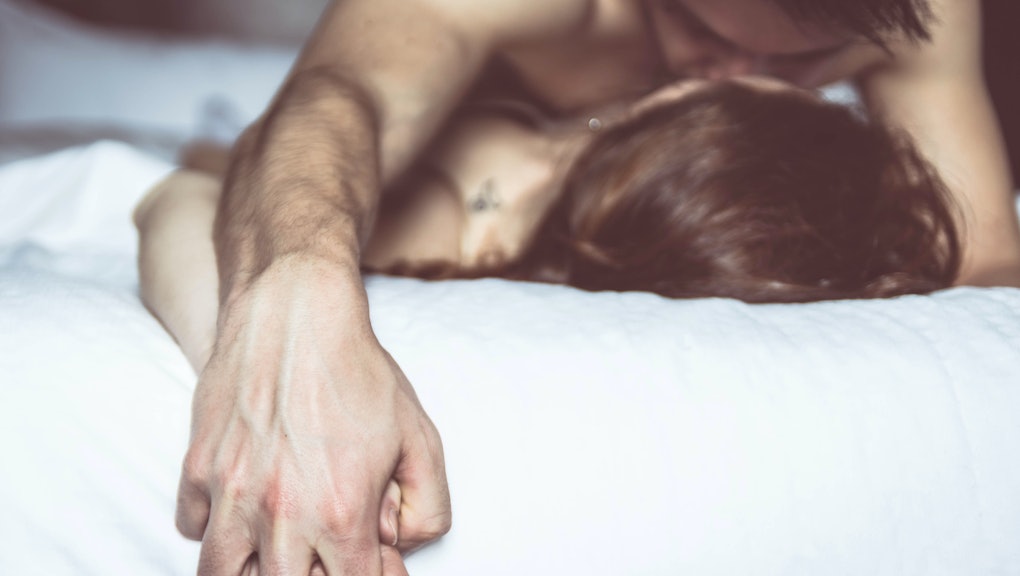 “During all of my experience on sets, I have never, ever seen a fluffer," says Tanya Tate, an adult actor and model. "I have seen ‘stunt cocks’ who can jump into the scene for the final ‘money shot.’ I have had girlfriends who were on set jump in to help me with my group scene. But having someone else warm up my partner, like the way a comic would warm up the audience before the taping of a TV show? I have never had this happen or known of this to happen.”

Other actors echo Tate's experiences. “I am not here to kill fantasies, dreams or limit the amount of online job forms filled out for this career, but there are no fluffers in the adult industry," says Lisa Ann, a 20-year veteran of adult film.

“I don’t have an explanation [of fluffers] other than the fact that they don’t exist and as far as I know they never did,” adds Joanna Angel, adult actor and head of the erotica site BurningAngel.

“They are not real,” claims adult actor Jesse Jane, laughing. “It’s a myth." She tells Mic that while she's seen people engage sexually on set before their scenes, there is no established role of a fluffer.

Yet the myth of the job's existence is far from an open-and-shut case. In 2012, performer and dancer Hunter Skott told Nerve that she'd worked as a fluffer, explaining that the job is only used for certain types of adult films involving multiple people. "A friend of mine... asked me if I would come down and be a fluffer for the day. And I'm like, 'all right, I've never done it, so I'll do it,'" Skott recalled of her first experience in the role. She added that that she wasn't aware of fluffers that exist for women, just men — an indication that if the role does exist, it prescribes to the same patterns of patriarchy that permeate in the industry already.

Other industry professionals agree that role of the fluffer did exist but, for the most part, in a different era of adult film. “The last time I saw [a fluffer] being used was maybe 15 years ago,” says Brian Scott Gross, president of BSG PR, an adult film publicity firm. “There were brought onto productions to help the men maintain erections for the shoots.”

It's understandable why people might believe that fluffers are commonplace. Adult film is built upon and sold as an alternative to real life, and the idea of a 24-hour "helping hand" could be a fantasy for some viewers. But that fantasy aside, there might never be an actual consensus on fluffers in the adult film industry. Depending on the person asked, they could be an antiquated role of the past or a still-active MVP. And just as there are varying understandings of the industry in general, one person’s idea of a fluffer could be vastly different from the reality of the actual job.

This article was originally published on Aug. 9, 2019