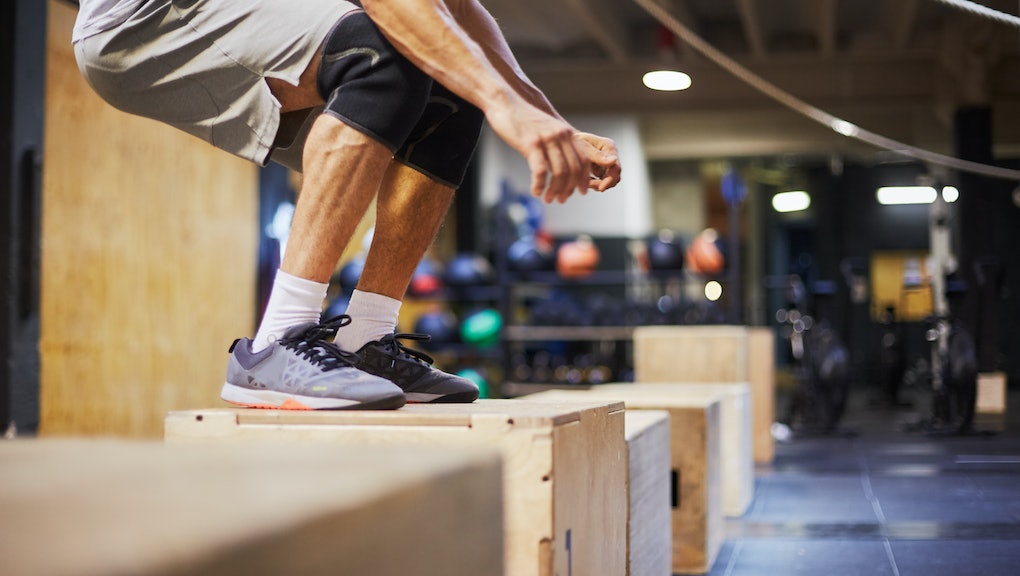 Are HIIT workouts overrated? Experts break it down

Since the pandemic forced numerous gyms across the country to close, I’ve definitely noticed more at-home workouts populating my Instagram feed. Many are HIIT workouts, which basically involve alternating between quick, explosive bursts of activity and brief rest periods, and you can easily do them at home. At a moment when so many of us are desperately seeking outlets for our nervous energy, I guess I can understand the appeal of sweating and panting between burpee sets in your living room — but I can’t relate to it. You see, I hate HIIT.

It’s not that I shy away from a physical challenge. I just prefer the gradual pace of a long, uphill hike or heavy weightlifting session to a breathless, ankle- and soul-crushing HIIT workout. Sure, the fitness world often hails HIIT as the best, most efficient way to burn calories, lose weight, and improve heart health.

But is HIIT overrated? If I’m getting a workout from other activities, do I really need to squeeze a bunch of high-intensity exercises into 20 minutes?

According to experts, no. “You can get virtually all the same benefits from doing low-intensity exercise,” Michael Fredericson, a sports medicine physician at Stanford Health Care, tells me. It’ll just take longer. Plus, all those high-intensity movements can exact a toll on your body.

What is exactly HIIT, and what’s so great about it?

“There’s no set definition of what a HIIT workout is,” says Alexis Coslick, an assistant professor of physical medicine and rehabilitation at Johns Hopkins Medicine. If you scroll through HIIT workouts on Instagram, you’ll notice infinite combinations of pushups, burpees, jump squats, and other short-burst movements. But generally speaking, you perform various sets of these exercises for a certain number of seconds or reps, with breaks in between, at an intense level — “so probably 85% to 90% of your maximum effort, whereas if you’re running or doing more long-distance aerobic exercise, you might be working at more like 60% or 70%.”

As with so many things in the age of Amazon and Postmates, the real selling point of HIIT is its efficiency. As its name suggests, steady-state cardio refers to lower-intensity cardio done at a steady pace you can keep up for a while. (Think a three-mile jog.) HIIT allows you to enjoy the same benefits of steady-state cardio — such as improvements in blood pressure and glucose control, calorie burning, and weight loss — but it takes you considerably less time, Fredericson says. All those jumping movements can also translate into better performance for sports that require them, like football or basketball.

Proponents also emphasize HIIT’s “afterburn effect,” or the ability of your body to continue burning calories long after your workout, which Fredericson likens to putting a car in high gear. “Your metabolic system is more turned on, so you’re going to burn more energy and a higher percentage of weight.”

So should I do HIIT instead of steady-state cardio?

It depends. Steady-state cardio will burn the same amount of calories, and result in the same amount of weight loss and heart health benefits as HIIT, but it’ll take you more time, Fredericson says. It results in an “afterburn,” too, albeit a less intense one. Coslick tells me about a 2017 Obesity Reviews analysis that found that HIIT and moderate-intensity continuous training, like running, resulted in similar reductions in body fat, but HIIT did so more efficiently.

So if you’d rather do a 40-minute jog instead of a 20-minute HIIT workout, and you have room in your schedule, go for it. If you don't have as much time, though, HIIT might make more sense.

Consider your goals, too. If you don’t want to lose weight, then it doesn’t really matter which type of cardio you choose. “People can be overweight but still very fit,” Fredericson says. “Just because you’re overweight doesn’t mean you’re not in good physical shape.”

There’s one benefit HIIT offers that steady-state cardio doesn’t: what Fredericson refers to as “explosive training.” No matter how much steady-state cardio you do, it won’t boost your ability to move quickly or dynamically (like you would for, say, football) the way HIIT does. “But not everyone needs that, and you don’t necessarily need that for general fitness or even health benefits.”

What are the downsides of HIIT?

“There’s definitely a risk for injury,” Fredericson says, adding that HIIT can put a lot of stress on your soft tissues, ligaments, and joints. It can trigger knee arthritis flare-ups, too. He cites a 2019 Journal of Sports Medicine and Physical Fitness study that documented an increase in injuries related to HIIT programs, particularly in white men between the ages of 20 and 39. Knee and ankle sprains were the most common, which makes sense. “If you land from a jump and don’t have good neuromuscular control, your knees collapse, your ankles collapse,” Fredericson explains. You can’t just start doing these jumps — you need to build up to them over time.

The beating my knees and ankles take during movements like jump squats and burpees is a huge reason I don’t do HIIT. Years of running long distances almost exclusively on pavement had already taken a toll on my knees, which I found HIIT to only exacerbate.

Because HIIT can strain your joints, “these are not the workouts people should be doing every day,” Fredericson says. “You only want to be doing it a couple of times a week. Where people get in trouble is thinking ‘more is better,’ and doing it five or six days a week.”

How can I do HIIT safely?

Easy does it. Fredericson recommends beginning with a shorter, 10- to 15-minute workout, and making modifications to any movements you’ve never done before. Instead of a jump squat, for instance, try a regular squat. Assess how your body feels and adjust accordingly.

Coslick suggests working out at a lower intensity with shorter rest periods to start, and gradually increasing both. Muscle and tendon strains are more likely to happen when people start a new workout, “because the body is not ready for that kind of workload.” Working on your stability and balance can help you protect your joints in the long-run when doing HIIT, she adds.

“Keep it simple,” says Maillard Howell, owner of Dean CrossFit in Brooklyn and wellness consultant for The Beta Way. “Try to minimize pounding the same muscle types or muscle groups consecutively.” Stay away from movements that look flashy and overly complicated, and stick to foundational classics, like squats and sit-ups.

And again, don’t overdo it. Fredericson says to limit HIIT workouts to three times a week, and Coslick advises spacing them out so you don’t do them on consecutive days. “Rest days are important,” Howell says. “That's when you really reap the benefits of the workout.” He thinks two HIIT workouts a week is enough for most beginners.

Importantly, listen to your body. If you’re experiencing soreness around your joints instead of your muscles, “that’s not healthy,” Fredericson says. Puffiness and difficulty bending the joint could indicate inflammation, “which is very damaging to the joint and could accelerate arthritis.”

If I hate HIIT, can I get by without it?

Totally. “I think one of the biggest things we forget about exercise is the mental health benefit” — the relaxed state it allows your body to enter, especially afterward, Fredericson says. If you’re in agony throughout a HIIT workout, what's the point? Besides, grinning and bearing it just isn’t sustainable. “I wouldn’t be too hung up on high-intensity or not. Just find something enjoyable and something you’re going to do on a regular basis.”

Howell agrees. “People like different things, and different things work for different people,” he says. “Don’t think that HIIT training is the gold standard or the sole way to achieve what you’re trying to get.” Bye-bye, burpees. I’ll stick with my strength training and hikes.

More like this
Having a bad trip? This hotline can help you find your chill
By Melissa Pandika
SAMe supplements and depression: Can they really help?
By Tracey Anne Duncan
COVID-19 vaccine drug interactions: Is there anything I should avoid?
By Joseph Lamour
Stay up to date