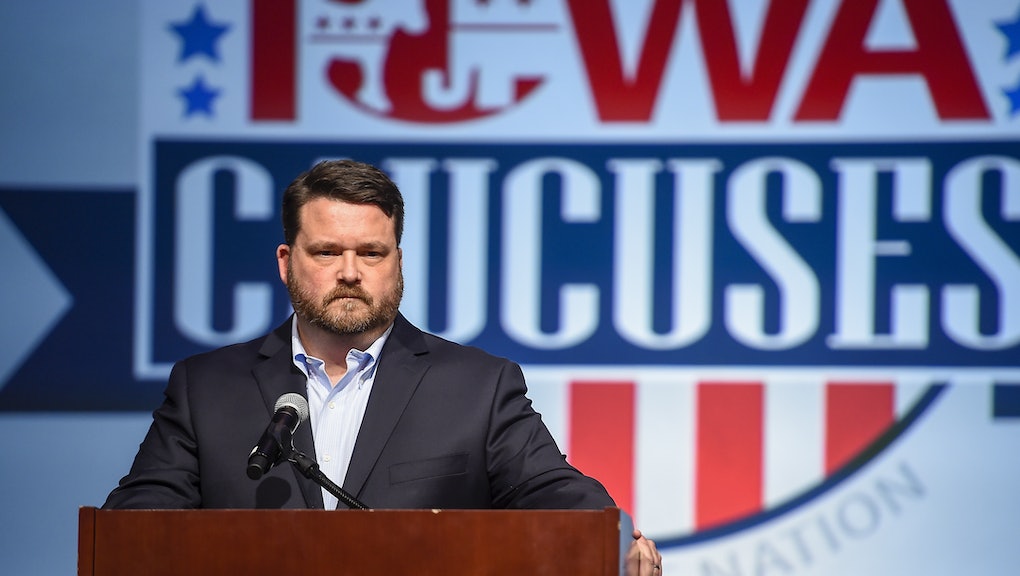 Are the Iowa caucuses a scam?

The postmortems continue to roll in following the spectacular combustion of the Iowa caucuses last week, in which the failure of a shoddily designed app set off a cascading chain of errors culminating in what one local official called “systemwide” collapse. Though the Iowa Democratic Party has claimed that all of its votes have been counted, reporters have discovered glaring errors in the data, calling into question the legitimacy of the results. Bernie Sanders’s campaign has requested a recount of some precincts after reports showed that delegates were erroneously awarded throughout the state; the Vermont senator was shown to be in a virtual tie at the top of the Iowa results with Pete Buttigieg, the former mayor of South Bend, Indiana.

But a deeply reported story in The New York Times published Sunday took what was already a disaster for the Democrats and made it worse. The newspaper exposed massive flaws in the data that was reported by the Iowa Democratic Party and indicated that there may be even deeper problems with the state’s caucus operation — dating back decades. A team of Times reporters found “inconsistencies in the reported data” in 1 out of 6 of all of the state’s precincts.

The genesis of the problems in Iowa is relatively simple: Their caucus model is a complex and rickety system and was overloaded this year with new requests for data. After losing to Hilary Clinton by a fraction of a percentage point in delegate totals in 2016, the Sanders campaign demanded that the state party release raw vote totals in 2020, in order to determine who won the popular vote. In total, precincts were expected to report three datasets this year, instead of just one: the initial vote totals, the final vote total after candidates below the 15% threshold were eliminated, and state delegate equivalents in an estimate of how many delegates each candidate’s vote total would add up to. The failed app was designed to help the flow of this information.

But once the app went down, precinct chairs were forced to call in their data individually to the state party headquarters. This is when all hell broke loose. The Times reported that users on 4chan posted the election hotline number, intentionally jamming up the phone lines and preventing local precincts from reporting their results. Some precinct captains emailed their information in — but nobody at headquarters was checking the inbox on the night of the caucuses. By Tuesday morning, the inbox had more than 700 unread emails bearing results from the previous night, per the Times.

The chaos that followed led to a massive crisis in vote reporting accuracy, as volunteers called in their totals over the phone and calculated complex delegate apportion equations on the fly. Per a New York Times review of the results, 10% of all precincts in the state gave out the wrong number of delegates, when compared to the raw vote totals that they recorded. In some cases, delegates were given to candidates who did not manage to cross the 15% threshold, which is supposed to weed out candidates during the first round of a caucus and force their supporters to select a different candidate.

Prior to 2020, it was not possible for independent reporters to check the delegate math because precincts weren’t reporting their raw vote data. But with the new reporting protocols this year forcing caucus sites to essentially “show their work,” monumental inaccuracies were revealed, calling into question whether or not the caucus results out of Iowa have ever been accurate.

The night of the election, Troy Price, the head of the Iowa Democratic Party, held a conference call where he told representatives from the campaigns that the new reporting requirements were slowing things down. According to the Times, Jeff Weaver, a chief adviser for the Sanders campaign, responded, “You always had to calculate these numbers, all we’re asking is that you report them for the first time. If you haven’t been calculating these numbers all along, it’s been a fraud for 100 years.”

Per Weaver’s recounting in the Times, Price hung up on him.

The implications of the Iowa failure are substantial as a crowded Democratic primary grinds on. Nevada will host its Democratic caucuses in less than two weeks, and the question of whether the state will be able to learn from Iowa’s failures remains open. Tom Perez, the head of the Demoratic National Committee, told the Times that he would “implement all of the lessons learned,” but didn’t elaborate on what that actually means.

Meanwhile, though the Nevada Democratic Party announced that it wouldn’t use the failed Iowa app, new reports say that the state plans to use a newly designed iPad-based “tool” instead — which local officials are already complaining about. It’s hardly a vote of confidence given that a week out from Iowa, there still isn’t a clear winner, and a primary field that is still bulging with 11 candidates needs whittling soon if a strong, unifying candidate is to emerge to take on President Trump this fall. If everything breaks down once again, the legitimacy of caucuses both past and present will be called into question.