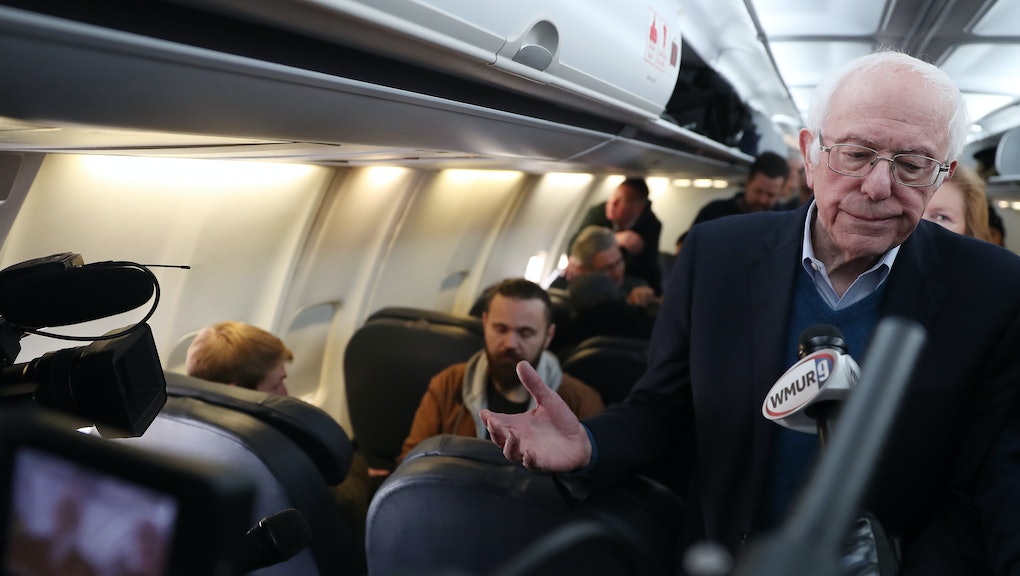 The failed Iowa caucuses beg the question: Is this the best we can do?

On Monday night, a year’s worth of volunteer enthusiasm, millions of man-hours, hundreds of thousands of knocked-on doors, and the impossible-to-measure weight of hopes and dreams came tumbling down into the familiar dreary abyss of bureaucratic confusion and tech-fueled blundering. Ladies and gentlemen, the Democrats! What really happened to the Iowa caucuses remains relatively unclear on a granular level, but the upshot for the millions of people waiting with bated breath for the results of the first votes cast in the 2020 election is that errors resulting from a poorly designed app caused what one state official described as a “systemwide failure.” State party officials found “inconsistencies” in the data that was reported. In the end, no results were released Monday; on a call Tuesday afternoon, the party announced that at least 50% of the results would be made public at 5 p.m. ET. Of course, this could just lead to even more confusion; by not releasing the entirety of the results, the party risks creating even more fuel for conspiracy theories and general mayhem.

Is this the best we can do?

The gist of the debacle appears to center on an app that the Democatic National Committee commissioned from a company called Shadow. The goal was to reduce the time it took for volunteers to report the results from caucus sites across the state. The reporting process was more complex this year than in previous years; for the first time this year, three sets of data were reported as opposed to just one, the result of rule changes proposed by the Bernie Sanders campaign in the wake of the 2016 primary. As anyone who has owned any digital consumer technology at any point in their lives could have predicted easily, the app failed.

"We determined with certainty that the underlying data collected via app was sound,” said the Democratic Party in a statement. “While the app was recording data accurately, it was reporting out only partial data. We have determined that this was due to a coding issue in the reporting system."

When the app produced flawed results, many precinct chairs in Iowa attempted to call in their results, which was standard operating procedure in previous years. Many reported hour-long wait times to speak to party representatives, while others weren’t able to get through via phone at all — including one man who finally made it through to a party representative, only to get hung up on because he was busy being interviewed by Wolf Blitzer live on CNN.

Again: Is this really the best we can do?

While there’s little doubt that the results that will eventually be released from Iowa will be trustworthy — there’s a pretty extensive paper trail of votes in each precinct — the resulting chaos has opened the door for a wide range of conspiracy theories and general distrust. Left-wing activists, already stung by what many view as attempts by the DNC to hamstring Sanders in 2016, claimed that the lack of results was an attempt to take away momentum from Sanders by failing to announce his victory, as foretold by multiple polls. Some drew attention to the fact that his rival Pete Buttigieg had prior entanglements with Shadow, the company behind the failed app. “It’s not a ‘conspiracy theory’ to be mildly curious about why the Iowa caucuses failed to produce results for the [first] time ever due to an app from a company whose CEO is a Pete supporter and whose board is packed with Dem establishment figures, after which Pete declared victory,” wrote the progressive pundit David Klion. Buttigieg did in fact tell supporters in a Twitter video early Tuesday morning that “we are headed to New Hampshire victorious,” despite the fact that precisely zero official results had been released.

Gleeful right-wing figures including the oldest sons of President Trump — who, by the way, likely had an easy night made better by all the Democrats’ disarray — jumped on the chaos, using it as an opportunity to promote divisions within the Democratic Party. “Mark my words, they are rigging this thing,” Eric Trump tweeted. The notion is obviously far-fetched; far more likely than some sort of vast conspiracy by the national Democratic apparatus is the simple fact that bureaucratic institutions like the DNC are extremely poorly equipped to roll out new technologies, especially for a use as complex and highly charged as reporting caucus results. Already, the Nevada state Democratic Party has declared that it will not be using the Shadow-developed app, as it had originally planned.

No matter what happens, Monday’s boondoggle in Iowa served as an implicit donation to Trump’s re-election campaign — and a major obstacle for every single Democratic candidate. Nobody is served well when an election devolves into internecine recriminations and obscure fights over things that most voters neither understand nor care about. As if to underline how petty all of this is, reports on CNN on Tuesday indicated that Joe Biden’s team may sue to block the release of the vote counts, questioning the validity of the results; you can decide for yourself whether rumors that Biden placed fourth in the first-in-the-nation state are a factor here. Either way, if that actually happens and the Biden camp is successful, it’s hard to imagine a more frustrating outcome.

All in all, it’s hard to disagree with the conclusion drawn by Justin Jackson, the running back for the Los Angeles Chargers, who tweeted, “The DNC is a joke run by corporate idiots.” Amen.