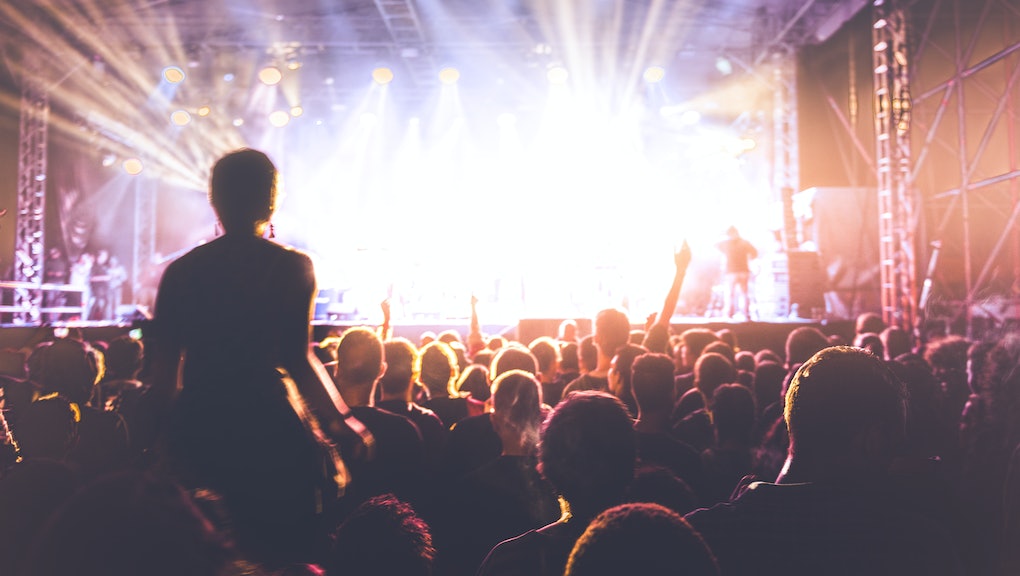 The live music industry will be irreparably changed by the pandemic if it isn’t quite clear to what extent. European countries like Denmark and Germany have hosted a number of stopgap events, including drive-in raves and concerts. With the United States lagging much further behind much of the world in flattening the curve, this sort of modified event becoming widespread feels like a distant reality, but one venue is already trying its hand at a socially-distant concert.

As Pitchfork reports, the venue TempleLive in Fort Smith, Arkansas plans to host a concert with Bishop Gunn singer Travis McCready on May 15th.The Southern rocker will perform in front of an unusual audience arrangement. TempleLive will slash its capacity from 1,100 to 229 seats, with fans portioned off into “fan pods” that will be spaced six feet apart to maintain distancing guidelines.

The show’s Ticketmaster page highlights a few other precautions the venue plans to take ahead of the show, including sanitation from a third party with fog sprayers, mask requirements, and a 10-person cap enforced at each restroom. Echoing the TSA-style entry precautions implemented by Texas movie theaters, all attendees will be required to pass temperature checks at the point of entry.

While it’s hard to imagine 229 people subjecting themselves to those conditions, just to see what appears to be the first concert in post-pandemic America, the venue appears to be violating the state’s guidelines for opening large venues. Pitchfork also notes that the reduced capacity still exceeds Arkansas Governor Asa Hutchinson’s directive capping large venues at 50 people. It’s set to go into effect on May 18, just days after McCready’s performance at TempleLive.

On Tuesday, Hutchinson extended the state’s state of emergency declaration through the July 4 weekend. The state reported just 56 new cases on May 5, a steep decline from its peak of 291 new cases on April 21st.

More like this
The moral of Nicki Minaj and the Tale of the Giant Balls? We need to explain vaccines better
By Kara Weisenstein
Nicki Minaj's cursed vaccine tweets show celeb transparency is a slippery slope
By Keith Nelson Jr.
The 8 best reality shows you're not watching, but should be
By Brandon Yu
Stay up to date