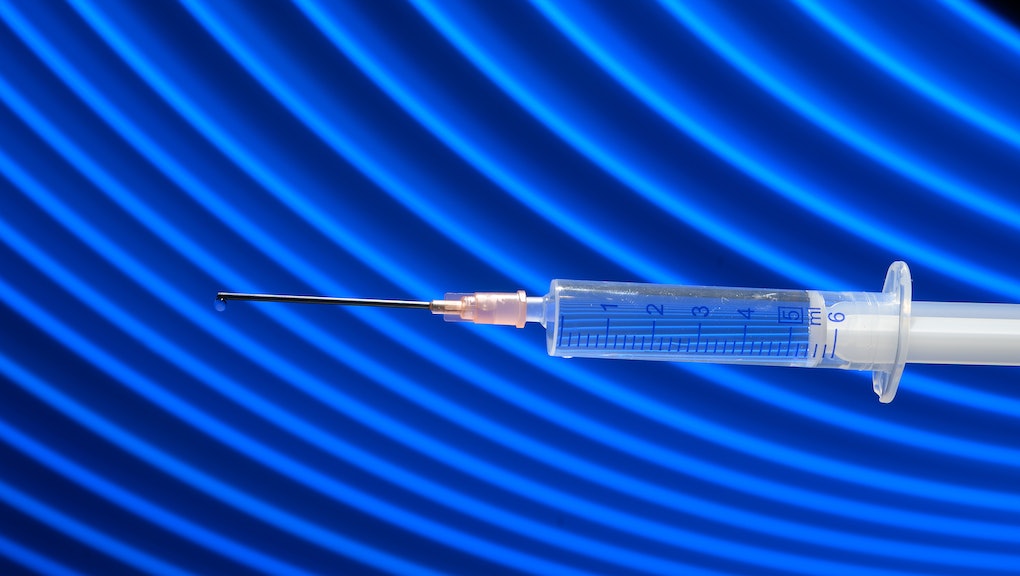 As the coronavirus vaccine gets more political, skepticism grows

As drug companies continue to race towards a coronavirus vaccine at warp speed, Americans are getting more and more hesitant about actually getting it when it’s available. After so much pandemic flip-flopping by officials, it’s becoming increasingly clear that, when it comes to a COVID-19 vaccine, the lines have blurred between public health and politics. Even as rates of infection are rising again in the U.S., interest in getting the coronavirus vaccine is evidently dropping.

According to new data from STAT News and The Harris Poll, the number of Americans who said they will get a vaccine when it is available dropped from 69% to 58% between August and October. The survey asked over 2,000 U.S. residents how they felt about COVID-19-related issues like vaccinations and masking. Across the board, Americans said they were less likely to get a vaccination as soon as it becomes available, but more likely to wear a mask.

But if you dig a little deeper into the findings, the data is more nuanced than that. Some of the changes of heart suggest “growing concern that the regulatory approval process for a COVID-19 vaccine has been politicized by the Trump administration in the run-up to the presidential election,” Ed Silverman said in STAT.

Could it be that Trump’s ambivalent attitude towards vaccination and the way he has downplayed the disease after infection are affecting whether citizens feel like they can trust a Trump-backed vaccine? Shocking.

There were also differences in opinion and behavior based on race. Forty-three percent of Black Americans said they would get a vaccine as soon as it was available, which is a steep decline from 65% in August. White people are also becoming less trusting of this hypothetical vaccine, but in less dramatic numbers. In August, 70% of white people polled said they would take a vaccine, and that number dropped down to 59%.

It makes sense that many Black Americans seem to distrust the medical industrial complex, which has been devaluing Black bodies during this pandemic — and also, forever. In an effort to rebuild trust with Black Americans, a group of Black physicians has created a vaccine testing task force — kind of like a dream team of Black doctors — who will test the vaccine themselves for safety and efficacy.

“There’s a historical level of distrust,” Rob Jekielek, managing director of The Harris Poll, one of the organizations that conducted the search, told STAT News. “And when you think about stalling the spread of Covid-19, these findings indicate that we face an increasingly bigger problem.”

More like this
Studies suggest that Pfizer is no longer the cooler vaccine
By Ian Kumamoto
Delta might be the last COVID nightmare variant we get
By Ian Kumamoto
Could fresh air be the key to ending the pandemic?
By Melissa Pandika
Stay up to date