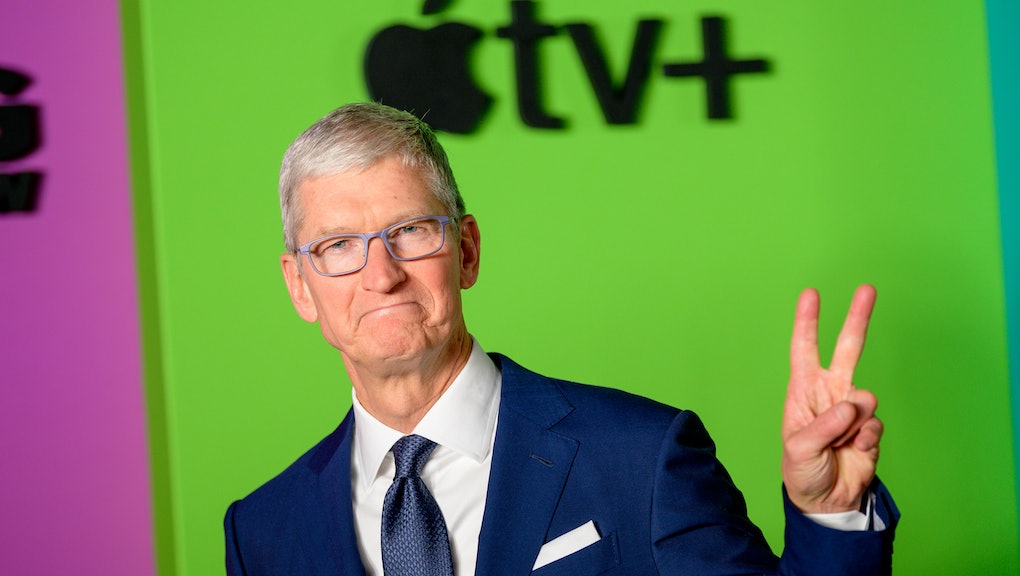 Apple TV+ has had a few hits in its repertoire, like The Morning Show and Dickinson. But so far the fledgling streaming service hasn’t been able to compete with behemoths like Netflix, HBO, and Amazon Prime. In an effort to differentiate itself from the herd, Apple is adding augmented reality content to its TV service, according to Bloomberg. By leaning on its roots in tech, the company hopes to attract new subscribers and drive interest in AR technology.

Here’s how it’d work: imagine you’re watching a series on Apple TV+ and you’ve got a corresponding app open on your phone. Characters or objects from the show would appear on your device and seem to interact with your IRL environment. For example, while watching the Apple TV+ offering For All Mankind, a lunar rover might pop up and look like it’s rolling around your coffee table during a moon-walking scene. Apple is likening the technology to bonus content, kind of like the director commentary you get when you buy a film.

The experience seems a little logistically complicated. Personally, the only second-screen viewing I do is watching Netflix on my TV and scrolling through Instagram on my phone. But Apple is beefing up its AR imprint in prep for the rollout of an Apple headset in 2022 that’ll be built around augmented and virtual reality content. The AR additions to Apple TV+ are expected to debut next year. Though Bloomberg noted Apple could scrap the plan, according to insiders. Its AR development endeavor has already been delayed by the coronavirus pandemic.

Apple has a few other tricks up its sleeves to make TV+ more relevant: it’s producing a suite of podcasts related to its original series, Bloomberg previously reported. The company is also experimenting with bundling its services, offering discounted access to its suite of entertainment services like Apple Music and Apple Arcade.

More like this
In 'Roadrunner,' Anthony Bourdain shows us the beauty of the mundane
By John Saward
8 shows like 'Ted Lasso' to watch if you need more feel-good TV
By Brandon Yu
Phoebe Bridgers and John Mulaney announced tour dates and the internet imploded
By Chloe Stillwell
Stay up to date