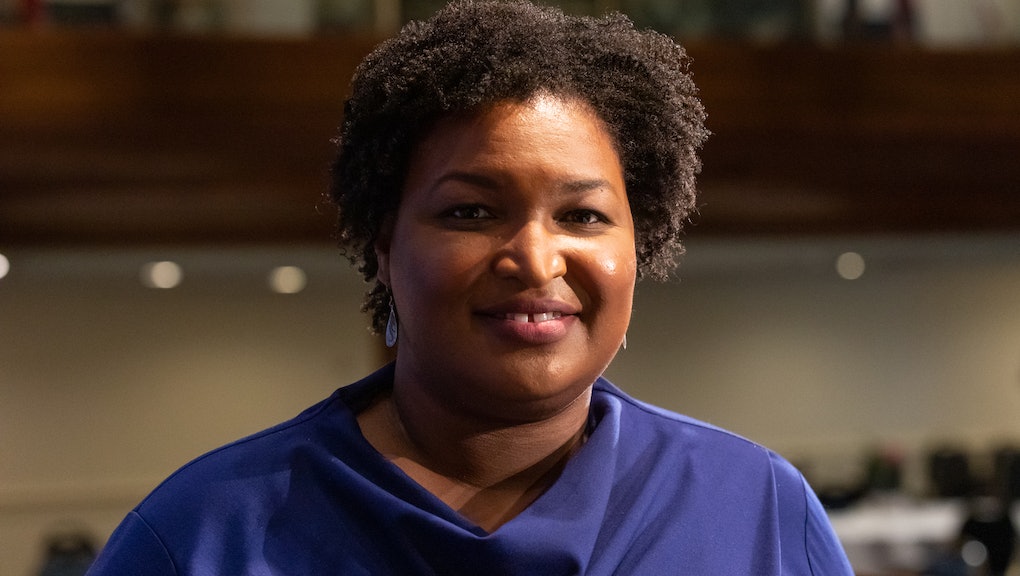 Behind Project 100, the Stacey Abrams-backed mission to give 100,000 families free money

"This is real, people," Mareen, a single mother of two in Ohio, says into her phone's camera, holding a stack of bills in her right hand. "They really do help you. ... This foundation is God-sent." In a matter of hours, Mareen, who recently lost her job due to the coronavirus pandemic, applied for and received a $1,000 cash transfer from Project 100, an effort to put $100 million in the bank accounts of 100,000 families in the U.S. in just 100 days.

The $1,000 no-strings-attached direct cash transfers are intended for the most financially vulnerable in the U.S. — people like Mareen, whose story was featured in a video on the Project 100 website. In the clip, Mareen explains that her daughters' father passed away in early March due to a coronavirus-related heart attack. "They're already grieving their dad," she says of her daughters, explaining that she was down to 45 cents in her bank account. "I don't want them worried about us having a roof over our head."

Project 100, a joint venture between GiveDirectly, Propel, and Stand For Children, evaluates applicants based on need. All applicants must be enrolled to receive benefits through the federal government's Supplemental Nutrition Assistance Program (SNAP), otherwise known as food stamps. Propel, a startup based in New York, has already set up a system for low-income SNAP recipients to track SNAP payments through an app, which the company is now using to connect with potential recipients of Project 100 funds.

The concept has some high-profile supporters, too. Former presidential candidate Andrew Yang backs the idea, along with 2018 Georgia gubernatorial candidate Stacey Abrams, the first Black woman to win a major-party nomination for governor.

Abrams said to Forbes that the direct cash transfers offer a "critical lifeline to Americans living paycheck to paycheck who have been crushed by the COVID pandemic." Even as individuals begin to receive their CARES Act checks from the government, evidence shows that the single federal payment won't be enough to support low-income residents. (A one-time infusion of $1,200, for example, won't even cover one month's rent in many major cities.) "Families in Georgia, in the South, and around the country need the additional support that the current CARES package can't provide," Abrams said.

Unemployment in the United States has reached an all-time high, and the dire economic situation has proved most destructive to families with little or no savings, which happens to be the majority of Americans. A much-cited 2019 study from the Federal Reserve reported that nearly half of American families couldn't afford a $400 emergency expense.

GiveDirectly has previously operated outside of the United States, in countries with higher poverty rates and less government assistance. In those countries, like Malawi and Uruguay, the organization has found that direct cash transfers have a multigenerational positive impact on academic participation, lower infectious disease rates, increase lifetime earning potential, and encourage healthy use of substances like alcohol.

Though Project 100 is the first initiative of its kind to offer a private-sector solution to Americans' pandemic-induced financial hardship, Yang centered his entire presidential candidacy around a pitch for a universal basic income, which would have dropped $1,000 in the bank accounts of every American adult every month courtesy of the government.

So far, Project 100 has raised a little over half of the $100 million it needs to disperse $1,000 to 100,000 families. The organization is hoping that those who are not suffering financially from the pandemic will choose to donate to assist those who are.