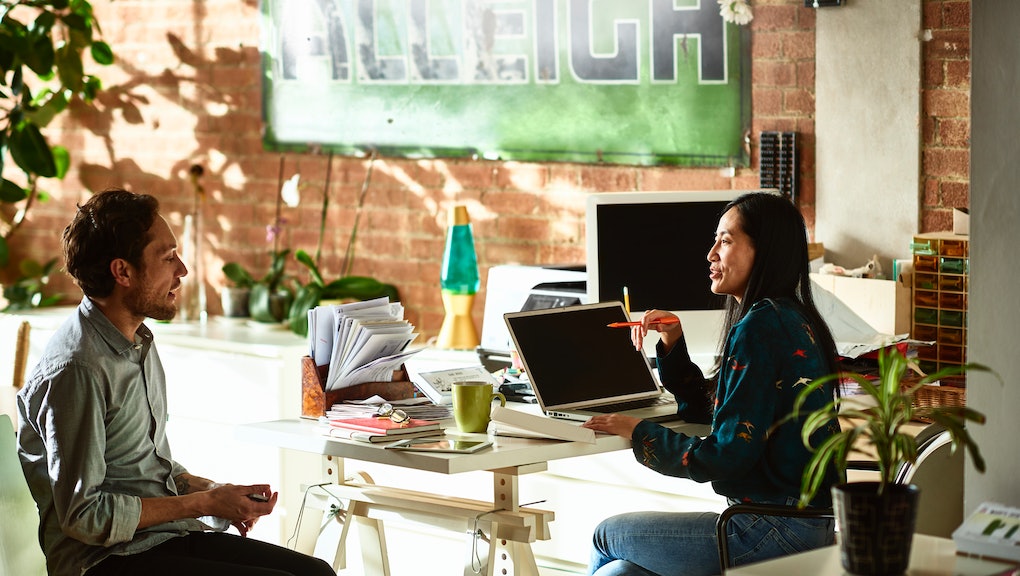 Being cutthroat at work won't help you get ahead. Here's what will

Everywhere I’ve ever worked, there’s that person. You know, the one who can’t be bothered with niceties, wants to be in charge of everyone, and seems to exist on a steady diet of ambition and condescension. The thing is, that even though a lot of people assume that he, she, or they will run the company — or the Western world — someday, new research shows that being cutthroat at work won’t make you more successful.

The study, which was released yesterday examined how different personality types fared in professional environments over the course of 14 years. Researchers at the Haas School of Business at UCLA, Berkeley followed participants along on their career paths starting from the time they graduated. They assessed each person’s agreeableness — or lack thereof — and measured their resulting professional success using a matrix that measured the rank they achieved in their organization, their control over subordinates, and their self-reported experience of how much power they had.

What researchers found was that disagreeable people, despite our cultural myths, don’t actually do better professionally. They were more likely to be dominant and aggressive — two characteristics that the research suggests do correspond with success — but less likely to engage in community and relationship building behavior. That self-centered tendency is what the researchers concluded held them back.

But it didn’t have to be that way. People who were better team players did better at work across race and gender. All that the jerks who didn’t get ahead had in common, was that they were jerks. “If disagreeable people had been nicer and maybe more communal to their colleagues, they might've had a leg up in the competition for power," Cameron Anderson, a professor of organizational behavior at the Haas School of Business at UCLA, Berkeley and lead author of the study, said in his findings. Why is that? Don’t nice guys always finish last?

Refreshingly, no, not according to the findings. "Everyone needs allies to be powerful," Anderson said in the study. "Very rarely can people have power and not have a strong set of alliances and a strong network. For disagreeable people, that erosion of their alliances is a killer." In order to get to the top, then, you need other people to support you, and that requires some emotional and social intelligence.

But if all that’s true, where did we get the cultural idea that you have to be cutthroat to be successful. Aren’t all successful people kind of assholes? No, Anderson said. We just notice assholes at work. “When we are presented with someone in power who's a jerk ... it sticks out to us,” Anderson said. “Examples of people in power who are just awful human beings are more available in people's minds." Hmm. I wonder why.

More like this
Remote work has made things even harder for marginalized employees, says a new study
By Tracey Anne Duncan
8 funding sources for BIPOC entrepreneurs
By Melissa Pandika
How to file your taxes: A beginner's guide
By Melissa Pandika
Stay up to date