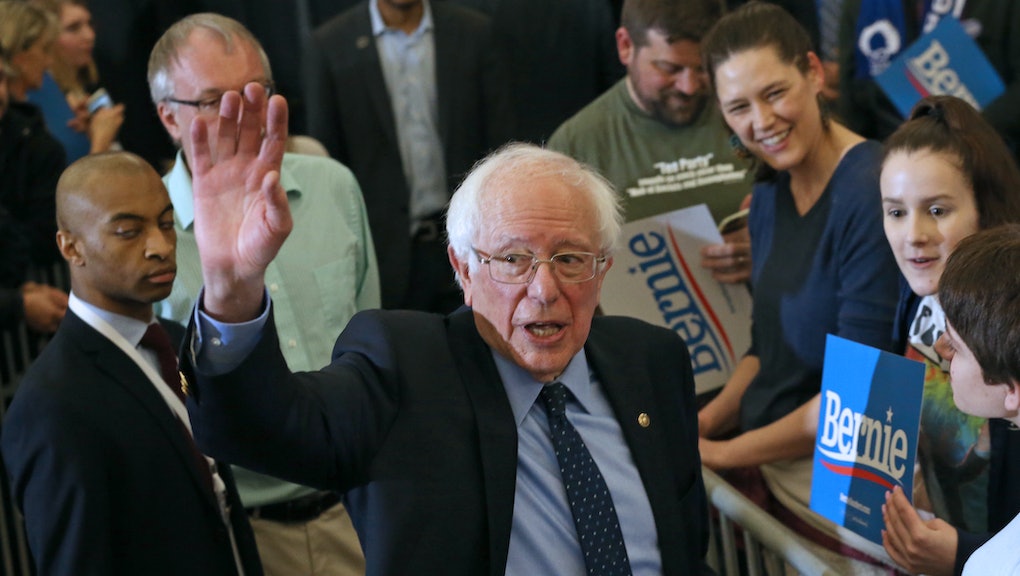 There's hardly a more striking example of the gross inequalities baked into America's financial system than the fact that the upper echelons of the country's billionaire class have seen their wealth skyrocket during the past few months of pandemic. At the same time, millions upon millions of non-billionaires suddenly find themselves on the verge of homelessness and grotesque poverty thanks to a cratering economy, historic levels of unemployment, and Republicans apparently eager to sacrifice human lives to appease their gods of the free market.

Given this obscene pandemic-fueled divergence in wealth, Sen. Bernie Sanders (I-Vt.) has proposed new legislation to tax the recent gains made by the richest Americans. The revenue would pay for a year's worth of medical expenses for everyone else through an expansion of Medicare that would cover all un- and under-insured Americans for a year.

The bill, dubbed the "Make Billionaires Pay Act," is fairly straightforward: a one-time 60% tax on any gains made by any billionaire in the country between March 18, 2020, and Jan. 1, 2021. According to Sanders, this would mean people like Amazon's Jeff Bezos would be subject to a $42.8 billion tax, Elon Musk would pay $27.5 billion, and Mark Zuckerberg would be on the hook for $22.8 billion. Despite those staggering amounts, Sanders claims America's billionaires would still retain a cumulative $310.1 billion in pandemic profits.

There are some important caveats to point out: The billionaires in question could see their tax burdens change based on how their wealth fluctuates over the rest of the year. Similarly, there's some debate as to whether the March 18 start date proposed by Sanders is, in fact, the most applicable time frame — should that range be moved back to mid-February, when the coronavirus pandemic was just beginning to hit the country, the number of billionaires affected, as well as the total of their earnings, would need adjusting.

Still, the fact remains that for the millions of Americans watching the richest of the rich continue to amass more and more wealth, there is a looming crisis that congressional Republicans seem unwilling to fully address. Sanders's bill aims to at least partially ensure that the windfalls of those already insulated from the worst economic crisis this country has faced in decades can be used to soften the cataclysmic effects on those most at risk.

"At a time of enormous economic pain and suffering, we have a fundamental choice to make," Sanders said in a press release announcing the bill. "We can continue to allow the very rich to get much richer while everyone else gets poorer and poorer. Or we can tax the winnings a handful of billionaires made during the pandemic to improve the health and well-being of tens of millions of Americans."