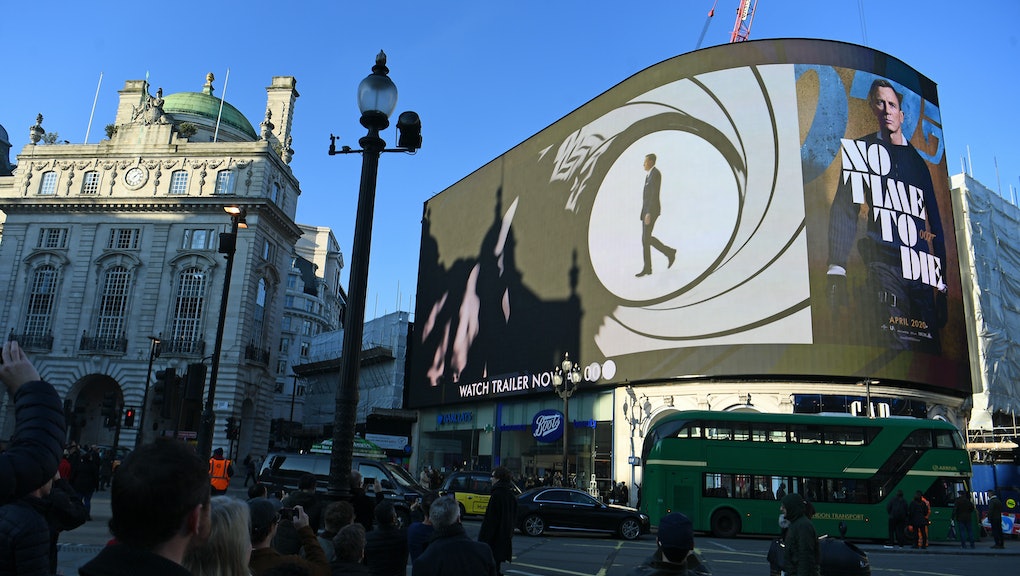 The next decade is likely going to be an unrecognizable wasteland of technology and disaster. And no one can truly predict how bad, or strange, it might get. But, there is one thing we can expect: lots and lots of movies. After a year of follow up films and trilogy closers, 2020 is slated to bring a ton of storylines, new and reimagined. Between Disney animated classics being brought to life and beloved characters getting reinvented, there’s plenty of to anticipate. Here's a taste of what to get excited for.

From Blumhouse, the studio brought us Get Out and Us, comes a horrifying twist on an old concept. Fantasy Island stars Lucy Hale, Maggie Q, Portia Doubleday, Charlotte McKinney, Michael Peña, and Michael Rooker. Peña stars as Mr. Rourke, who “makes the secret dreams of his lucky guests come true at a luxurious but remote tropical resort, but when the fantasies turn into nightmares, the guests have to solve the island's mystery in order to escape with their lives,” according to Rotten Tomatoes. The movie, due out February 14, looks fun and terrifying – and considering that Blumhouse has consistently delivered fun and interesting horror films, Fantasy Island is not likely to disappoint.

The joy and lightheartedness of the original Disney animated feature have been replaced by stunning cinematography and beautifully coordinated action scenes in the live-action edition of the film. Yifei Liu, Jet Li, Donnie Yen, and Gong Li star in the film, and celebrated filmmaker Niki Caro directed. The movie will be released in late March.

No Time to Die

This film will say farewell to Daniel Craig as James Bond and hello to Lashana Lynch as Nomi, the new special MI6 agent. It will also include all the elements that make this franchise work: international intrigue, a new and seemingly unbeatable villain, and stunning women foiling Bond’s plans. Cary Fukunaga will direct the fifth installment with Craig at the helm, which will be out in April.

Whatever evil forces that contributed to the overwhelming lack of Dev Patel on our movie screens in 2019 have been defeated for 2020 because we are getting a serving and a half in his leading role as David Copperfield, from the mind of Veep’s Armando Iannucci. Supported by a cast that includes Hugh Laurie and Tilda Swinton, this looks like it will be one of the most stunning and funny movies of the coming year. Due out May 8.

Jamie Foxx is starring in one of two of Pixar’s films coming out this year, this one about a middle school teacher who loves jazz and whose soul is accidentally transported to another realm after an accident. Filled with music and co-starring Tina Fey and Daveed Diggs, this appears like it will be the most joyful animated film of 2020, to be released in June.

This movie so far has no trailer or really much information other than it is billed to Christopher Nolan’s “most ambitious film,” according to Entertainment Weekly, which premiered a first look at the movie in mid-December. Starring a delicious lineup of Robert Pattinson and John David Washington, the movie is vaguely described as “an action epic evolving from the world of international espionage.” It doesn’t matter though. With a supporting cast of Elizabeth Debicki, Aaron Taylor-Johnson, and Kenneth Branagh, it’s guaranteed to be entertaining. Expect it to hit theaters in July.

Served up as a prequel to The Kingsman film series, Harris Dickinson, Ralph Fiennes, Aaron Taylor-Johnson, Gemma Arterton, Matthew Goode, Charles Dance, Daniel Brühl, Stanley Tucci and Djimon Hounsou will helm this World War action flick that about the origin of the spy agency that has become widely loved by film audiences. “Real power is understanding who it is you’re truly fighting,” Fiennes narrates. “And how they can be defeated.” Then an explosion. It should be a great time. The movie will be out in theaters in September.

More like this
How “stoopers” turned New York City sidewalks into trendy, sustainable thrift shops
By Jasmine Vojdani
'Paddington 2' has officially ousted 'Citizen Kane' as the greatest film of all time
By Kara Weisenstein
T-Pain just realized he accidentally swerved hundreds of celebs
By Kara Weisenstein
Stay up to date