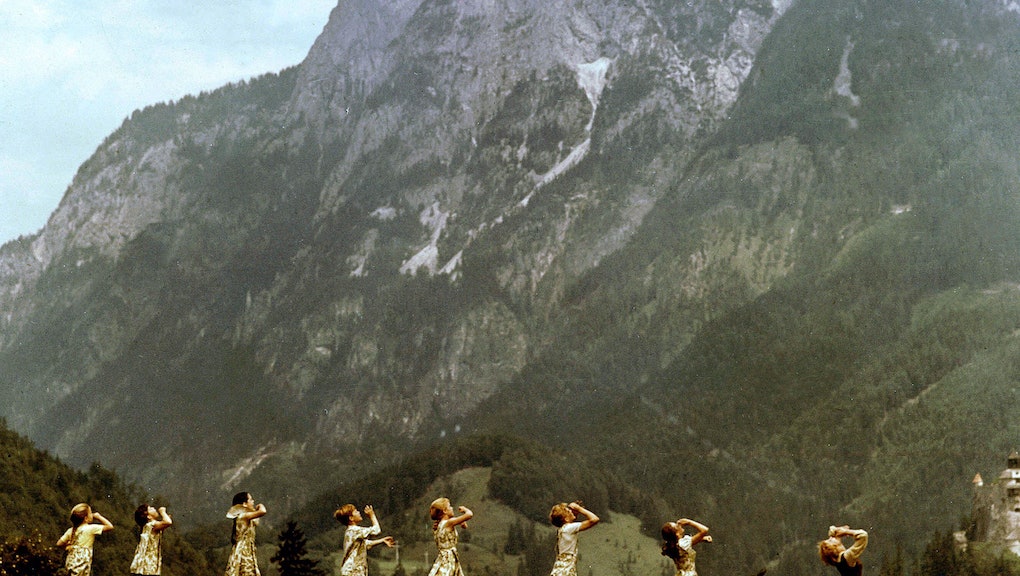 Life has probably never been “simpler,” but at the end of the 2010s, it sure doesn't feel like that. The close of a decade is causing us to think about a time when there wasn’t Twitter or Facebook, when movies were mostly either animated or live-action, not both. If you’re missing that simplicity, there’s no long-term escape, but there is now access to the Disney + vault, which is almost like a time machine. At least, for a few hours, you can travel back to when Disney only really released one movie a year and you were 6 years old or so, and had only recently developed object permanence as a skill.

Below, a chronological guide to the best nostalgia-inducing movies on Disney +.

This was the best way to learn that lying was bad as a child. Pinocchio wanted to be a real boy so badly he willed it into reality. Then he fell in with the wrong crowd, got swallowed by a whale, and ultimately had to apologize to his father. As children, we probably didn’t anticipate that we’d relate so hard to a puppet — but as adults Pinocchio’s decision-making feels a bit more familiar.

A spoon full of sugar still does help the medicine go down, and I still can’t spell supercalifragilisticexpialidocious. Julie Andrews is still an absolute dream, and the idea that there’s a woman who can give you comfort, guidance, and magic still sounds like an extremely appealing concept.

Julie Andrews truly ran the 1960s. The Sound of Music has lovely songs, features the charming Von Trapp children, and is based on a true story! What a combo. If you want to feel the way a bar of Irish Spring soap promises you’ll feel (fresh, clean, alive) stream this classic and be transported to the Austrian hillside.

Perhaps our first introduction to the concept of “taxation without representation is just theft” and also, “tax the rich,” Fox Robin Hood robbed from the rich, gave to the poor, and fought corrupt cops. What a hero. Watch this to wonder how such a simple yet powerful message seemed to get lost in the 1970s, and delight in the era of animation that left one feeling comforted by so many different deep shades of green.

Definitely one of the creepier, less popular animated films from Disney, The Black Cauldron is still a beautiful adventure story that has a delightful cast of characters and a creepy goth villain. It also has a stunning score. It’s the perfect movie to reminisce about the 1980s.

This movie made me want nothing more than to be shrunken so I could run around my house like it was Disney World and also fight ants. This made my imagination soar in ways that few others could. The sitcom nature of this family comedy is something that feels lost to the 1990s, and now all the movies about shrinking are tied to heady concepts like climate change and affordability. This was true when a movie could be dumb, fun, and entertaining. Take me back!

Joe Pesci! Macaulay Culkin! The wet bandits and an abandoned child. It’s a perfect Christmas movie, it’s a perfect heist movie, it’s all you could possibly hope for in terms of pure and simple entertainment. Nowadays, it’d be impossible to leave your kid behind like that. The invention of cell phones nullifies nearly all of the challenges presented to young Kevin and his mom. Sitting through an hour and a half of entertainment where no one has a cellphone? Just vibing and thwarting house burglars? Excellent.

Whoopi Goldberg in all of her glory. Nuns, convents, sisterhood, choirs! It’s her most beloved role, in one of the most beloved films of the 1990s. “Hail Holy Queen” still hits. If you want to feel closer to a heavenly being (Whoopi Goldberg), this is the movie to stream.

Scottie Smalls is one of the few kids who had to be encouraged to get into trouble. But when he finally does it, of course, it’s spectacular. It involves a Babe Ruth baseball, a gaggle of friends, and running free in his neighborhood over the summer. It will make you miss your own childhood summer days when all you had to do was run around outside and not bother your parents.

In a year when a live-action remake left people a bit unsettled, nothing feels better than going back and watching the original Lion King, which features stunning animation, an excellent soundtrack, and warthog that was actually cute. Seriously, why did they make Pumbaa look like that in the live-action version?

The music! The theatrics! Hades! Hercules was such a fun Greek mythological adventure, and a good portion of the films numerous jokes still stand up today. It’s part romance, part action, part coming of age adventure. You’ll find that you probably still know all the words since your last viewing.

With the new, and very awesome looking, live-action Mulan movie slated to be released in 2020, there’s no better time to revisit the story of the most kickass Disney princess. With music by Christina Aguilera and 98 Degrees, and spectacular voice acting from Eddie Murphy, the original is worth a revisit before you buy your tickets for next year’s movie.