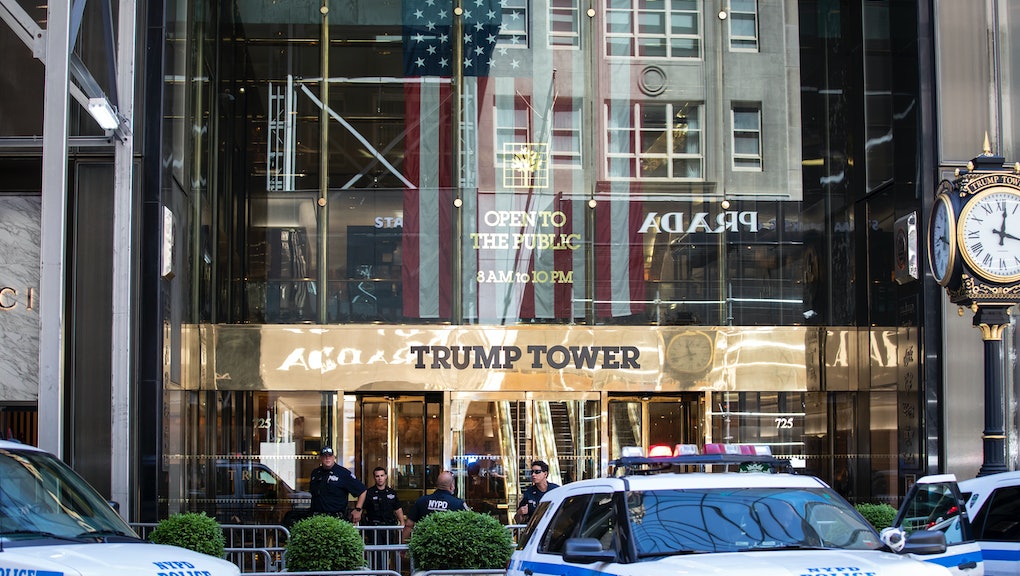 If politics is, as German statesman Otto Von Bismarck once suggested, "the art of the possible," then let it be known that New York City Mayor Bill de Blasio is perhaps the worst artist of the 21st century, to date.

After weeks of police riots against protesters calling for racial justice following the killing of George Floyd in Minneapolis, de Blasio has struck upon a truly toothless gesture, utterly devoid of any practical use, seemingly with the sole purpose of trolling President Trump: He's going to install a "Black Lives Matter" mural outside the president's eponymous gold skyscraper in Manhattan.

"Any time [Trump] wants to set foot in the place he claims is his hometown, he should be reminded Black Lives Matter," a city hall spokesperson said in a statement announcing the mayor's plan.

In fairness, de Blasio is not the first mayor to opt for a grand display of public art in place of any meaningful action. Earlier this month, Mayor Muriel Bowser of Washington, D.C., covered a strip of 16th Street leading up to the White House with the same phrase, large enough to be visible from outer space. The mural, painted shortly after D.C.'s Metropolitan police swept through residential neighborhoods, kettling masses of protesters and trapping dozens in a strangers home for the night, was decried as a "performative distraction from real policy changes" by the D.C. chapter of the Black Lives Matter movement.

"This is to appease white liberals while ignoring our demands," the group added. "Black Lives Matter means defund the police." Bowser, meanwhile, has put forth a budget that would increase funding for the local police force.

Which brings us back to de Blasio and his laughably empty attempt to troll the Trump family with a public art installation. This is, after all, the same mayor who went out of his way to laud the NYPD for their "tremendous restraint" after officers were filmed driving a police vehicle into a crowd of protesters. And this is the same police department that has spent the past month of protests beating people in the streets, spraying them with chemical irritants seemingly without cause, and assaulting reporters on the ground.

For his loyalty, one of the local police unions rewarded de Blasio by doxxing his daughter.

Indeed, despite his recently announced and largely uninspiring efforts to "reform" the NYPD, we've since learned that, if anything, cops in New York most likely kill twice as many people as is publicly reported, with deep racial disparities throughout.

It is in this context that de Blasio has decided to ... troll the president with a mural. A mural! What will this accomplish? Nothing. Will the president even notice? Probably not. Is this just performative allyship in place of actionable policy? Absolutely.

More like this
Derek Chauvin's lawyers seriously just asked for probation instead of jail time
By Rafi Schwartz
A Minnesota college professor raised $200k in Philando Castile's name. Where did the money go?
By Rafi Schwartz
Here's a chilling peek into just how close Trump got to running a police state
By Rafi Schwartz
Stay up to date